7 Steps You Need to Take Before Changing Doctors

I have talked with many people who have changed doctors or are looking to change doctors for varying reasons, but the commonality is that they don’t feel like they were receiving a certain standard of care. You know your body better than anyone. If a doctor is trying to push a treatment on you that you don’t agree with or don’t want to put in your body, you have the right to say no and get a new doctor. If you feel like the doctor doesn’t know what they are talking about, you have the right to get multiple opinions from different doctors.

Changing doctors can be a daunting task and elicit anxiety, but it can be necessary for you to receive proper health care. I know this firsthand as I have been to over 20 doctors in the last ten years trying to find answers for the chronic illnesses I’ve been living with. Unfortunately, the first doctor we go to isn’t always the best or most knowledgeable. Hopefully, I can provide you with some tips that help minimize these feelings as much as possible. These are some things I did right before I had my hysterectomy in 2014 and continue to do so. I wish I would have done these much sooner.

1. The first thing I did was make a list of all of the treatments or medications I had tried that obviously didn’t work because I was still experiencing pain and other symptoms.

2. After I made this list, I put beside each one which doctor prescribed the medication or treatment and their specialty.

3. Next, I made a list of all of the surgeries I had and any procedures (CT Scans, ultrasounds, etc.) I remembered having along with the date and doctor (year, month and year; as much information as I could remember).

4. I then went to the offices of as many of my past doctors as possible and requested personal copies of my records. I know this can be time-consuming and maybe even bothersome because some doctor offices would prefer to send them to your new doctor instead of giving them to you and we really don’t feel like running all over town getting them. Also, some offices require that you pay for copies of your medical records. This is all ridiculous as it’s your health records, but this is our health care system. Many doctor offices and hospitals now have patient portals that allow patients to view their medical records from home and print them. Be sure to utilize this tool.

5. Once I got all of the records I could, I scanned them to my computer and made copies of them so I would have my own personal copies in case my new doctor wanted to keep copies. Yes, the new doctor should be able to make their own copies for your file, but it’s better to be on the safe side and make sure you will still have copies.

6. I also made a list of all questions I could think of that were relevant to what the doctor was seeing me for.

7. I saved all of this on my computer so I could easily access and print it when I needed to, or make any changes to it.

I think being as detailed as possible will only help you with your new doctor and make them realize you are only trying to find answers to help you feel better. Unfortunately, some doctors will still think we’re being dramatic or a tough patient to please. If you experience this, please find a new doctor. It is not all in your head. You did not do this to yourself. You are not a tough patient. You are not being dramatic. You are important. You deserve the best care possible.

If all of the above information doesn’t allow your new doctor to see all of this, they aren’t worth your time, money, aggravation or tears. It may take you seeing several doctors and essentially starting over to find the right doctor for you, and that’s OK. There isn’t anything you did wrong if this is the case for you. I’ve been there. It may seem like a full-time job, doing all of this for your health, but if you don’t do it, who will? You only get one life and you are worth it.

Back when I was a teenager, just diagnosed with endometriosis, I thought it was wrong to change doctors or contradict what your doctor is telling you. I thought I could trust them. However, I have come a long way since then. I now know changing doctors has been necessary for my health and advocate for people changing doctors if they don’t trust what their doctor is telling them, like how they are being treated, etc.

Here are two examples of recent doctor changes; one I felt I needed to make and one that was out of my hands.

In January, I had surgery for a kidney stone by a urologist I had just started seeing. After this procedure, I was still having pain and infections a month later. This urologist told me it was because my body was still recovering from having a stent and then it being removed two weeks later. I decided I wanted a second opinion and made an appointment with a urologist I trusted who was two hours away. The appointment would be the following month — two months after having surgery.

During my appointment, I told the new urologist about the surgery I had two months prior and that I was still having pain and infection. He agreed that having lithotripsy and a stent in two months ago wouldn’t still be causing my issues. He tested my urine and said it showed infection; he prescribed me an antibiotic I hadn’t been on. I felt better within a week and haven’t felt like I had a urinary tract infection since.

Most recently, the gastroenterologist I saw for the first time left the office. I only saw this doctor one time and had no control over being referred to a different doctor in the same office. Before the appointment with the new doctor, I had been to the emergency room six times since January. I printed all of my records from my patient portal from the hospital and went to medical records to get a copy of my most recent CT scan. Even though I had been to that office before, I felt like I was essentially starting over and would rather be overprepared than underprepared. I didn’t want to continue repeating liver enzyme tests as that would be putting off surgery even longer and I had proof they were higher than normal multiple times. I’m very thankful they looked over all of my records I brought and agreed with me. Had I not brought them, I may be in a different situation.

The moral of these stories: Trust your gut. Trust your instincts. Trust your body. Keep fighting for your health. If something your doctor is telling you doesn’t jive with what you know, it’s OK and may be crucial for you to get another opinion no matter the illness. If your doctor isn’t hearing what you’re saying or treating you properly, it is OK and may be necessary to change doctors. You have to take care of yourself and do what’s best for you.

I hope you find this information helpful.

Photo by Sebastian Pociecha on Unsplash

Share
or  Copy Link
Link copied to clipboard.
Be first
339 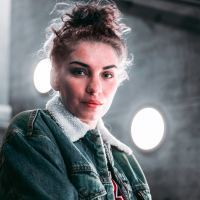