What I Wish People Knew About My Son’s Dyslexia

Anxiety, depression, ADHD and dyslexia are learning disabilities that are often silent. From looking at someone, you can’t tell they struggle to see words or sounds. You can’t identify that his mind is working 10,000 miles an hour. You can’t tell that under the surface, she is itching to break down or simply escape.

Sometimes our difficulties and disabilities are silent. And sometimes people say or do things, even unconsciously, that do more harm than they realize.

What I wish people knew about my son’s dyslexia is that it’s something he hides well.

When you look at him, you can’t see that he’s frustrated. He puts a little smile on his face and keeps pushing on. He says, “OK,” with a quiet genuineness that’s hard to see through. He opens his book, turns to the page, lets his eyes can slowly and deliberately.

But that doesn’t mean he’s reading.

He nods yes, and turns left at the corner like you told him to. But that doesn’t mean he knows his right from his left. And every time you shake your head and roll your eyes, “No, your other left,” he hangs his head, feeling inadequate once again.

What I wish people knew about my son’s dyslexia is that sometimes it’s the little things.

It’s not his reading level being grades behind. It’s not the frustration that happens when we sit down to try to complete homework. It’s not even the way his peers bully him for not knowing what the poster says.

It’s turning the knob on the washer the wrong way. It’s reading, “shift” as a swear word and turning bright red. It’s not knowing the instructions when everyone else is already on question five.

And it’s not because he doesn’t care or isn’t paying attention. Often, it’s because he’s just not sure or is too embarrassed to ask for help.

What I wish people knew about my son’s dyslexia is that it’s exhausting.

It’s exhausting to wake up every day and try to remember the next step in getting ready for school. It’s exhausting to have that 15 minutes of silent reading time in class and only get through two pages. It’s exhausting to try to configure assistive technology independently, to ask for help again, to go from class to class and still feel lost, only to come home and have homework and tutoring that despite progress, still feels so far behind.

He’s not exhausted after doing three problems because he’s “being difficult” or “not trying.” He’s not pretending because he wants you to do the work. Sometimes even the smallest things are infinitely harder.

Sometimes he simply wishes to have a break.

What I wish people knew about my son’s dyslexia is that he’s trying.

Or maybe what you think you know isn’t what’s there.

Maybe if you look beyond the stereotypes, the levels, and the scores you’ll see a child just trying to find his place in the world. A child who is just as worthy as anyone else, even if he is a little behind.

This story originally appeared on My Momish Moments.

Share
or  Copy Link
Link copied to clipboard.
Be first
181 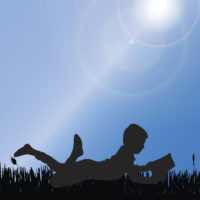