So, if you look down, you’ll see three pictures of me in a pink sweatshirt that were used for press for a play I was in during May 2019. 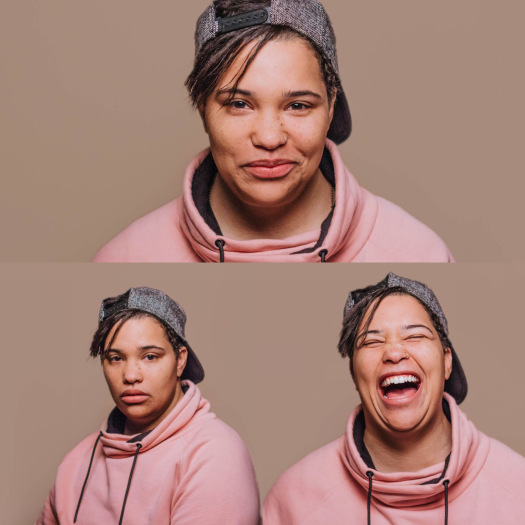 From the picture on the top and left, you can see the joy I have in my eyes to be involved in Brainfood, an off-broadway play in New York City, at Brunch Theatre Company sponsored by #halfthestory (the major online mental health platform on Instagram), which is a collaborative show with eight plays all centering around mental health. This show is an amazing opportunity to be in and I could not be more grateful to be part of it because acting is my calling and career, but mental health awareness and advocacy comes right in second place to that.

But can you look closely and see, in that second picture, that look of uncertainty, fear and sadness? There’s a resilience there too but it’s buried deep down, built up over time.

Even working on this show has been filled with self-doubt, and my own mental illnesses have come to the forefront, rearing their ugly, monstrous heads, causing me to think I’m talentless and I don’t deserve a place in this show.

My obsessive-compulsive disorder (OCD) tells me to not take breaks until I’m perfect on my lines, which sometimes means hours without food or water (and “perfect” is a concept that does not and never will exist for any of us — sorry, my loves). My attention-deficit/hyperactivity disorder (ADHD) in complete juxtaposition makes it near impossible for me to sit down for long periods of time before I realize I am staring at dots in the wall or watching out the window and I can’t even get through the line I am trying to memorize or speak aloud to myself without stopping mid-way through.

Being a human with mental illness is difficult enough, and I find being an actor on top of it is an interesting combo. The depth I have as a person due (also the trauma I’ve endured outside of my illness) simply due to the chemical imbalances in my brain and the experiences I’ve had because of them, allow me to tap into levels I think others cannot. But that adds a thicker wall: the ability to allow myself to be seen.

So much stigma already surrounds mental health (which is what this show is aiming to bring awareness to and make a dent into ending) but much of my life, I’ve been told “I’m too sensitive,” “dramatic,” “clingy,” and “ moody.” Well, friend, some qualities can all be traced back to one of the diagnoses I have and is rarely talked about: borderline personality disorder (BPD).

What I’m trying to say is: even though there is sadness behind my brown eyes in that second picture (and resilience in the others), as an actor, I want to work through my mental illness, try to strip back those layers and use the pure stigma that was blanketed over the years of the “you’re too _____.” I’ve heard it my whole life and allow myself to be seen because that’s what this show is about: being seen, saying, “mental illness is OK and it’s OK to admit and say ‘I am struggling.’”

To think I am able to explore some of the depths of my mental illness because I responded to an ad for a theatre company two years ago on backstage.com is mind-blowing. I never thought a magazine that used to sit on a table at my theatre schools and page through between classes had a website, let alone a website that would then allow me to apply and eventually get cast, giving me the opportunity to now, in 2019, return to my second season with this theatre company. It is beyond me.

Also, the fact that the writer of the show reached out to me specifically to play this part of Paulo, a young man who is a burn survivor and struggles with body image and disordered eating, is not a coincidence. The playwright fashioned the script around me and my struggles with weight because she had me in mind because she knows me personally. Some of my own thoughts and words from journaling were used as actual dialogue in the show in addition to the beautiful dialogue she wrote. Inevitably, she ended up molding the character around me, which made it a very raw experience. Although I am not a burn survivor, the feelings of identifying as a male and being shamed for having an eating disorder are part of my history, woven into my daily life.

The show is set in monologue format with direct address to the audience, so I am speaking to specific people each night and aiming my lines at audience members. The stage is also set on what is called a “traverse stage,” simply meaning the stage is in the middle and the audience is on both sides, kind of like a tennis court. 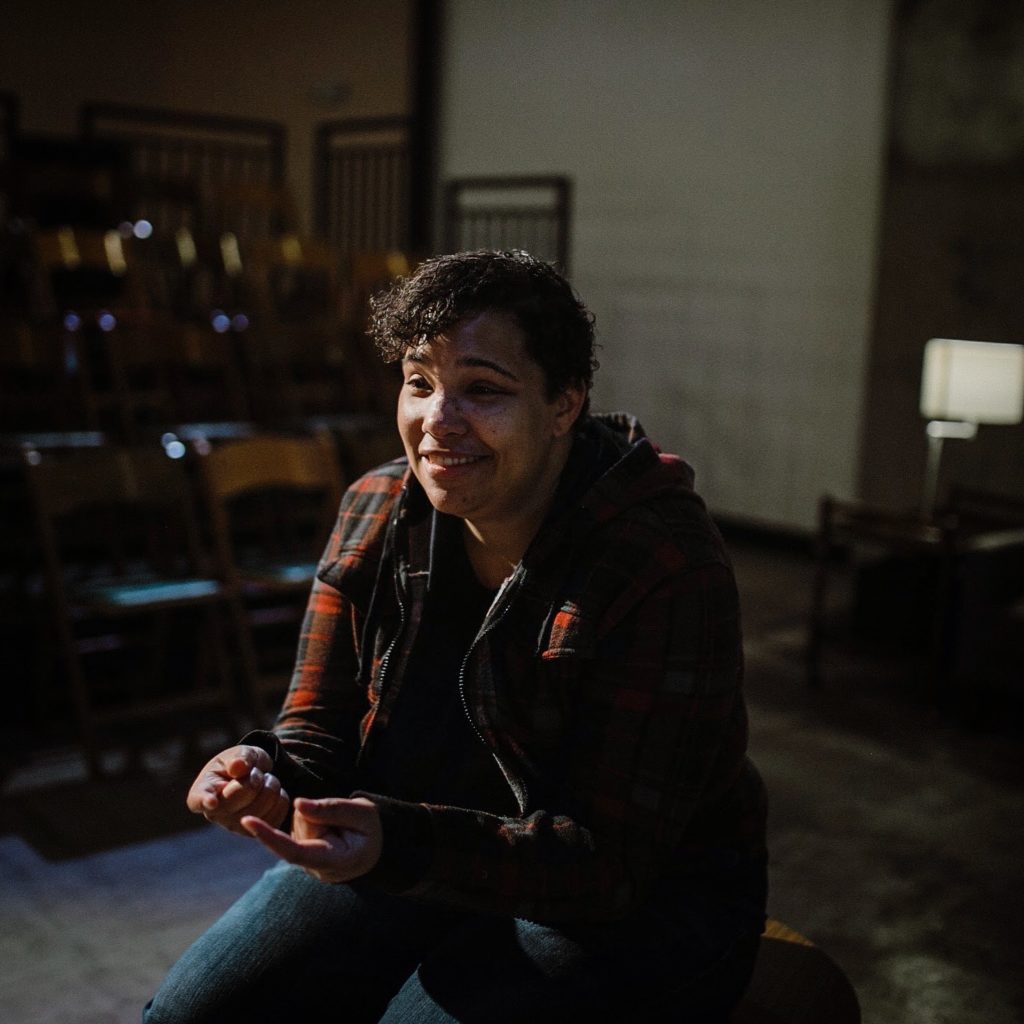 So, to think I was essentially laying myself bare to the whole 100-seat theatre and talking about my struggles with eating and body image nightly is daunting, even if it was under the guise of acting. To have aimed those hurtful lines where I would imitate the mocking that Paulo heard — “Guys don’t have eating disorders. Weak. Loser.” — and his outward plea of stating there is a body image movement going on for women, and acknowledges it’s great; he feels left out of the conversation and is begging to be heard and validated in his struggles. It is something I relate to and terrifying to “admit” on stage.

I grew so much from playing this part and now, months later, he still stays with me. The lessons I learned in that show have shaped me. The experience overall was taxing emotionally. Even though it was a short run, getting myself into the headspace to play him was a challenge each night and I always felt deflated when I stepped off stage because so much of me was woven into him. All the torment that came up in my own mental illness when approaching the part and working interpersonally with the director and other actors was draining.

It’s scary to be working through mental health problems, but I’m glad I’m being challenged in my work, and I’m glad I’ve been given the opportunity to do so.

Share
or  Copy Link
Link copied to clipboard.
Be first
65