It’s been a very busy few weeks. I’m a professional photographer and when the work is there, I have to take it. Who knows when I’ll get another job? In the past two weeks, I have been blasted with work, which is a good problem except that I totally wore myself out and got sick. I’ve had a bad cold for the past week and it continued through a massive three-day out-of-town shoot I had earlier this week. When I got back home, I hit the bed and haven’t been out of it much since.

Today, I decided I wanted to get out of the house. I really don’t think I’m contagious and my coughing is at a minimum, especially when I’m sitting up, so I wasn’t worried about infecting anyone. So, I decided to go to a social activity I’ve been looking forward to attending for a few weeks.

Background: One of the things I’ve been doing lately is learning sign language. This is something I’ve been trying to learn since I was probably about 10 years old, but for various reasons have never been able to get fluent. Even though this is an extremely busy time of my life, I found a wonderful (and free) American Sign Language (ASL) class at a local church and it’s been so much fun finally being able to feel confident enough to talk to those who are deaf.

Recently, I started attending the deaf church held at the same location as the classes. So far, I love it. It’s small, and the people are very friendly and extremely patient with my bungling ASL. Well, this church was invited to eat Thanksgiving dinner with another deaf church in the area and I was told they would love for me to come too.

It was today at time of writing this. Actually, it’s still going on.

Obviously… I’m not there.

I went. I’m proud of myself for going. My boyfriend was supposed to go with me but he had something else he had committed to that he remembered at the last minute. I thought I had met enough people from the deaf church that I would be OK going by myself.

But when I got there and saw not one person I knew, it was too much. I hid in another room for about 30 minutes while I texted a couple of those I had numbers for and tried to get my courage up enough to go in. When one said she wasn’t going to make it and the other didn’t answer, I decided I couldn’t do it and left.

This has happened before. It’s not just because it was a group of people with whom I would have to work at communication. Two times come to mind:

1. I went alone to a Christmas party with people who had been dear friends for years. I don’t know what triggered it, but I ended up hiding in an unused room so I could cry and be alone until I got up the courage to leave.

2. I went alone to a women’s conference I had heard wonderful things about. I did OK for the sessions because I could sneak into the back and just listen, but when it came time for lunch, I couldn’t make myself walk into the room and sit with a table of strangers. I had a small panic attack in a side room before the main eating area started to clear out and I was able to go in and eat.

The obvious common denominator of these three instances is that I went alone. However, it’s happened before if I’ve been with someone. So that isn’t it.

I realized about 10 years ago that I have social anxiety disorder. When I read the description, it explained so much! But at the time, I remember wondering why there were those times I was almost frozen with fear in a social situation and why other times, I was OK. (I was never “great,” but I could hold my own in some instances.)

About six months ago, I was diagnosed with bipolar disorder. After learning more about the characteristics: mind blown!  So much more made sense at this point, like an answer to the “why” in the above scenario.

Back to today. Not only am I in a low cycle with the bipolar (in other words, depressed) but I am also coming off a physical state of exhaustion from illness and overwork. I knew this when making the decision to go. My desire to get out of the house and try to be social overcame my fear of it not going well.

So, maybe it’s not actually a “failure.” Yes, I wasn’t able to stay. Yes, I ended up in a room by myself crying when others were socializing. Yes, I drove 30 minutes there only to turn around and drive 30 minutes back home without getting to use my ASL skills, learn more signs or meet some wonderful people (and possibly even have fun).

But I did go. I didn’t stay in bed and worry about whether I could do it or not. I wasn’t debilitated before even getting out of the door (which has also happened in the past). So even though the day wasn’t exactly the success I had hoped for, calling it a failure isn’t right either. It’s just one more step in getting better, and that’s OK.

Share
or  Copy Link
Link copied to clipboard.
Be first
16 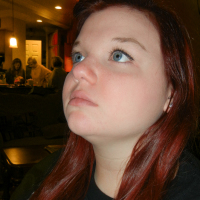