“That’s one thing you learn in sports. You don’t give up; you fight to the finish.”
– Louis Zamperini

A cool breeze rustles through the forest, rustling vibrant leaves of red and orange down on the bike bath. Leaves crunch beneath me as I run through the forest, the tall trees looming over. I take in the sickly sweet smell of the forest that can only be found during the best season: autumn. 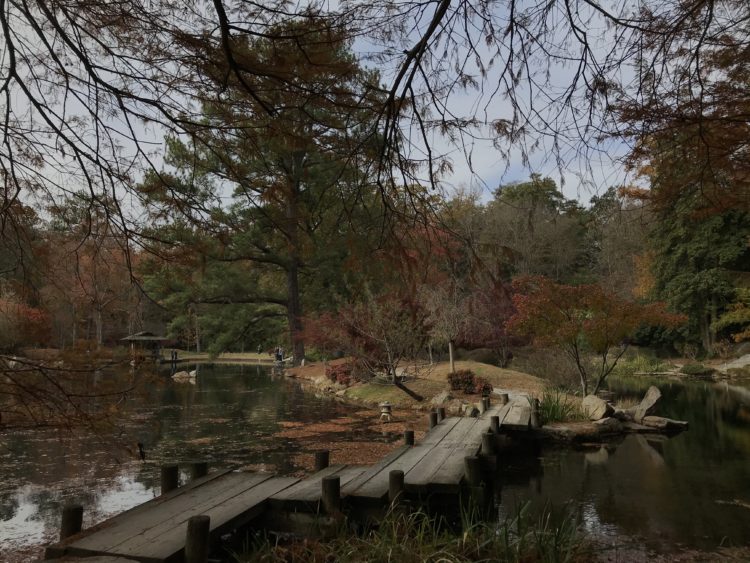 If you asked me before why it is my favorite season, I would automatically say, “because it’s cross country season.” But that’s over now. I finished my last cross country race in November. One word describes how I feel — relief.

My fellow senior teammates were saddened at the thought of running our last cross country race. A friend from another team finished the race in tears. But I wasn’t overcome with feelings of sadness or grief, only the overwhelming feeling of relief.

Relief that I have to never race cross country again.

14-year-old me would be appalled. When the chronic headaches started in eighth grade, robbing me of my energy and slowing me down, stopping cross country was never considered. Not even when the migraines became daily, when the muscle spasms and body pain became a constant companion, did I ever stop or even think about it. I loved running too much. I learned to adapt to running with the pain: running shorter distances (than I would have liked to), running with Gatorade, taking salt tablets and only running hard during races. It paid off because of all of the places cross country has taken me — on the numerous forest trails in New Jersey, on fields in Pennsylvania, the rolling hills of Virginia, even to Kentucky and Rhode Island. I joke that running with the club cross country team is the only reason I know DC so well.

But almost eight years of living in constant pain is taking its toll. The pain gets worse when I run. Last year I thought of quitting running entirely.

I was running on the sidewalk past all of the different embassies, one of my favorite DC runs, and the pain became unbearable — the searing, burning migraine blurred my vision, my hands and legs numb, sharp pain stabbing my back and taking my breath away. I slowed to a walk, trying to calm myself down. Glancing at my watch to check my distance, tears burned my eyes: 0.75 miles. Not even one mile and I had to stop. If I can’t make it even one mile, how can I run a 6k (3.73 miles) race? In that moment I wanted it all to stop. No more running. No more pain.

Unfortunately, life isn’t that simple. Chronic pain is chronic and not running isn’t going to make it go away. In my case, not running would only make it worse — my doctor told me running was why I still had mobility at 15 years old. Running has kept me functional and decreased my baseline pain level, even though it doesn’t always feel like that. So I made a promise to myself to continue running and finish the season. When that was over, and I’ve made it so far, I promised to finish my senior year season.

When I crossed the finish line of my last cross country race, I wasn’t focused on the fact that it was my last race, the time I ran or even the relief it was over. All I could think about was the pain. The muscle spasms I was fighting the entire race worsened when I stopped, forcing my back to curl. I fought to not cry, to not fall over immobile with the pain and to keep on moving. Thankfully my teammate saw how I was struggling during the race and brought me my medicine bag, with my muscle relaxer and Gatorade. After that race I had a migraine lasting a week. It was the third time that season I admitted to myself that running the race wasn’t worth it. It wasn’t worth the pain the followed.

I felt ashamed at my admission, like an imposter to my team. How could I say I love cross country when I was so relieved I would never have to race again?  How could I call myself a runner when I don’t think running my race was worth it?

Because despite those feelings, I still am a runner.

Giving up what you love wouldn’t make the chronic pain go away. Sometimes it’s hard to admit, and even harder to accept, the limitations pain imposes on you. No one wants to give up the things that make them happy, the things they love. It’s hard to admit to yourself that doing what you love is less fun or less enjoyable, because of the shame associated with it. The shame of not being strong enough to push through the pain. The shame of letting the pain control you.

But that is OK.

It’s OK to admit that the pain makes your favorite activities less fun. Don’t feel ashamed in admitting that or feel ashamed when you give something up. Because it’s your life and you have should live it the way you want to. No one has any right to judge.

If I had the choice to do it all over again, I wouldn’t change a thing. I would still run cross country — because of the amazing places I have ran, the incredible people and teammates I have had the privilege of meeting and befriending and the community of fellow crazy-heads who genuinely enjoy running long distances. Because, despite the pain it caused, cross country was worth it.

So if you can help it, I encourage you to keep on fighting for the things that you love. Even if it hurts. Even if at times it seems unbearable. Because one day you may no longer be able to do those things, and all you’ll have left is the memories of what you could do. So remember the good, and it can outshine the bad. You deserve that.

Now if you ask me why autumn is my favorite season, I’d say “it’s because of trail runs through the forest and watching the leaves change color.”

Share
or  Copy Link
Link copied to clipboard.
Be first
516