Recently I had a class in which I looked foolish. This is normal for most people, but as an introvert who hung out in the back of the class, in class sizes of 300 people I usually didn’t have to talk. Being put in the spotlight was never something I was used to. I am a graduate student now and my average class size is 10.

My class centered around interviewing the author of a social justice work book we read for the course, and I was very excited. I loved the book, and as someone who was a communicator for a church and trying to empower women and people in general in the chronically ill community, I had a lot of questions for her.

I am not articulate, so I wrote my questions down in advance. It had been a while since I finished reading the book and I wrote my questions that day so this was my likely faux pas. My questions to her centered around racial and gender identities and how they related to chronic illness and disabilities. I explained I was working on trying to make a positive difference with a somewhat girly chronic illness blog about personal identity, self-advocacy and empowerment. The author responded that tutorials on how to look pretty for doctors’ appointments and individual activism are not how we overcome systematic injustice.

I have a few thoughts here. First, it is correct that individual activism is not how chronically ill and disabled people overcome systematic injustice. We must all share our stories honestly and openly with bravery. This is how we can seek each other out, join forces and bring awareness to how we live as people with disabilities. However, I do not write tutorials on how to look pretty for doctors’ appointments. My blog does not exist to make a chronically ill or disabled woman conform to society’s standards, it is to help her remember and have her feminine identity, if she identifies as feminine, be accessible within her new body. It exists to let those with real physical pain and limitations know they can still express themselves, just with some changes, and still accept themselves whether they have a buzz cut or want to learn how to maintain their hair that they love (not that society necessarily loves).

A diagnosis or disability is a traumatic life event that can make a person feel as if it is their only identity. I did not feel I had the time during class to explain that many chronically ill and disabled women wish to maintain who they feel they truly are after their diagnosis, and this involves embracing their new identities in a more stylish way, such as giving their mobility aid a name, adapting their wardrobe in a way that makes them feel empowered, or using pretty pill keepers. Note that stylish does not automatically mean fashionable or normative. It is a personal preference in regards to their likes and tastes.

During the class I mentioned it felt strange to me that I had to identify, or claim my identity as, a chronically ill person. I explained that I knew I had to use this language in order to find others like me to join forces and educate, and I believed it was the English language that forced me to use these labels. I also feel it is the medical system being controlled by pharmaceutical and insurance companies that pushes me into labeling talk and a lack of holistic care, at least in the United States. I have noticed that other countries with other languages and cultures have different ways of seeing and talking about people of different abilities, genders, illnesses and sexualities.

As someone who comes from a position of privilege, I recognize my hesitation towards using labels stems from my identity as a white woman with access to health care. I know women of color often face harsher bias from doctors in attempting to receive health care. A woman of color labeling herself with a chronic illness in her doctor’s appointment and how she negotiates with her doctor might be different from how I communicate with mine.

I know from a sociological standpoint an identity is not the personal identity from the more psychological standpoint I work from on my blog. There I try to provide avenues to deal with the trauma of developing an illness. Even if society were different, the physical ramifications of illnesses and the emotions that come with them are things no one outside of the group understands, even advocates. We don’t talk enough about trauma, self-esteem and feeling worthy of accessible spaces and healthcare. The truth that is not often acknowledged and understood by many advocates is that a physical diagnosis is often comorbid with a mental diagnosis, due to the trauma of the physical diagnosis and its symptoms.

After class I spoke with a fellow classmate who had a career as a social worker. I asked her questions about social justice, social work and disability. I gave her my perspective on how in order for social justice enabling social change to be effective, it needs to expand holistically to incorporate psychology, which social workers have experience with, to address traumas that come with diagnoses. Different traumas cause people with disabilities to react in their own individual ways, both constructive and self-destructive.

This large part is crucial to social change because in order to have change the community must be united. Within the chronically ill, mentally ill and disabled communities, some people are prejudiced against one another within their own groups and there is a lack of unity. People finding worth and confidence in themselves may help them find the same for their fellows. Their paths and struggles may hopefully produce the understanding needed to lift each other up.

In summary, social justice is how marginalized groups, such as persons with chronic illness, disabilities and mental illness gain rights to live in the world as an able-bodied, normative person would. However, in order for social justice to work with these specific groups, incorporating a psychological aspect as these identity markers involve trauma is crucial, not only for social justice to be achieved, but for these groups to be understood.

This story originally appeared on The Spoonie Bard.

Share
or  Copy Link
Link copied to clipboard.
Be first
179 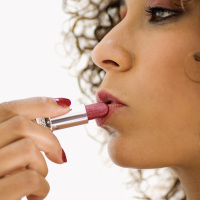