How Therapy Saved My Life as Someone With Anxiety

In just a few days, it will be my seven-year anniversary of being in therapy. It is the longest relationship I ever had.

For years, I used to dread the idea of going to therapy, let alone opening up to a stranger and pouring out my life story. When I first started experiencing heavier symptoms of panic attacks in my junior year of college, it truly felt like the end of the world. A lot had to deal with the worrying of forever feeling sick to my stomach, consumed with butterflies and racing thoughts of, “What if?”

What if I never got “better?”

These soon-to-be past seven years were some of the most difficult, and filled with multiple confrontations with my own well-being. When I started living my truth, it hurt because going to therapy and starting the recovery journey — particularly how to cope and manage anxiety and panic attacks — were both triggering and horrific. Especially when old memories and unhealthy thoughts and coping mechanisms of mine surfaced to the top.

I struggled for about five years, in fear of accepting a lot of the realities and coming face-to-face with the moments of truth. They were moments I felt “naked” for the first time.

Asking myself, “How are you?” or flat-out acknowledging, “you are not OK” developed into a routine that soon appeared to grow into a daily task that became second nature. It would be a lie if I said my first choice was always answering myself truthfully. No, it was expected to be a forever work in progress.

Panic and anxiety attacks flat-out suck. Often, I found myself in many situations where my heart raced over a catastrophic mind-set of “things getting worse.” That catastrophic mind-set also sucked, but over time, I learned it was never impossible to overcome anxiety and panic attacks. I learned to adapt to accepting the reality anxiety and panic attacks are like waves — they come and go. But, ultimately, those waves calm before the storm.

And a year ago, I learned that it was OK to prepare for those storms when the anxiety and panic attacks flared up and it felt like hell. For me, it was eventually finding the urge to sit down and take a deep breath. The next step was drafting out a text message and sending it out to my therapist describing how I felt and if it felt necessary to see her sooner, rather than later.

That was my safety net in the latter years.

Therapy once terrified me, but molding through the confrontations and realities of both my mental and physical health was a necessity to get through those storms. It is still scary, but that is OK. Therapy shaped me into the individual who I was supposed to become, learning to love myself.

Giving therapy a shot, as I did seven years ago, could be both an eye-opener and something that changes your life. It saved my life, and there is no shame in admitting that.

Share
or  Copy Link
Link copied to clipboard.
Be first
19 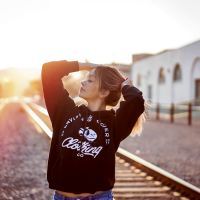