Why I Didn't Let ADHD Stop Me From Becoming a Lifeguard

In a world where Equal Employment Opportunity is the law, dealing with mental health can get dicey — especially in certain professions and I’ve dealt with this as a lifeguard. I recently offhandedly mentioned to a coworker that I have ADHD, as I told them I locked my keys in the car for the seventh time this year.

“Wait…you’re a lifeguard with ADHD? Don’t you think that would make you a bad lifeguard?”

If I wasn’t friends with this person, that comment would have ticked me off to the point where I would have walked straight out of the room. However, I’m also glad that a friend told me their honest thoughts because it allowed me to gain more insight about how people perceive ADHD.

I wasn’t diagnosed with ADHD until I was 21, because I flew under the radar as a kid. I was focused more often than not, responsible for the most part, and had good grades in all subjects except math (a C was the average grade for those classes). Because of this, nobody even thought about ADHD being a possibility for me. The only reason I found out about it was because my university made me see a psychiatrist when I was battling gastritis. After healing up from gastritis, I found that I’d often read through a couple chapters of a textbook and completely forget everything I read. The psychiatrist then asked me, “Do you have a family history of ADHD?” I told him that my mom, oldest brother, and youngest brother have it. He said he thought it was a strong possibility that I did.

Those of you who aren’t too familiar with ADHD may not know that there are three different types: inattentive, hyperactive and combination. Inattentive is what used to be known as ADD; hyperactive is mostly just the physically and mentally hyperactive side of ADHD, and combination is both. After researching the condition for a while, I discovered that I had a less overt form of ADHD — the combination type. I lean more toward hyperactive since I’m a workaholic, and am always craving intellectual or environmental stimulation.

So, how does this connect to lifeguarding? I’m actually glad I didn’t know about my ADHD diagnosis until I was 21, because I may not have pursued a lifeguarding position if I did. I originally became a lifeguard at 19.

First off, one of the reasons I absolutely love lifeguarding is because there are so many different things to watch. A majority of my lifeguarding experience has come from summer camp (four seasons total) and camps always have competitions. I thoroughly enjoyed watching high schoolers throw play pit balls at each other over volleyball nets, or kids racing paddle boards across the pool. All that to say, lifeguarding is a mentally stimulating activity. Stimulation is important for the ADHD brain because it needs more dopamine (the neurotransmitter responsible for pleasure). Aside from the fact that I’m essentially a fish out of water and have always loved being at pools or lakes, perhaps this is why lifeguarding brings me so much joy.

Secondly, lifeguarding can be very active, despite the stereotype that it’s a “lazy job.” Even pool lifeguards can do a lot: walking around the deck, arranging chairs, sweeping the storage closet or deck and more. In a six-hour shift, I can easily rack up about 8,000 steps and that’s if I switch between sitting, standing and walking. Roving the deck is one of my favorite things because it helps me stay alert and allows me to interact a little bit with everyone in the pool. Exercise is great for those with ADHD because it stimulates dopamine and thus improves executive function, also known as the set of skills needed for organization and regulation.

In addition, many people with ADHD are actually workaholics, according to PsychCental. While some believe this is to save face for mistakes or finish those unfinished projects, it is often because working provides an outlet for all that excess energy. That’s why I love my lifeguarding shifts; I can expend physical energy as I walk the pool and mental energy as I vigilantly ensure the safety of patrons.

But wait, don’t I get distracted because I have ADHD? Aren’t I unable to focus? If you just asked those questions, the answer is no. These are assumptions people have made based on their limited knowledge of the condition, but ADHD is much more complex than most people know. It’s not really a “deficit” of attention, but an overabundance of attention, which psychologists refer to as “hyperfocus.”

Healthline reports hyperfocus “is the experience of deep and intense concentration in some people with ADHD. ADHD is not necessarily a deficit of attention, but rather a problem with regulating one’s attention span to desired tasks. So, while mundane tasks may be difficult to focus on, others may be completely absorbing.”

As you can see, devoting attention to a passion is easy for someone with ADHD, and that definitely comes out in my lifeguarding. I can hyperfocus for hours on end whether I’m watching 100 people in a lake during summer camp, or 10 people in a pool during a cold winter day. At times my managers even have to force me to take breaks. My coworkers and supervisors also usually have to say my name three times before I even respond because I’m so “in the zone.” And if you still don’t believe me, my supervisors can tell you that my rescues are pretty speedy because I notice when something’s wrong and instinctively react to it.

The third reason I enjoy lifeguarding is because some people with ADHD are kinesthetic learners. I am one of them, which is why I can easily earn a 100 percent on a project and only get an 85 percent on a course final. Lifeguarding specifically requires repetition. In addition to being a standard lifeguard, I’m also a lifeguard instructor (LGI). Whenever I teach classes, I have to run skill drills several times so the students’ muscle memory kicks in. Since that’s my learning style, I look forward to inservices and team training sessions so I can keep sharpening my skills. Furthermore, my strong training shows during those times; in my lifeguard instructor course, I was always back at the wall about a good seven seconds before my classmates whenever I rescued my “victim.”

That natural knack for water rescue skills has paved a firm foundation for my choice to pursue an aquatics director position. Not only do I have my LGI certification, but I also am a Certified Pool Operator (CPT), Aquatic Facility Operator (AFO), NFHS Certified Interscholastic Coach (Swim and Dive), and Lifeguard Manager. This summer, I will also serve as the Waterfront Aquatics Director for Camp Nissokone of the YMCA of Metropolitan Detroit, which is a position that requires immense responsibility. However, given the fact that I’ve had six other lifeguarding jobs and am extremely passionate about this field, I don’t see my ADHD has a hindrance. Of course, supervisors, managers, and directors may sincerely wonder if someone can perform their job due to the safety concerns. However, one of the things I love about the Red Cross is how they emphasize accommodations in their courses. For instance, an amputee can become a lifeguard if they can meet the objective of a rescue, even if they don’t “properly” do it.

When in doubt, politely ask the person how they manage their disability and never make assumptions. Unless you have the same condition yourself, chances are that you don’t know anything about the condition besides basic stereotypes. Don’t forget to phrase questions carefully to avoid any discrimination claims. One acceptable question that’s in the Red Cross Lifeguard Management course manual is, “Do you have any impairment that would limit you from doing the job?” We’re more than happy to explain how we can succeed despite our disability; we just ask that you voice those concerns in a non-judgmental, tentative way.

Now, of course, I do have my moments on the job. I’ve locked the facility keys in the guard shack and have accidentally logged overtime because I forgot to count the hours between two shifts before I picked up an extra one. And I often work way more hours than I should because I impulsively say yes to whatever people ask, or I just need to get energy out. However, these “limitations” are only minor setbacks, and those will never quench my burning passion for lifeguarding. Plus, my supervisors are very understanding and know that everyone makes mistakes, even the lifeguards who don’t have ADHD. By the way, I have also worked with other lifeguards who have ADHD, and they also performed their duties with excellence.

Some may lifeguarding as a summer job that’s only suitable for specific types of people, but if you really love it or aquatics as much as I do, then nothing can stop you from pursuing a position. 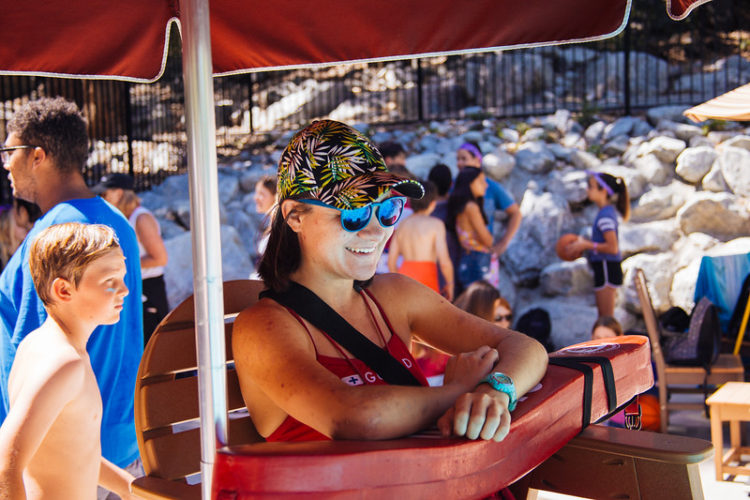 Share
or  Copy Link
Link copied to clipboard.
Be first
30