How Society Makes Me Disabled as a Hard-of-Hearing Person

The other day, I lost my phone. After several minutes of searching, my mom suggested I use my Apple Watch to ping the phone. What a great idea! I pinged the phone and immediately realized it was a sound only. Because I am hard-of-hearing, my mom had to find it for me.

I reached out to Apple in hopes of learning how to set up the phone so that it flashed the light instead; however, they let me know it wasn’t a feature and redirected me to their website to “request” it. A request is not a guarantee.

In the United States alone, about 15 percent of adults aged 18 and older are deaf or hard of hearing. That’s about 37.5 million people!

With the majority of the population also using mini-computers (ahem, I mean “cell phones”), rather than landlines, that’s a huge portion of the populace not able to use a primary mode of communication.

Never mind that businesses would probably make more money if D/HH people were included in decision-making, let’s talk about disability.

Disability is not something I have; it’s something imposed upon me.

Adopted by the United Nations General Assembly in 2006, the “Convention on the Rights of Persons With Disabilities” is an international human rights treaty. While it does not define the term “disability,” it adopts the social model of disability, stating that disability is “an evolving concept and that disability results from the interaction between persons with impairments and attitudinal and environmental barriers that hinders their full and effective participation in society on an equal basis with others.”

Further, “Persons with disabilities include those who have long-term physical, mental, intellectual or sensory impairments which in interaction with various barriers may hinder their full and effective participation in society on an equal basis with others.”

Thus, disability is defined as the “disadvantages or restriction of activity caused by a society which takes little or no account of people who have impairments and thus excludes them from mainstream activity,” and impairment is “individuals with learning difficulties, physical impairments, sensory impairments, facial disfigurement, speech impairment, mental illness, mental distress.” Disabled people are then defined as people with impairments who have been disabled by society.

However, in the social model, accessibility considers both reasonable accommodations, which suggests accessibility is on an as-needed basis (do you remember the 37.5 million people?), and universal design, which is the removal of barriers created by society by creating materials, products and environments that are usable by all people, regardless of whether they have an impairment, to the greatest extent possible.

Share
or  Copy Link
Link copied to clipboard.
Be first
47 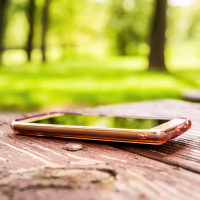