There are five stages of grief. Denial, anger, bargaining, depression and acceptance.

For me, those stages happened out of order. I was hit with denial; the first time a doctor alluded to the fact that my symptoms may be in line with functional neurological disorder (FND), I refused to believe it. I was convinced it had to be something else, anything else. MS, Parkinson’s, some unknown disease, anything but FND. To me FND meant that everyone was right, all my pain was in my head, my anxiety had caused it. I have come to realize my stress did not cause this. It triggers it, it makes my symptoms worse, but didn’t cause it!

Bargaining came next for me with anger mixed in it. I questioned everyone and everything. The doctors had it wrong. I can’t be 21 and diagnosed with an untreatable, incurable condition that was going to leave me with chronic pain for the rest of my life. I wanted every single possible test done. It had to be anything else. What if the doctors got it wrong? How could they think it was OK? How was I supposed to live like this? I was angry I lashed out at everyone around me. I felt like no one understood what I was going through, nobody could possibly understand the amount of frustration that came with this.

The depression hit me hard and fast and without warning. I went from being angry and frustrated to being so incredibly sad. This wasn’t the life I wanted. I was sure that I would have to give up so much. It wasn’t just sadness. It was deep, and it hurt. On my lowest day I sat outside in the cold refusing to come into the house, crying, because I did not want to live a life of pain. That week I spent the whole time crying.

You see the only thing that had been keeping me going throughout all of this was taken away, my job. Throughout the whole diagnostic process I worked. I let my attendance slip a bit, but for the most part I worked more and harder than before. I thought it was the only good thing about me. Like yeah, I was in pain and was lashing out and hurting relationships around me, but I was still a hard worker. Something my parents ingrained into me at a young age. And when that trait was taken from me because of this disorder I lost it. I broke down.

Right now as I sit here and write this, I am a mix of all four. Acceptance is slowly walking towards me. You see the choice is mine. I can either turn away and run into the arms of the other four, or I can walk towards acceptance. I can allow myself to grieve all the things I wanted in my life, but I don’t need to give them up. Things will be different, but they will still be good. The choice is mine. Acceptance or fear?

Photo by Michal Vrba on Unsplash

Share
or  Copy Link
Link copied to clipboard.
Be first
58 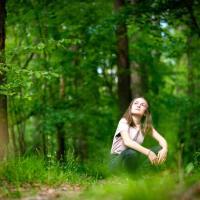