I’ve lived in a nearly perfect world for almost two years. My daughter, whose diagnosis (achondroplasia) is becoming more and more apparent, generally elicits only the kindest of remarks from strangers who recognize a difference (the difference being disproportionately short arms and legs, and a larger-than-average head size). I am almost overwhelmed by how many people tell her what a doll she is, or ask me about the condition. 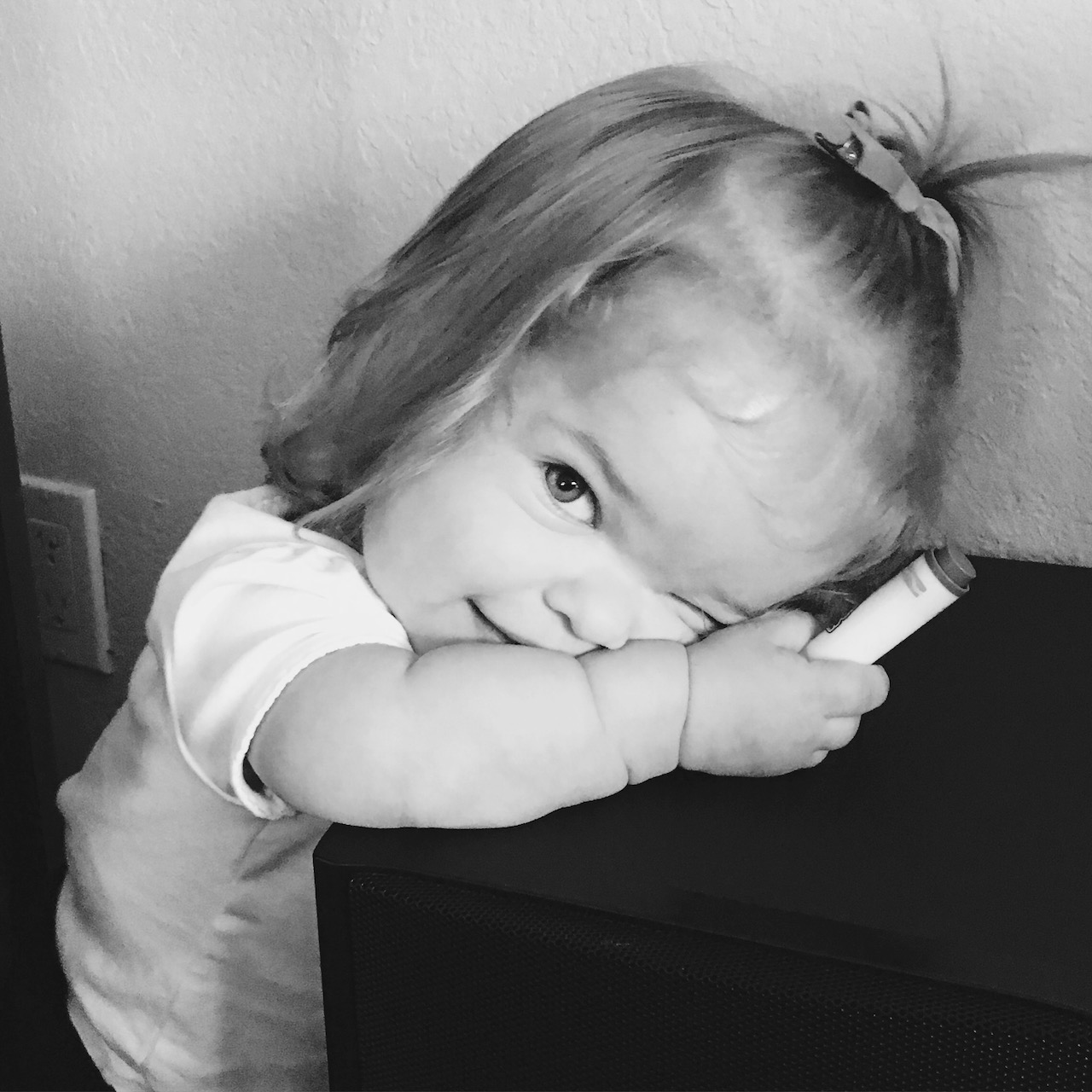 I say “nearly” because there is always something that threatens our safe and happy bubble. At 22 months, Naomi doesn’t appear to recognize these things, but I do. The sticker on the back of the pickup that reads “I HEART MIDGETS,” the occasional reference to “dwarf-tossing” or anything relegating the value of little people to sideshow entertainment. It always hurts, but the positive experiences we’ve had, as well as the outpour of love and support from our community of family and friends, has generally eclipsed these negative instances. Except for one. And this one is a work in progress.

Naomi attends an hour-long physical therapy session once a week in a center that also boasts speech and language as well as occupational therapy services. One 3-year-old, E, whose speech session is at the same time as our PT appointment, has walked in every Tuesday, for almost three months, told his mother how much he dislikes that baby (my baby).

Now, he is a child, I know. But here’s the thing: children are honest and have no filter between what is in their heart and what comes out of their mouth. He doesn’t like my daughter, and from what I observe, it has only to do with how she looks. His mother disagrees. She has only offered one comment to me in roughly 12 visits, and that was this: “He hates all babies, not just yours.” (Thank goodness?) Maybe she’s being truthful. Maybe he dislikes all babies. But the way his mother wouldn’t look me or my daughter in the eye when she said this tells me differently. Not to mention the fact he refrains from commenting on other “babies” who wait in the lobby. She’s covering for him, and by extension, herself.

Over the course of three months, I’ve mentally combatted this 3-year-old’s insults:

I’ve also given his mother an earful (in my head, of course):

“You must not be a very good parent to have a child who is already a bigot.”

“My daughter loves everyone… except your awful son.”

The fact that I am a coward who hates confrontation isn’t the reason I haven’t spoken up. In fact, one thing motherhood has given me is the ability to stand up for my child, even when fear tells me not to.

1. I am ashamed of some of the things I’ve wanted to say. In the end, he is a child who is battling his own challenges, and a targeted comeback would only find me guilty of the same offense against my own child. We are at a therapy center! Lose-Lose.

2. I’m not confident my comebacks would accomplish anything. At this point, their actions and words hurt, and until I can remove myself and be content in knowing this is their problem, and not ours, I fear my words may only fuel their ignorance.

As parents, we are teaching our children by example, and I want Naomi to know the power of being able to shake things off, even if you have to fake it for a while. E’s mother knows my daughter is different, and shame on her for not using our weekly interaction to her advantage, to teach about others with developmental disabilities, invisible or obvious. To widen his perspective at a young age. To foster compassion and replace fear with understanding. I hope my silence allows her to reflect on these things. And when I am ready to say something, I pray my words are graceful and informative, devoid of snark or defense. 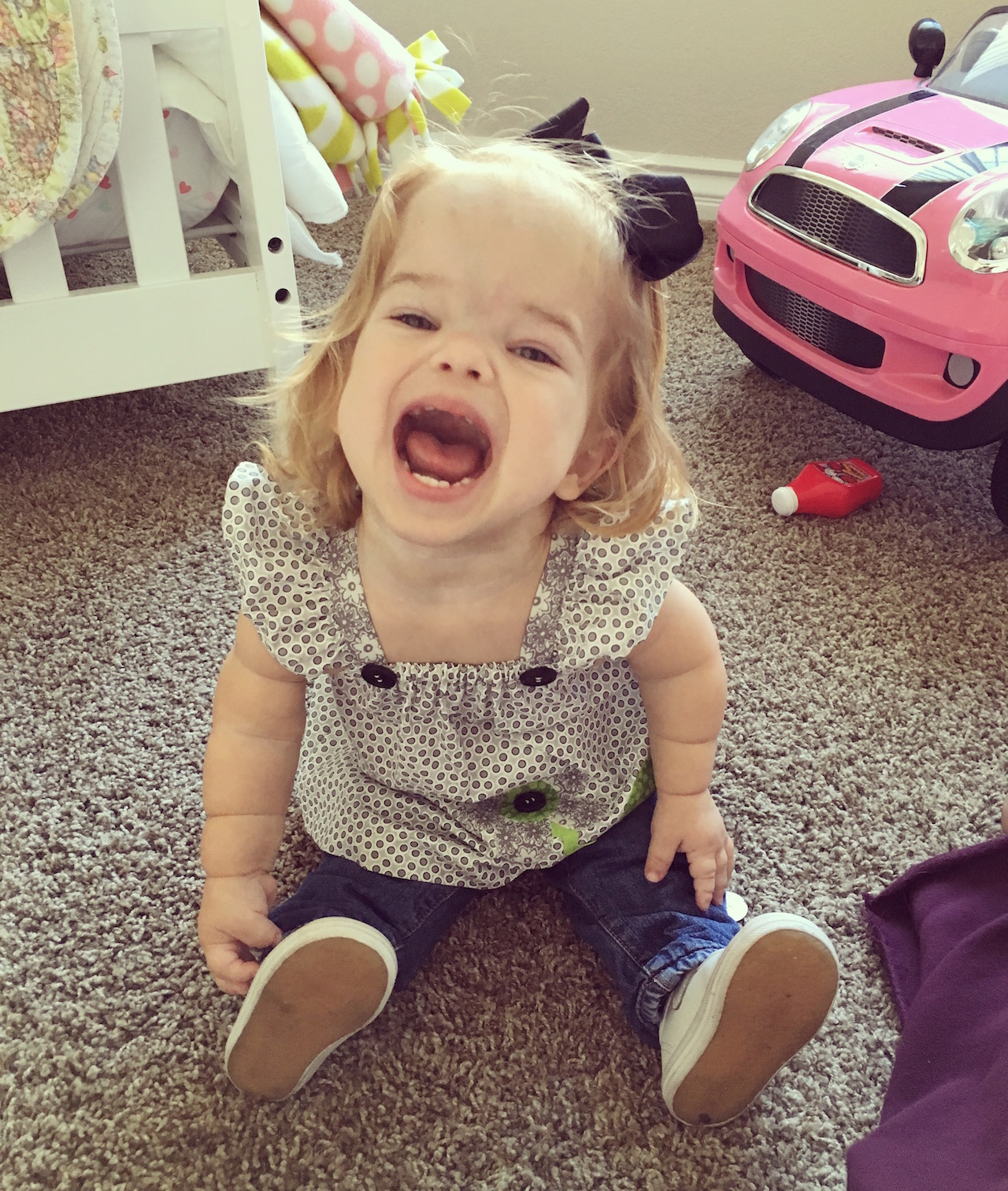 I’ve enjoyed my almost two years of a nearly perfect world, but in reality, it is experiences like these that will shape my daughter and myself and cause us to grow. I hope my example is the right one and that I make the majority of my inevitable mistakes before she is old enough to notice, so in the future, when she encounters someone who dislikes her for what she was born with and I’m not around, she knows in her heart whether it is an opportunity to educate or to simply ignore. Because even though she may always be the smaller one, I pray she’ll always be the bigger person.

The Mighty is asking the following: Describe a moment you were met with extreme negativity or adversity related to your disability and/or disease (or a loved one’s) and why you were proud of your response — or how you wish you could’ve responded. Check out our Submit a Story page for more about our submission guidelines.

My name is Jaime Colclasure and I live in Southern California with my husband and our three kids. My 2-year-old daughter Naomi was diagnosed with achondroplasia at birth, which sent us into a frenzy trying to learn everything we needed to know about the condition and what to expect with our sweet little girl. At four months, she was diagnosed with epilepsy, where we started the education process all over again. In two years, I&#8217;ve experienced a world foreign to my former self. It is filled with heartache and tears, but also triumph and joy. And I wouldn&#8217;t have it any other way. &nbsp;

jaime-colclasure
Want more of The Mighty?
You can find even more stories on our Home page. There, you’ll also find thoughts and questions by our community.
Take Me Home