Addiction Stigma Is Often Created in Our Own Family

Sometimes I am not sure how I got here. I assure you it wasn’t planned. It wasn’t a choice.

I am the daughter, stepdaughter, granddaughter, daughter-in-law, sister-in-law, niece, great-niece, aunt, cousin and sister to alcoholics.

It should not go unnoticed that in 2018 we are now saying “substance use disorder,” as that sounds so much more sensitive and caring. This was not the term I learned at an early age.

I have known what the word “alcoholic” means since I was 5 years old. Not because anyone told me; families keep secrets, and mine is no different. Or, should I say, they think they do, but even young children figure things out very quickly.

We live in a society that says it encourages understanding, compassion, empathy, non-discrimination and that those struggling need help. But truth be told, often that is not how our loved ones with addiction and/or mental illness are treated.

Not in the hospital. Not in the media. And sadly, many times, not even behind closed doors in our own family.

I know because I was that little girl once. Absorbing. Interpreting. Evaluating. No one sat me down and whispered, “Jodee, do not dare talk about Papa and his crying, sadness and drinking. Do not ask questions about your Uncle Ed, living in filth, who always had an alcoholic beverage in hand and for decades rarely left the confines and security of his trailer. And under no circumstances are you to question your own daddy and his frightening behavior.” No one said this out loud to the little girl with the brown pigtails, but I received the message loud and clear. Keep these secrets at all costs. It is shameful. It is not an illness. And you never talk about what goes on in our family.

I kept all of this hidden for a very long time.

But shame and secrets keep everyone hiding — those struggling and their families. That shame and inability to tell the truth to friends, to family members, and most importantly to themselves manifests itself into denial. And with denial, there will be no recovery.

You see my greatest friend, my younger brother Brett became an alcoholic.

I saw him at his best, leaving rehab happy and healthy and as handsome as any movie star. And I saw him at his worst during his 12-year battle with addiction. What remained a constant then and now is that I never, not once, loved him less nor had any shame for the often unbelievable things that happened.

I am so honored to be a part of a recovery movement — as a face and a voice — as everyone has been silent for far too long. “Anonymous” — we all know that word. I don’t want to be anonymous. In fact, quite the opposite.

We see huge promotional campaigns worldwide raising funds and awareness for diseases. Everywhere we turn, there is a cause, a rally. I can’t even go to Walmart or buy an ice cream at a local drive through without being asked to donate.

But rarely do we see anything to raise funds for addiction. Why is that? That isn’t really a question.

We watch in the media as Mayor Rob Ford unravels in Toronto, Canada, due to an addiction, and he instantly becomes worldwide news and the butt of all jokes by hosts Kimmel and Fallon on late night TV. The audience laughs and claps. Would they do that if he had Alzheimer’s? Why is it OK?

How about the girl who tells me that addiction is simply a choice?

No one would actively choose this life, not for themselves and certainly not for the ones they love.

When I calmly ask the question back, “If your mother or grandfather smoked for 20 years and got emphysema, is that what you would say to them, that it was their choice?” I am met with an awkward silence.

Sadly, my brother lost his brave battle with substance use disorder and mental illness in March 2012. He was 39.

I think back now to when my brother passed away and I wrote his obituary. It’s what I now call the “died suddenly phenomenon” and if I could rewind I would proudly tell the truth. Just like the people who write, “Died in a motor vehicle accident.” “Lost their brave battle with cancer.” or “Passed away peacefully in their sleep at 90 years young.”

My brother didn’t die suddenly. It was slow, painful, and excruciating, and it has left all his family with enduring pain. But even family members don’t publish the truth — “Died from alcoholism.” “Died from a drug overdose.” “Died from suicide.” Do they believe the truth will ruin their loved one’s reputation? Perhaps. Or maybe there is a part of them that worries about their own.

My little nieces were only 6 and 13 when their Uncle Brett died. Unlike other family members of mine, I have spoken to them openly and honestly since that very day. As they get older talking more in-depth, being sensitive to how old they are at the time. Always with honesty, love and without shame.

My niece Kaddi is now 12 years old; she just graduated last year from sixth grade. She had to do an oral report on a topic, and she chose alcoholism. She is as comfortable speaking about it as she is with the knowledge her grandmother passed away before she was born from breast cancer. Besides being overwhelmed with pride, I thought to myself, “I hope that teacher knows how brave that little girl is.”

Her sister Payton is 19; she has a big bold tattoo on her left arm of bear paws bearing Brett’s name. When people ask what it means she answers kindly, lovingly and honestly, “That was my uncle who struggled with alcoholism and that took his own life.” 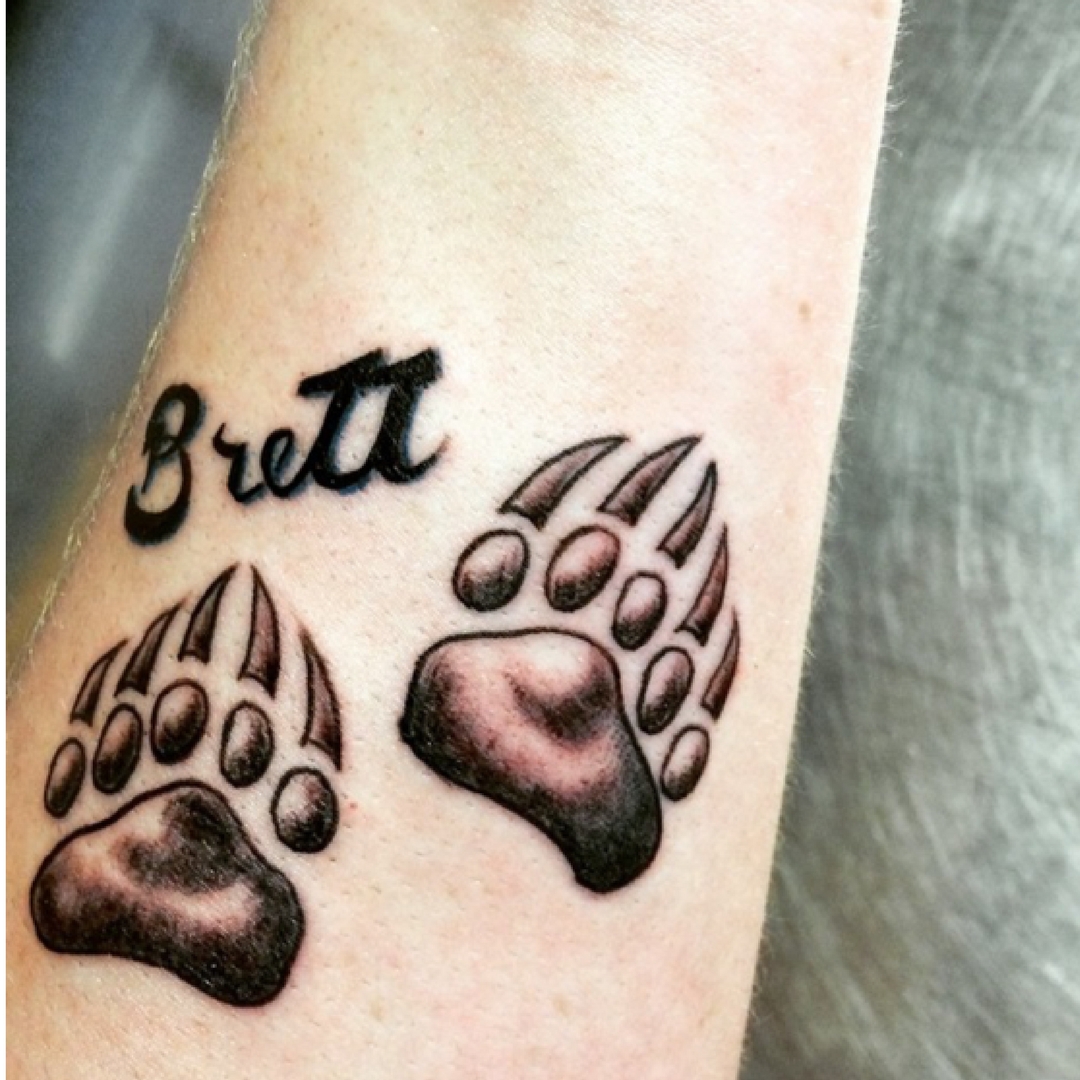 Children — when we talk to them they can grow up to have no stigma or judgment toward those struggling through addiction and/or mental illness. And not when they are teenagers, that is far too late. Start early, especially when addiction and mental illness such as anxiety or depression run in the family. These young children will not only grow up to be more aware but be more empathetic, kind, caring, and compassionate. They will become better doctors, nurses, therapists, psychologists, psychiatrists, journalists, parents, friends and neighbors.

They can become all around better people — a gift to society, the community, and in our own families. And they can carry knowledge to those family members who will come after us, so this no longer continues generation after generation in the way it so often does.

I would be lying if I said I don’t still struggle occasionally with how I got here, but there is no place that I would rather be.

Jodee Prouse is a sister, wife, mom, friend and outspoken advocate for childhood trauma & the connection to addiction & mental illness.  She is the author of the powerful memoir, The Sun is Gone: A Sister Lost in Secrets, Shame, and Addiction, and How I Broke Free. Visit www.jodeeprouse.com to learn more.

Jodee is a daughter, sister, wife, mom, soon-to-be gramma, friend + author of the powerful memoir The Sun is Gone; A Sister Lost in Secrets, Shame, and Addiction, and How I Broke Free. She is an outspoken advocate to help eliminate the shame + stigma surrounding Addiction + Mental Illness. She is honest about her own mental breakdown + encourages the ability to break free from unhealthy patterns +/or toxic relationships to live your best life. Even if those people are family. Learn more at www.jodeeprouse.ca