My mother died when she was only 58-years-old. I was 34 then. Now I am three years older than she was at the time of her death. I have so many regrets about my mom. I’m sorry she never got to see me happy, truly happy. I married the second time around to a good man, the right man. One
who makes me think, makes me mad and makes me feel more comfortable in my own skin than any other human being does, did or ever will.

Now I’m a mother myself, for almost 22 years. I’m sad my mom didn’t live to meet my son, to hold him, to gaze into his honest, blue eyes. I’m angry that I didn’t have my mommy to help me through the difficult journey when
I was diagnosed with breast cancer eight years ago. And again, six and a half
years after that. I regret that she wasn’t there to squeeze my hand in
encouragement through chemotherapy. That she wasn’t there to sit by my side
during the tedium of radiation. That she wasn’t there to cook my favorite foods to help me get strong in the aftermath of both. To reassure me that it would be all right, even if she were afraid it wouldn’t be. Because that’s what mothers do. 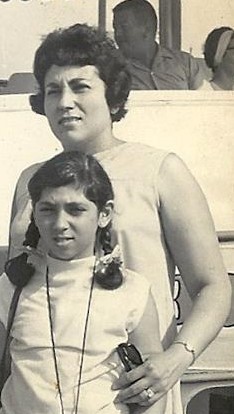 I can sit here all day, irate that my mother neglected her own health in favor of
caring for others. But instead, I learned to focus on what was rather than what
wasn’t. What she was instead of what she wasn’t.

My mother made me a strong woman through her quietude, through her generosity, which is the most selfless kind of love there is. She never told me I couldn’t do anything because I was a girl. Even though girls didn’t do the things I did when I did them — things like go to college or become a writer.
I can be mad that my mother isn’t here but that’s just plain selfish. And besides, it isn’t true. Because she is here … in me. She’s here in my eyes that
are so similar to hers in old photos. So similar that it hurts to look at them.
She’s here in my spirit that strives to be as benevolent as hers. In the will
that pushes to live when others would have given up. Twice. And she’s here in the kind of parent I am to my son. I mother by her example.

When David couldn’t read at age eight and told me he was the worst kid in the world because of it, I told him that I thought he was the best kid in the world. Because he was mine. And to prove it, I found David a school that taught their students in a way that made sense to them.

When David told me he wanted to stop taking his ADHD meds because they didn’t make him feel like “him,” I agreed. Other mothers told me they would have forced their kids to be medicated, but that’s just not the way I was raised.
Now David is in college, exploring, reaching out, learning. I have no expectations, no dreams for him except his own. Whether he becomes an economist, a comedian, a screenwriter, a firefighter, all of the above or none of the above, I want him to be a happy human. I know he’ll be who he needs to be. I trust him to choose this for himself. And whatever life he does pick, I know he’ll be all right. That it will be right. For him.

That’s what my mother did for me.

I still carry my mom around inside. In an invisible locket. In my cells. In my essence. And although she’s not here to hold me, she is me. And I am she. 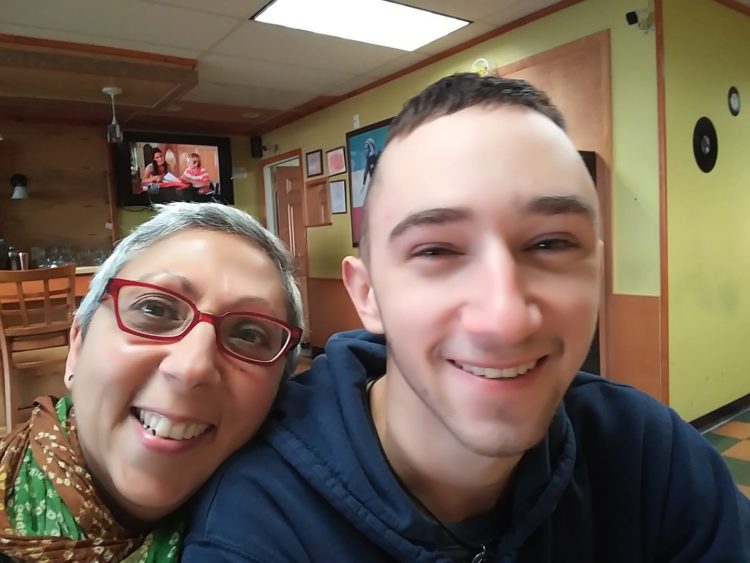 Catherine Gigante-Brown is a freelance writer of fiction, nonfiction and poetry. Her works have appeared in Time Out New York, Essence and Seventeen. She co-wrote two biographies for Prometheus Books and her short stories have been included in fiction anthologies. Catherine’s novels “The El” and “Different Drummer” are published by “Volossal Publishing”.

cathy-brown
Want more of The Mighty?
You can find even more stories on our Home page. There, you’ll also find thoughts and questions by our community.
Take Me Home