Alzheimer’s doesn’t just affect the person who is diagnosed — it also turns your world upside down if your loved one is grappling with the condition. Alzheimer’s is a progressive brain disorder that takes away memory and eventually the ability to do basic tasks. Feeling your own memories slip away or watching a friend or family member go further and further into the disease can leave you feeling alone, like no one else really understands the turmoil you’re going through.

But hearing how other people deal with the devastation of Alzheimer’s disease can help ease some of that isolation. Their wisdom can help light your way on the difficult days. So we rounded up some Alzheimer’s quotes — some relatable, some inspirational, some just purely honest — by people living with the disease and their loved ones. These quotes about Alzheimer’s, and dementia in general, reveal the strength of anyone enduring this difficult diagnosis.

Here are some of the most relatable quotes about Alzheimer’s disease:

1. “You have to be patient with [Alzheimer’s]. Once you understand that it’s a medical condition, you become a little more compassionate. You get less frustrated.” — Kim Campbell

Singer Glen Campbell, who died in 2017, revealed his Alzheimer’s diagnosis in 2011. His wife Kim told Country Weekly in 2013 that his symptoms started out as anxiety and panic attacks, not understanding questions and forgetting the words to his songs. She reflected on how she helps Campbell by being patient and compassionate and giving him instructions in stages so he can follow them.

2. “It is a strange, sad irony that so often, in the territory of a disease that robs an individual of memory, caregivers are often the forgotten.” — Karen Wilder 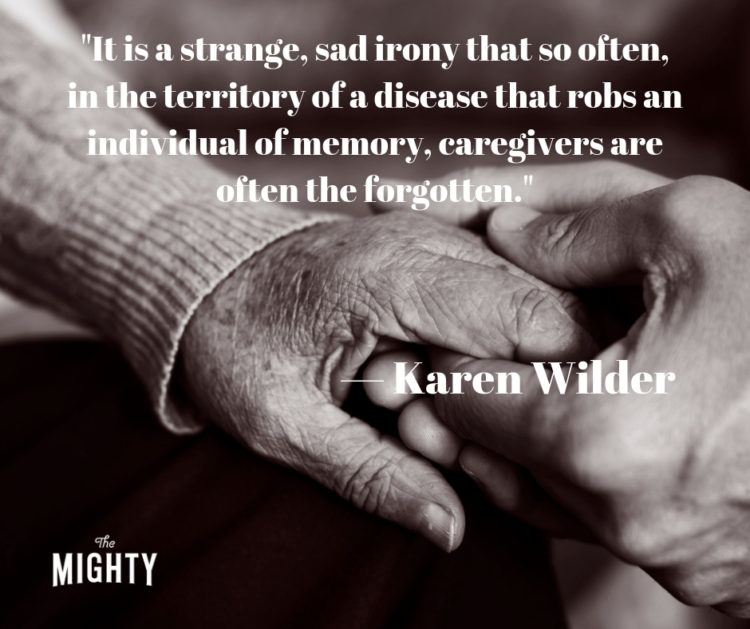 Gene Wilder was famously quiet about his Alzheimer’s diagnosis, but in 2018, 15 months after his death, his widow Karen wrote a powerful essay about their marriage and his final years of life. She explained how physically and emotionally taxing Alzheimer’s can be on caregivers and urged researchers not to forget their needs, too.

“Without [caregivers], those with Alzheimer’s could not get through the day, or die — as my husband did — with dignity, surrounded by love,” she added.

3. “I intend to live the remainder of the years God gives me on this earth doing the things I have always done.” — Ronald Reagan

Former President Ronald Reagan’s response to his Alzheimer’s diagnosis was to sit down and write a letter to his fellow Americans. In it, he said he was sharing his diagnosis to encourage a “clearer understanding” of the people affected by it and acknowledged that families often bear a “heavy burden.”

“I only wish there was some way I could spare Nancy from this painful experience. When the time comes I am confident that with your help she will face it with faith and courage,” he wrote. Reagan died in 2004.

4. “Alzheimer’s is brutal. I mean, it’s associated with losing your memory, but you don’t just forget who people are; you also forget how to talk, how to eat, how to do everything. That’s hard to wrap your head around until you actually see it.” — Seth Rogen

In an essay for InStyle published in 2017, Seth Rogen explained that his now-wife, Lauren Miller, found out her mom had early-onset Alzheimer’s disease less than a year after they started dating. Rogen said he was “shocked” by what happened to her as a result of the disease. The couple founded Hilarity for Charity, a nonprofit organization that raises money for Alzheimer’s disease and caregiver resources (though he said his ultimate goal is to make the organization “obsolete”).

5. “I think this whole issue, whether it’s of Alzheimer’s or caregiving, has a long way to go, I think, as a national conversation. What do caregivers need? What do they look like? What do we as a country need? Why are two-thirds of the Alzheimer’s cases women?” — Maria Shriver

In an interview with Miller-Rogen for Lenny Letter in 2017, Shriver raised the need for research into Alzheimer’s as a women’s issue, since women are more likely to get Alzheimer’s disease than breast cancer and often bear the caregiving responsibilities.

6. “For baby boomers, I feel like the canary in the coal mine while scientists search for a cure. I fear the day when I put my fingers on the keyboard and don’t know how to write anymore.” – Greg O’Brien 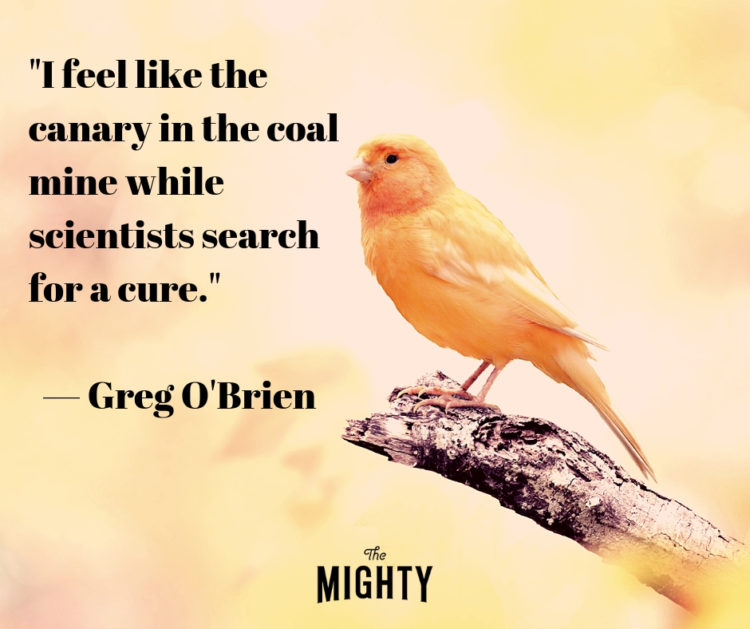 Greg O’Brien, an investigative journalist, decided to take control of his own story after his Alzheimer’s diagnosis in 2009 at age 59. He wrote a book called “On Pluto: Inside the Mind of Alzheimer’s” about what it feels like to undergo the beginning stages of dementia. He later wrote an essay for The Washington Post detailing some of the changes he has noticed in his mind and urging others to keep up the fight.

“By documenting Alzheimer’s, I’m getting even with it,” he wrote.

7. “Alzheimer’s, while a horrible shroud that keeps out so many joys of life, also blanketed away the aggressive and shrill dimensions of modern life.” — Rick Steves

Travel writer and TV host Rick Steves shared an essay on his blog two weeks after his mother died of a heart attack in 2012. He revealed she also had Alzheimer’s disease and that he had come to discover a “silver lining” to her condition. In the later years of her life, she was still “cheery” and “a joy” and that the love between her and her husband more simple and, to Steves, inspiring.

8. “Never make [dementia] a secret. There should be no shame. Why feel ashamed of having a complex brain disease? People are afraid to talk about it.” — Wendy Mitchell

Like O’Brien, Wendy Mitchell also decided to write a memoir after being diagnosed with early-onset Alzheimer’s disease (she also has vascular dementia). That memoir, called “Somebody I Used to Know,” was published in 2018. Mitchell also blogs about her daily life with dementia, and in an interview with The Guardian, explained that she is open about her condition to reduce the shame that surrounds it.

9. “While the final chapter of my life with dementia may be trying, nothing has diminished my gratitude and deep appreciation for the countless blessings in my life.” — Sandra Day O’Connor

In October 2018, retired Supreme Court Justice Sandra Day-O’Connor wrote an open letter revealing she was in the “beginning stages of dementia, probably Alzheimer’s disease.” She said she would continue to live in Phoenix but would be stepping away from public life.

Her husband John also had Alzheimer’s, which according to a new biography was part of the reason why she retired from the Supreme Court in 2005.

10. “Alzheimer’s is me, unwinding, losing trust in myself, a butt of my own jokes and on bad days capable of playing hunt the slipper by myself and losing. You can’t battle it, you can’t be a plucky ‘survivor.’ It steals you from yourself.” — Terry Pratchett

Author Terry Pratchett was diagnosed with posterior cortical atrophy (PCA) in 2007. PCA is believed to be either a form of Alzheimer’s disease or possibly a unique disease. Before his death in 2015, he wrote an essay published by the Alzheimer’s Society and later in The Guardian reflecting on his diagnosis. He described PCA as having “extreme problems handling the physical world,” but still being able to “talk your way out of it.” He also expressed his belief that one day there would be a cure.

“It is a physical disease, not a mystic curse; therefore it will fall to a physical cure. There’s time to kill the demon before it grows,” he wrote.

What quotes about Alzheimer’s disease do you find relatable or even inspirational as you navigate your own journey? Share them in the comments below. If you’re feeling alone in your journey with Alzheimer’s disease, know that there are many others out there who understand what you’re going through. Check out these stories for more insight: