A hospital is under investigation after sending a woman with Alzheimer’s disease back to her locked care facility in a taxi in the middle of the night.

Savina Genoese Zerbi, 84, had been living at Regency Palms Senior Living in Long Beach for about a week when she threatened to kill herself. Paramedics took her to College Medical Center on January 12 and she was discharged later that night. Hospital staff called her a taxi, which dropped her off alone at Regency Palms at 2:15 a.m., the Long Beach Press Telegraph reported. 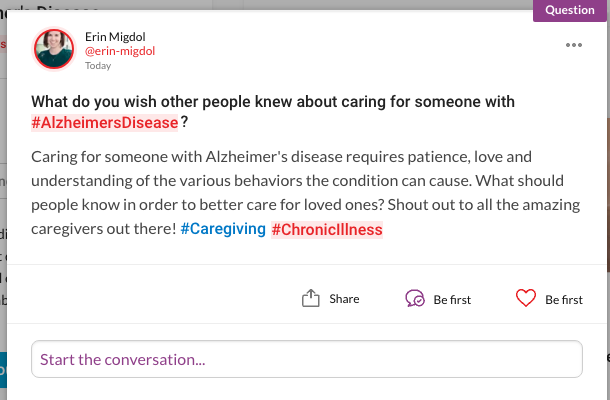 Security footage shows Zerbi wearing a bathrobe and holding an envelope, pulling on the locked door handle, banging on a window and circling around the entrance for 25 minutes. She was let in at around 3 a.m., according to CNN.

Zerbi’s daughter, Costanza Genoese Zerbi, told The Mighty that the Regency Palms was locked due to the late hour and she believes her mother was eventually let it when staff saw her on the security cameras.

Costanza had been with her mother in the hospital for a few hours earlier that night but left to take care of her children. A hospital employee called her and said her mother had been discharged and would be transported back to Regency Palms. She told him the hospital should call Regency Palms and they would send someone to pick her up.

But the hospital called her a taxi instead. In a statement, College Medical Center said Zerbi had asked to return on public transportation.

“Patients have a right to choose their method of transportation upon discharge from the hospital,” the statement said. “This particular patient denied College Medical Center’s assistance with transportation and insisted that she be taken to her place of residence via public transportation.”

Costanza said her reaction the next morning when Regency Palms staff told her what happened was “horror and disbelief,” and she has since filed a complaint with the California Department of Public Health against College Medical Center.

She told The Mighty that her mother has no idea what happened, and Regency Palms has been “unbelievably helpful” in keeping her safe.

“The hospital reached out to ask for a meeting and then issued a stupid statement saying that they let her go because it is what she requested,” Costanza said. “She is unable to make decisions for herself — she is mentally incapacitated. Letting her choose is pretty insane.”

The California Department of Public Health issued a statement confirming that the investigation is ongoing:

Alzheimer’s disease is a progressive disease that includes symptoms like disorientation, confusion about events, time and place, suspicion of loved ones and caregivers, and mood changes.

The Mighty reached out to Regency Palms and College Medical Center for comment and has yet to hear back.

Download it now to get support from other caregivers.