1. “It’s not a part of getting older. There’s a misconception that as you get older you become forgetful and Alzheimer’s is just a continuation of aging, but it’s not. It’s a terrible disease, not a part of aging. It’s not something that’s inevitable or just happens. It’s something we’re trying to fight to bring awareness to because with funding and research there can be hope.” — Stephanie Vasquez 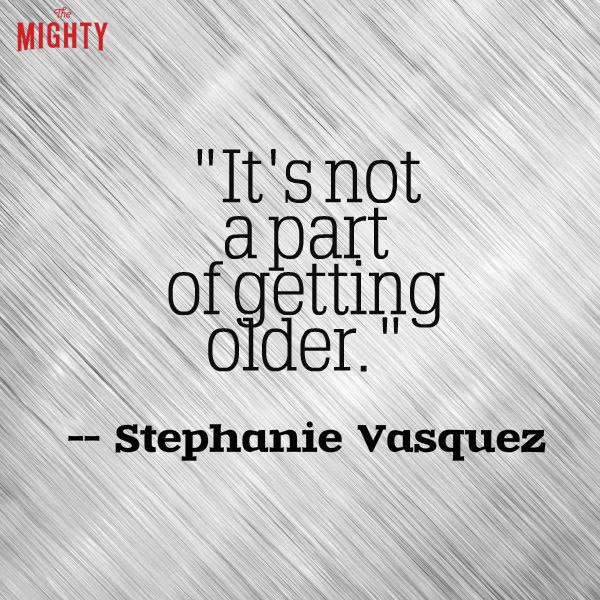 2. “Be patient with those who suffer. Repeating and forgetting require compassionate responses, not exasperated ones. The disease might hide the person underneath, but there’s still a person in there who needs your love and attention.” — Jamie Calandriello 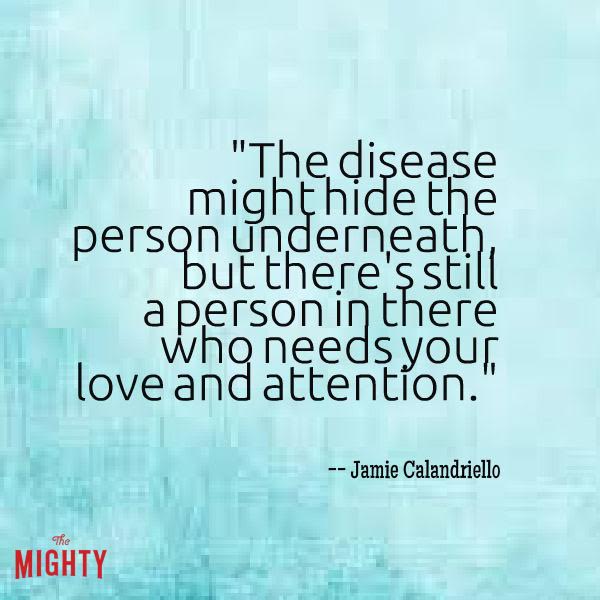 3. “I wish people understood how scary it must be for the person going through it.” — Tbird O’Leary

4. “The disease is still progressing… even though helpful medication exists, there’s still no cure, and we have to keep fighting to find one.” — Sally Noelle 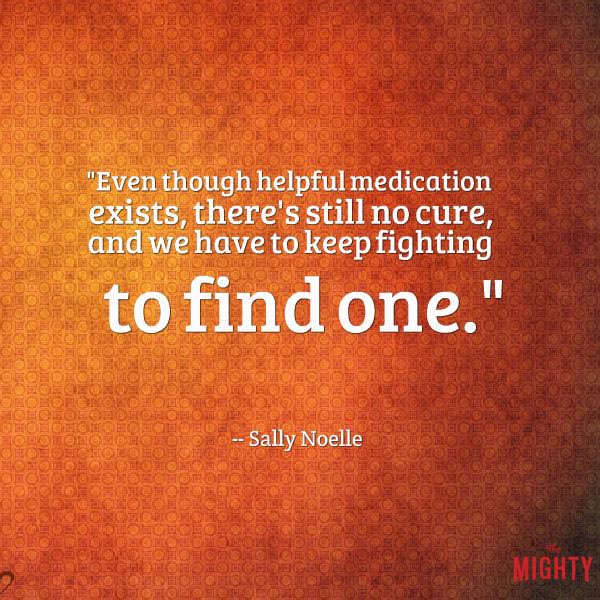 5. “Just because he looks fine at this moment doesn’t mean it will be the same in five minutes, tonight or tomorrow.” — Nikki Dodson

6. “[People with Alzheimer’s] can’t change the way it makes them act anymore than a cancer patient can keep the cancer cells from spreading.” — Brandyn Shoemaker 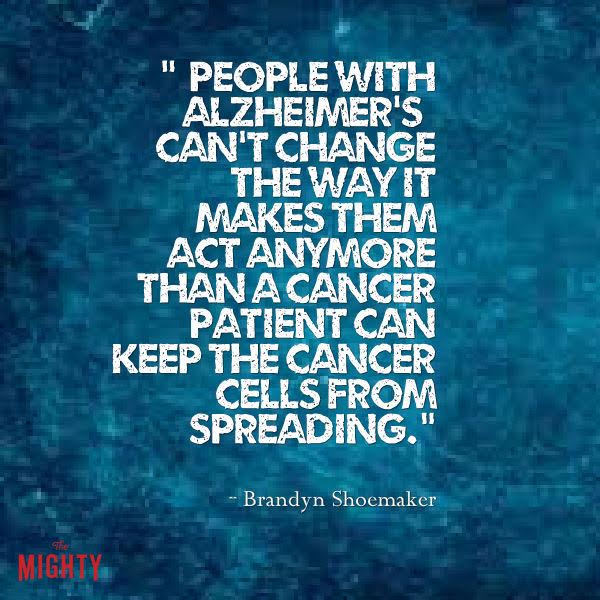 7. “I wish the world knew how heartbreaking it is to stand beside the woman who was the first one to ever call you by your name and realize she doesn’t know who you are. I wish they knew the joy it brings when she suddenly looks up at you after you’ve sat there for hours massaging her hands with lotion and says, ‘I love you, kid.’ It’s extremely hard to mourn the loss of my lifetime companion, my mother, while she’s still alive.” — Nancy Elizabeth Faram 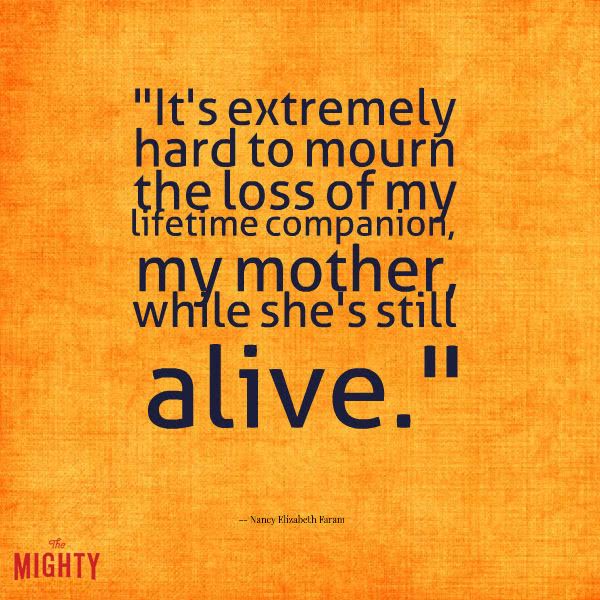 8. “Rational thinking is gradually lost with Alzheimer’s, so don’t try to reason with someone with this disorder. Instead, distract them in as gentle a manner as possible. If they get angry or defensive, listen until they’ve said what they need to say. And remember, each time you interrupt or argue, you increase the duration of the conversation without resolving the issue.” — Rex Bierley

9. “It’s not simply forgetting things and people. It’s delusions, hallucinations, anger, poor judgment and personality altering. These things can come and go and the person suffering and their loved ones are on a continual and unknown roller coaster.” — Kimberly Crawford Bowman 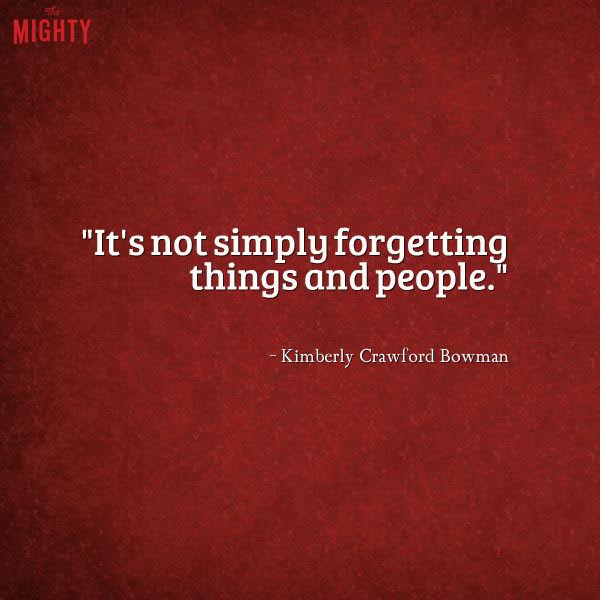 10. “They’re not doing this on purpose.” — Denise Christy Reich 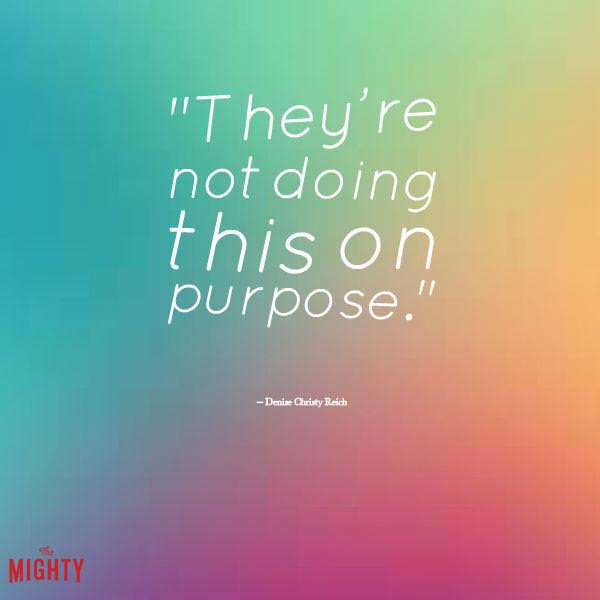 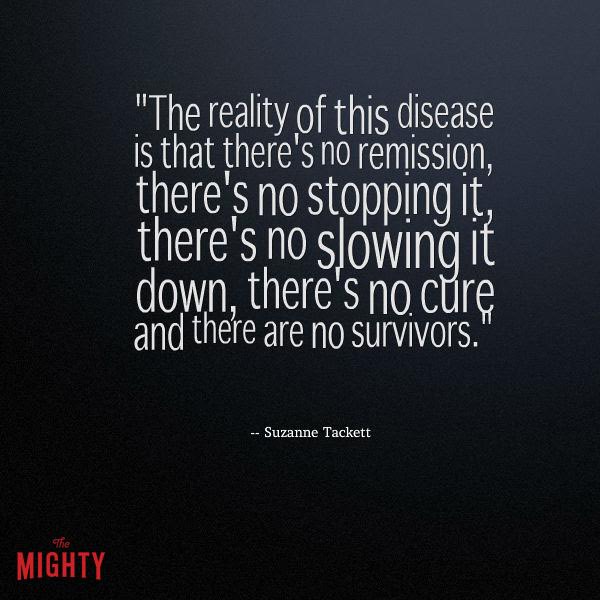 12. “One moment there’s clarity, and they look at you lovingly and say your name. A second later, they look at you frightened or confused because you look familiar or they don’t know you at all.” — Samwise Gamegee Works

13. “Even though behaviors have changed — the person you remember is still in there.” — Roxzan Sukola 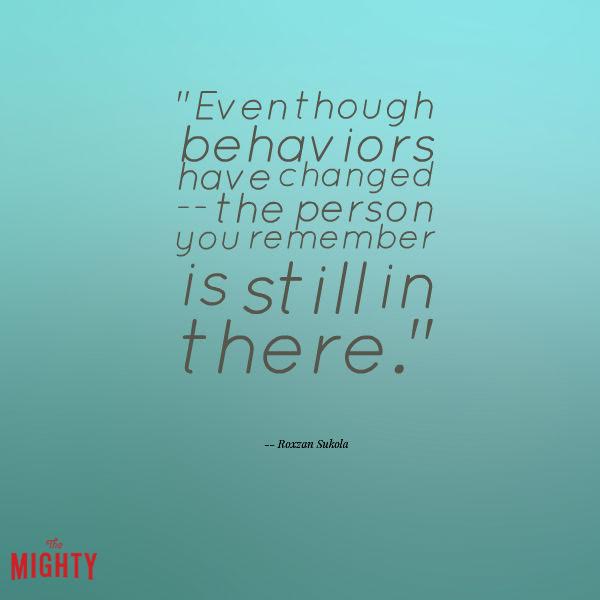 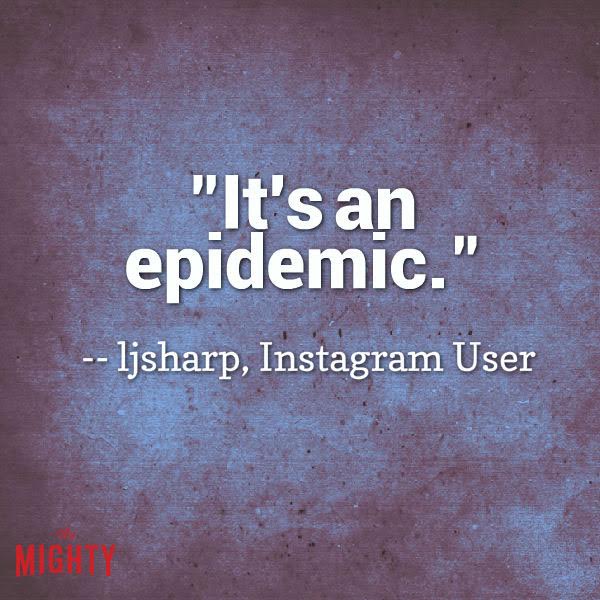 15. “It’s not just memory loss. It robs the person of who they are and the ability to do the most basic tasks.” — Janice La Bella

16. “Losing some memories doesn’t make the still present ones any less important and meaningful.” — Molly Halla 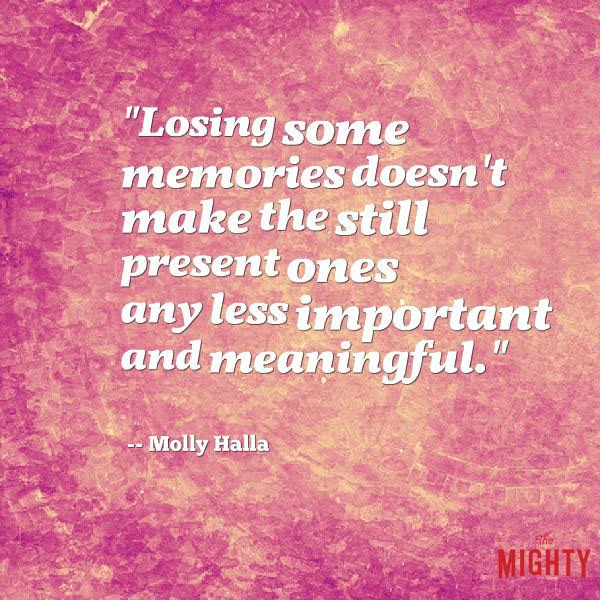 17. “I wish people wouldn’t ask how my mom is doing or if she’ll get better. I wish people understood that Alzheimer’s is currently a terminal disease and that caregivers have to watch their loved ones waste away in front of their eyes. It’s often a painful thing to discuss [because] every time they ask, the person is worse than before.” — Michelle Raza

18. “[It’s] devastating when a person who helped raise you completely forgets who you are.” — Odalys De Leon 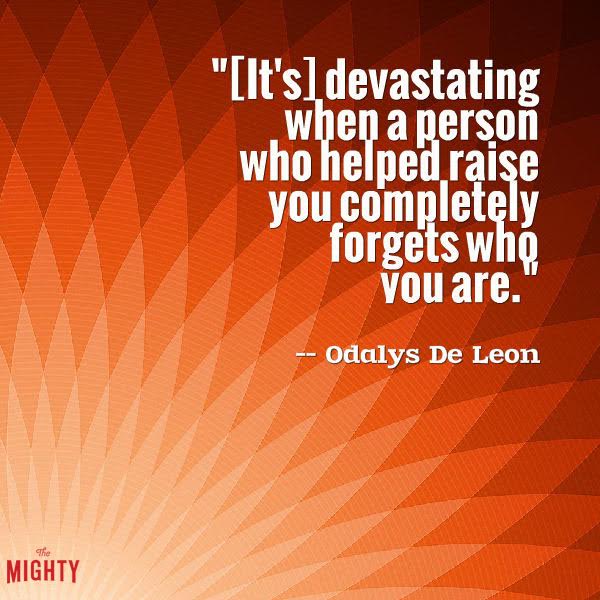 19. “The caregiver, much like with any disability, carries a huge load. They need our support and love.” — Walking With Drake 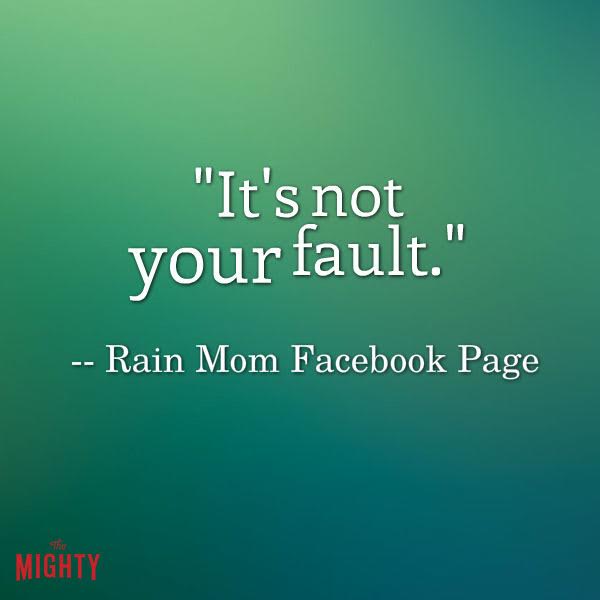 21. “It’s the worst. People can’t handle it so they stay away. It’s isolating and lonely.” — Lisa Begley 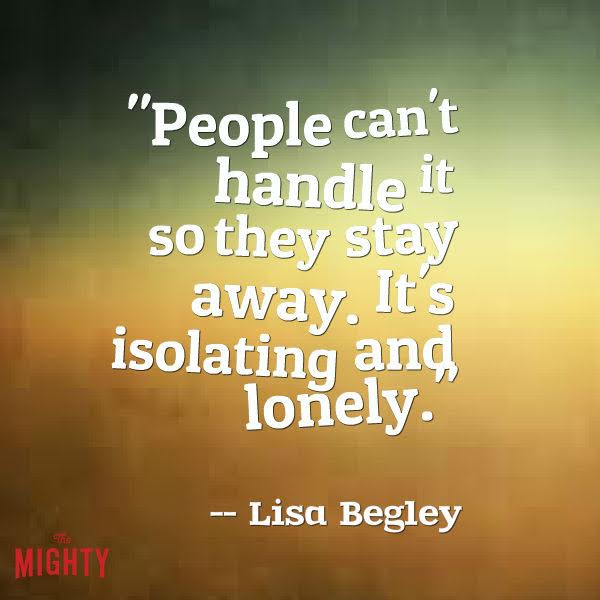 22. “Although your loved one may not remember you or might do things that frustrate you, this is the time when he or she needs you the most. Your loved one needs you to care, to advocate, to be patient, to love and to be vigilant. Don’t turn your back on them.” — Angie Nunez Merryman 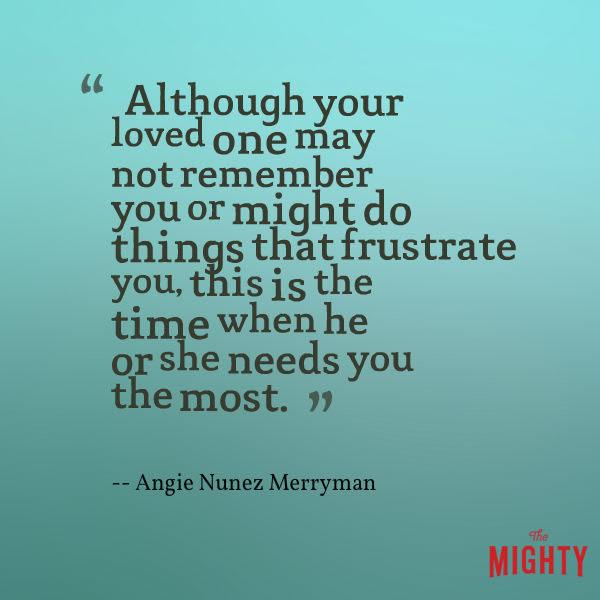 23. “I wish doctors would realize that the person with Alzheimer’s has thoughts and feelings about their care. Look the patient in the eye instead of talking to a family member and asking them questions as if the person who has Alzheimer’s isn’t there.” — Cynthia Adams McGrath

24. “You can’t explain what it’s like to mourn someone who’s still alive unless you’ve experienced it firsthand. It truly is the long goodbye.” — Jessica Seay-Soto 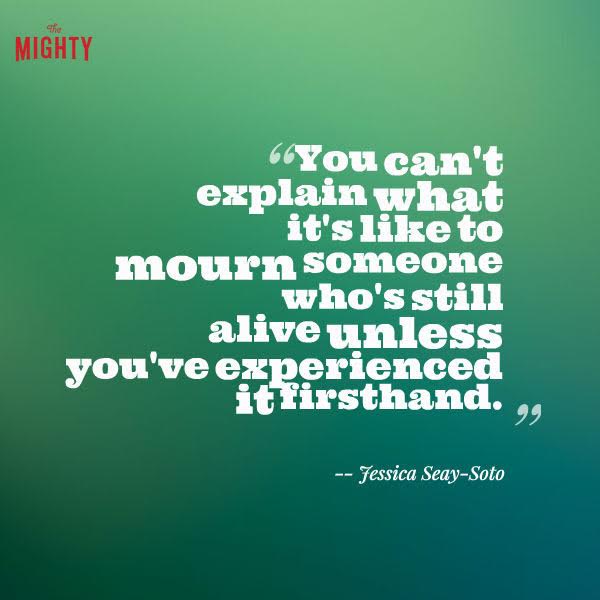 25. “[It’s] important to remember those who are suffering from Alzheimer’s as they were before the disease and to keep that person in mind when learning to cope with the disease.” — alib13

26. “The person who has Alzheimer’s knows that pieces of the puzzle are missing, and they are terrified.” — sheilamcphierasak 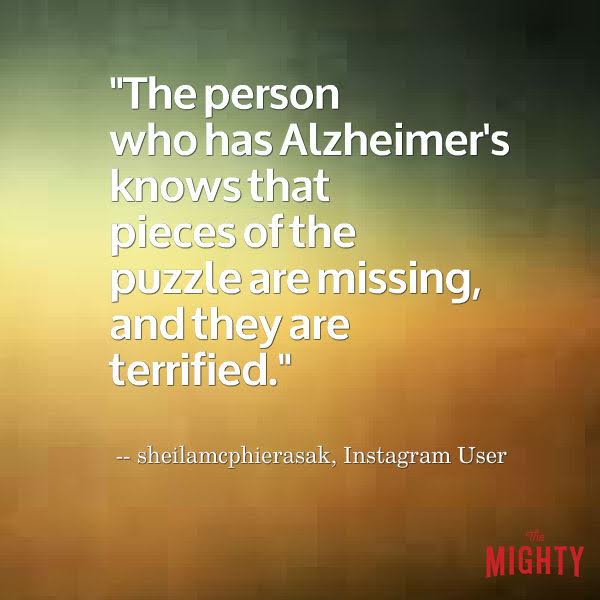 27. “To lose a loved one is always sad, but losing a loved one bit by bit is so sad. It’s horrible to watch someone you love struggling to find words and trying to remember things they realize they should know. You feel so helpless seeing someone looking lost, and you try to take away that fear.” — Jeanette Maxwell 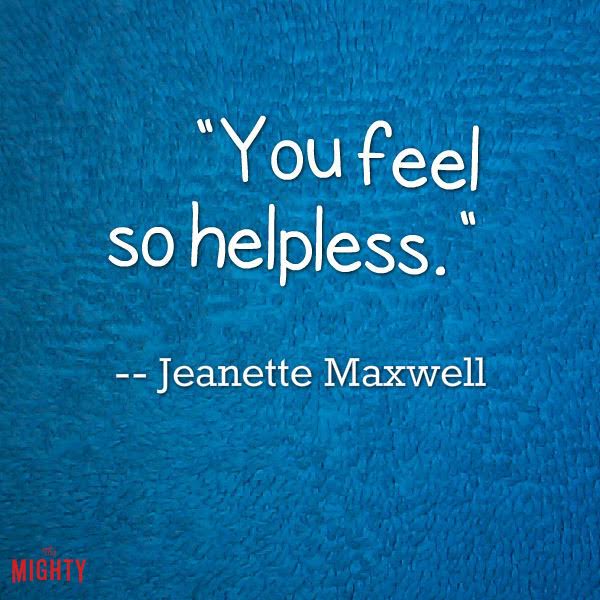 28. “I wish people understood the unique experience of grief and loss that comes with Alzheimer’s. My dad was 64 when he was diagnosed, and we’ve been living the loss of him for four years now, even though he is still in our presence. I can still hold my dad’s hand, but I miss him every day.” — Anna Copley 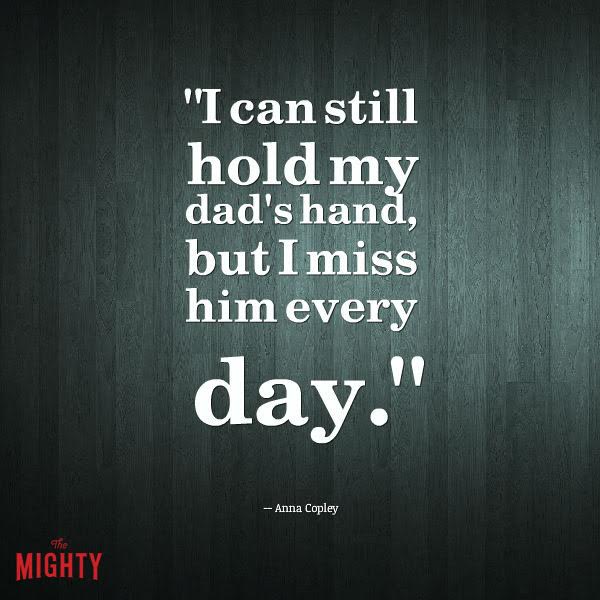 29. “Alzheimer’s patients are people, not patients. They are husbands, wives, brothers, sisters, bosses, employees, sons and daughters, all of whom were robbed of time and the ability to continue to chase their dreams and live their lives freely.” – nicoleadeline

30. “Referencing ‘The Notebook’ doesn’t mean anything to me. [My mother] not recognizing me is the least of my worries because she no longer knows how to swallow.” — fancyy77 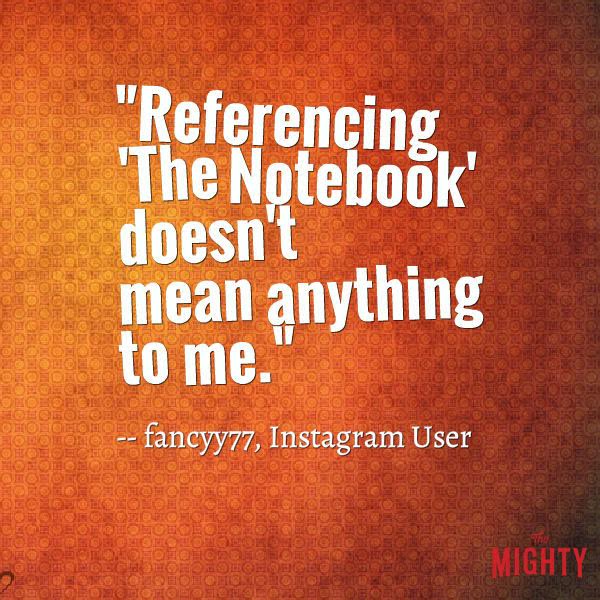 32. “I wish other people would understand that the person affected by Alzheimer’s is not a child or a toddler, as I have heard people casually say to me. Yes, they have childlike qualities, but people have to understand this individual is still an adult, and you can’t treat them as you would a kid. My mom can notice when she’s not getting the respect she deserve.” — a11ofthelights1832 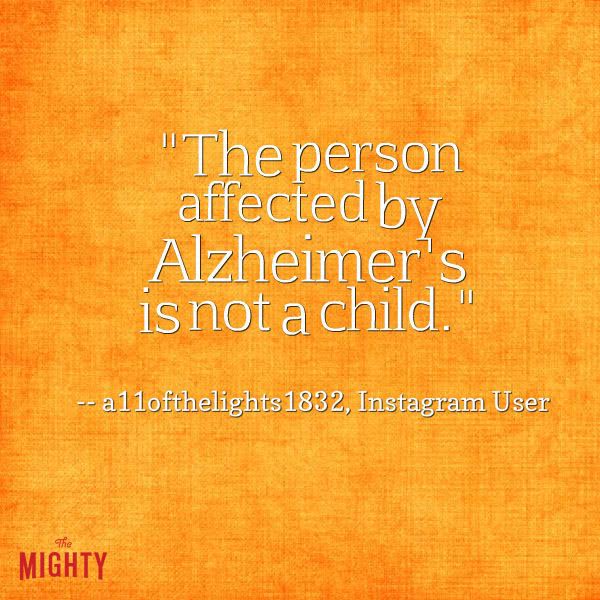 33. “They may not be able remember who we are, but they feel us just the same.” — Amanda Dillon 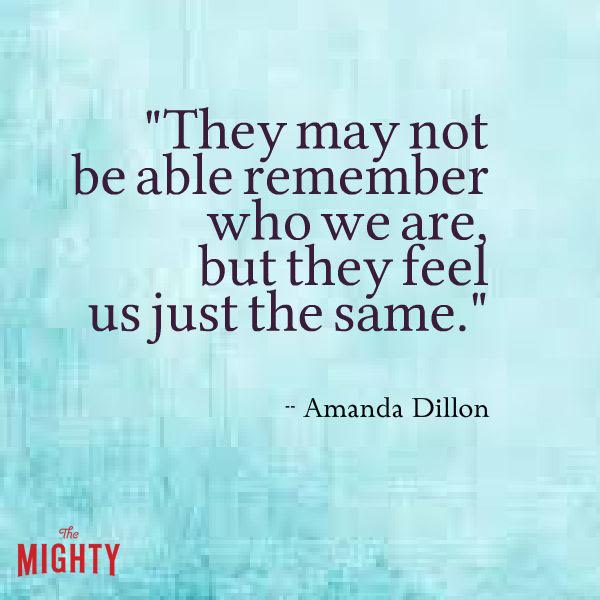 What would you add to this list? Let us know in the comments below.

Visit Hilarity for Charity to learn what they’re doing for Alzheimer’s disease.

Save
Conversations 131
We use cookies and related technologies to help identify you and your devices, enhance your experience and conduct advertising and analysis. By choosing "Accept", or by using this site, you are agreeing to our use of cookies. You can read more about how The Mighty uses cookies in our Cookie Notice.
Manage Choices
Accept