How a 'Game of Thrones' Character Helps Me Cope With Anxiety

There have been two constants in my life: anxiety and a love for fiction. They’ve been among my defining characteristics for as long as I can remember. So, I suppose it’s only fitting that as my anxiety has grown over time, so has the intensity of my connection to books, television and film to the point that the latter has often served as a coping mechanism for the former.

One character in particular has developed into an invaluable (albeit improbable) source of strength: Theon Greyjoy from “A Song of Ice and Fire” (ASOIAF) and “Game of Thrones.”

A little over a year ago, I was struggling to get through my last semester of college. Three and a half years of unprecedented anxiety had deteriorated my mental and physical health, and I was struggling to function. By sheer coincidence, it was during that time that I listened to the latest installment of ASOIAF, “A Dance With Dragons,” on audiobook and binged season 4 of “Game of Thrones.” Theon’s arc stood out to me.

To succinctly summarize several thousand pages and over 60 hours’ worth of character development, Theon Greyjoy was the salty ward/hostage of house Stark who, after making a series of supremely bad decisions, was taken prisoner by the sadist, Ramsay Bolton, and tortured. In both “A Dance With Dragons” and season 4, Theon emerges from the Bolton dungeons as Reek, a docile slave, conditioned though pain to serve his master. The further into Reek’s arc I got, the more I related to him.

To be very clear, I am not conflating anxiety with post-traumatic stress disorder (PTSD) nor am I claiming insight into the experiences of torture victims (though, for what it’s worth, a domestic abuse survivor thanked Theon’s actor, Alfie Allen, for his portrayal of trauma).

The truth is, however, I do identify strongly with Theon Greyjoy, and I’m writing this in the hope that my experiences might prove instructive to someone else. Because for those struggling to cope with reality or feeling disconnected from those around them, fiction can offer much more than just entertainment or escapism.

In my case, Theon offers me a much-needed sense of connection, validation and hope. His desperation to avoid pain and his disproportionate fear of what seem like minor concerns to other characters reflects my own thought process with eerie accuracy and, in the show, Alfie Allen’s stooped posture and uncontrollable shaking resembles my physicality during intense anxiety.

It’s easier for me to describe my mental state or explain anxiety to others by using Theon as a reference i.e “You know how Theon can’t just snap back to his season 1 self? He can’t just press a reset button and function the way he once did? Well, neither can I.”

More importantly, Theon has become an integral part of my mental and emotional fortification, that is, the internal life I draw from to keep functioning in a world I find overwhelming.

When most people around me (with a few blessed exceptions) conflate anxiety with stress and I must earn empathy and understanding through lengthy explanation, it’s comforting to feel validated, to see elements of my own mental state reflected in someone else.

Moreover, Theon’s story has taken a darkly optimistic turn, and the significance of this can’t help but resonate with me. He’s escaped Ramsay Bolton and, in the show, he’s joined forces with his sister. He continues to struggle with the psychological and physical damage he’s sustained, yet he is still functioning. He hasn’t fully recovered (and probably never can), but he hasn’t given up or been “put out of his misery” (as many fans wanted). The narrative is allowing him to remain altered by his mental illness and still move forward.

I realize some may find it strange or childish to fixate on a fictional character so intensely, but the reality is doing so helps me get by. I have stopped myself from crying at work by focusing on this character. I’ve knelt behind shelves (I work in retail) and eased myself through panic attacks by thinking, “It’s OK. You’re Theon. You’re not dying. You’re not weak. You’re Theon.” I’ve resisted the urge to barricade myself in the bathroom by telling myself it’s OK if my shoulders hunch and I shake because … well, that’s how Theon moves. 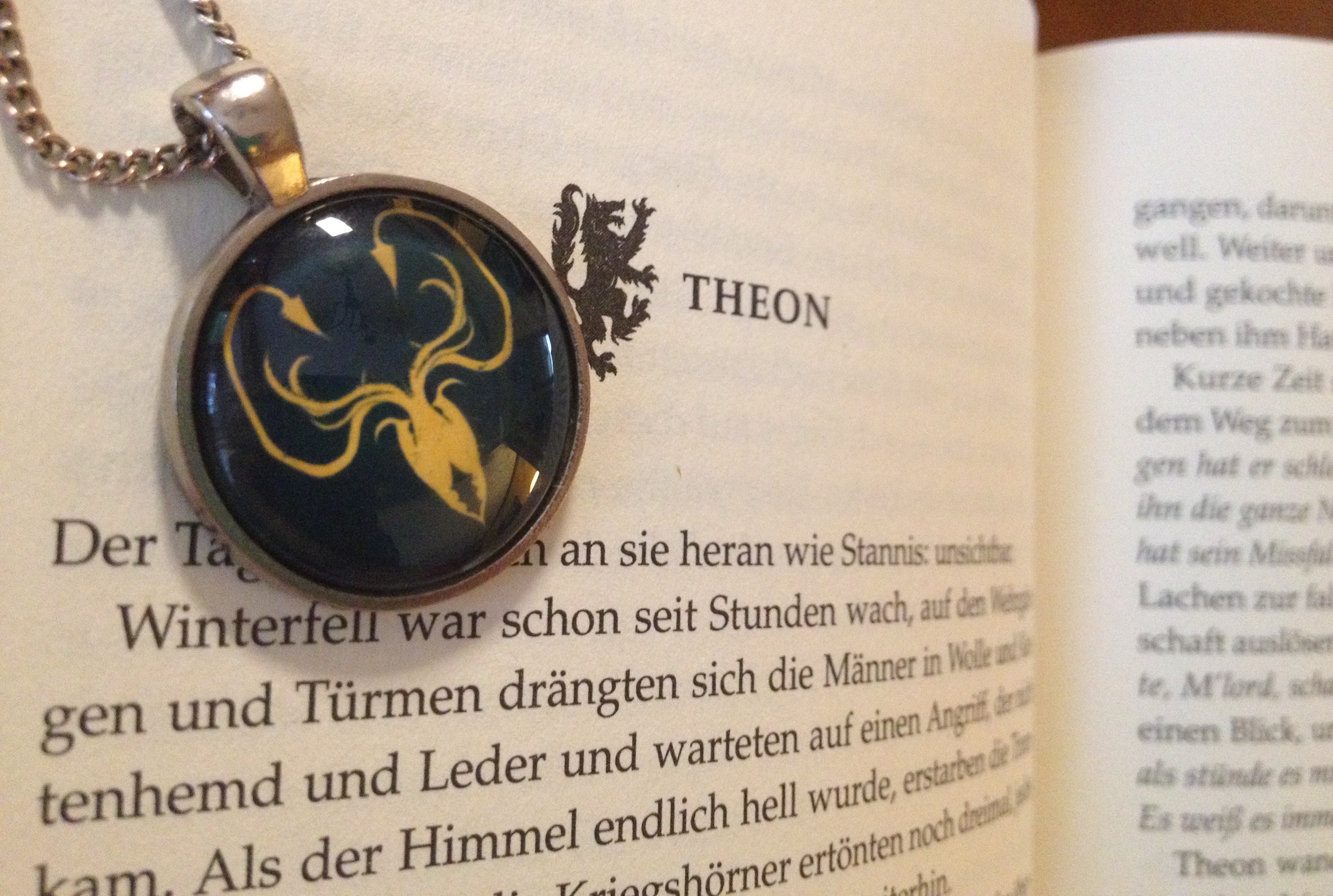 Fictional characters may not be real, but their impact on those moved by their story is. Theon is a figment of fantasy, but those who created him, author George R.R. Martin, showrunners D.B. Weiss and David Benioff and actor Alfie Allen, had to have drawn from some truth within themselves to fully realize him.

My emotional connection to fiction may be inextricably linked to my anxiety, but for the comfort and strength it has offered me, I am grateful for it.

If you or someone you know needs help, please visit the National Suicide Prevention Lifeline. You can also reach the Crisis Text Line by texting “START” to 741-741. Head here for a list of crisis centers around the world.

The Crisis Text Line is looking for volunteers! If you’re interesting in becoming a Crisis Counselor, you can learn more information here.

Petra Halbur is a coffee-drinker, dog lover and Hufflepuff apologist struggling with anxiety and depression. She writes for The Mary Sue and Watchers on the Wall.

petra-halbur
Want more of The Mighty?
You can find even more stories on our Home page. There, you’ll also find thoughts and questions by our community.
Take Me Home