So, You Think Anxiety Isn't Real

After a year and a half of hospitalizations, misdiagnoses, countless medication changes, and many unanswered questions, I was fortunate enough to get an evaluation appointment with one of the best mental health specialists in the country. My parents and I drove six hours south to meet this doctor to hear his opinions on my diagnosis and future treatment.

The evaluation process took more than five hours. At the end of the day, the doctor said, “There is no need for her to be on antipsychotic medication because she actually has a severe anxiety disorder.”

My parents were so happy to hear this prognosis, and everything the doctor explained about the onset, symptoms, and reactions I had to medications made sense. At the time, I couldn’t wrap my head around the idea that I had an anxiety disorder because I didn’t understand how the severity of what I was going through was a term I heard people say every day. Many times people use the word “anxiety” when they are describing feeling stressed or nervous about something. When I heard the doctor say “anxiety disorder,” I thought he meant I was just a nervous person. After learning more about anxiety disorders, I realized they are real psychiatric disorders that can consume and change someone’s life and future. 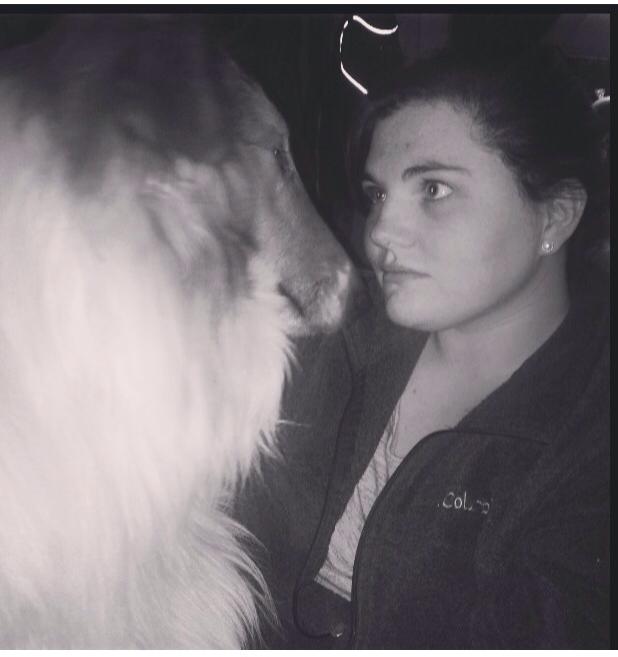 Photo: My psychiatric service dog with me during an anxiety attack.

An issue I’ve seen many times for people with anxiety disorders is others’ belief that anxiety isn’t real. When people are dealing with anxiety, one of the most damaging statements they can hear is that they are making it up or exaggerating their feelings. Some common examples are phrases like:

“All students go through this at the end of the semester.”

“She’s just trying to get attention.”

As a woman with an anxiety disorder who also has friends and family with anxiety, I’ve heard countless versions of these statements. I usually don’t dwell on the limitations I’ve had to deal with due to my disorder, but what I’ve faced over the past few years illustrates that anxiety is real and should not be taken lightly. For those who think I’m “doing it for attention,” consider this:

This is how anxiety has had an impact on my life. I’m not using anxiety as an excuse to skip school, get out of a test I forgot to study for, get extra time on a paper I put off doing, leave work early or avoid my adult responsibilities. When people use the word “anxiety” as an excuse, it essentially tells the world that people with diagnosed anxiety disorders can turn it on and off and are just exaggerating their symptoms. Nobody would want to go through a battle with mental illness if they had the choice. We are not doing it for attention.

Anxiety is a disorder, not a decision.