The Bullshit That Is Having a Cancer Recurrence

I sat on the table today in the oncologists office, my boyfriend sitting off in the corner quietly, as the doctor explained that my CA125 climbed. “You’re cancer is probably back; actually, it might not have ever gone away.”

Six months. I made it just shy of six months from my last infusion for maintenance chemo before today’s horrible news.

What’s sick is I knew deep down for months that it was back. I knew in December it was back.

The pain in my flank, the intestinal issues, the massive hot flashes, the exhaustion, the heart burn: these are all things I lived through before diagnosis. But I was lucky then: I didn’t understand what that meant.

No, this time, I know the hell I’m about to walk through.

I remember all too well the nights curled up beside the toilet after puking for an hour because the Taxol side effects weren’t under control. I remember the slowness and the horrible waves of chemo brain. I remember the pain of blood draws week after week. I remember how horrifying it was to watch my hair fall out in chunks and my eyebrows disappear. I remember the isolation and loneliness. I remember the aversion to food and the fear of infection.

I remember it all.

And it makes me angry and terrified. 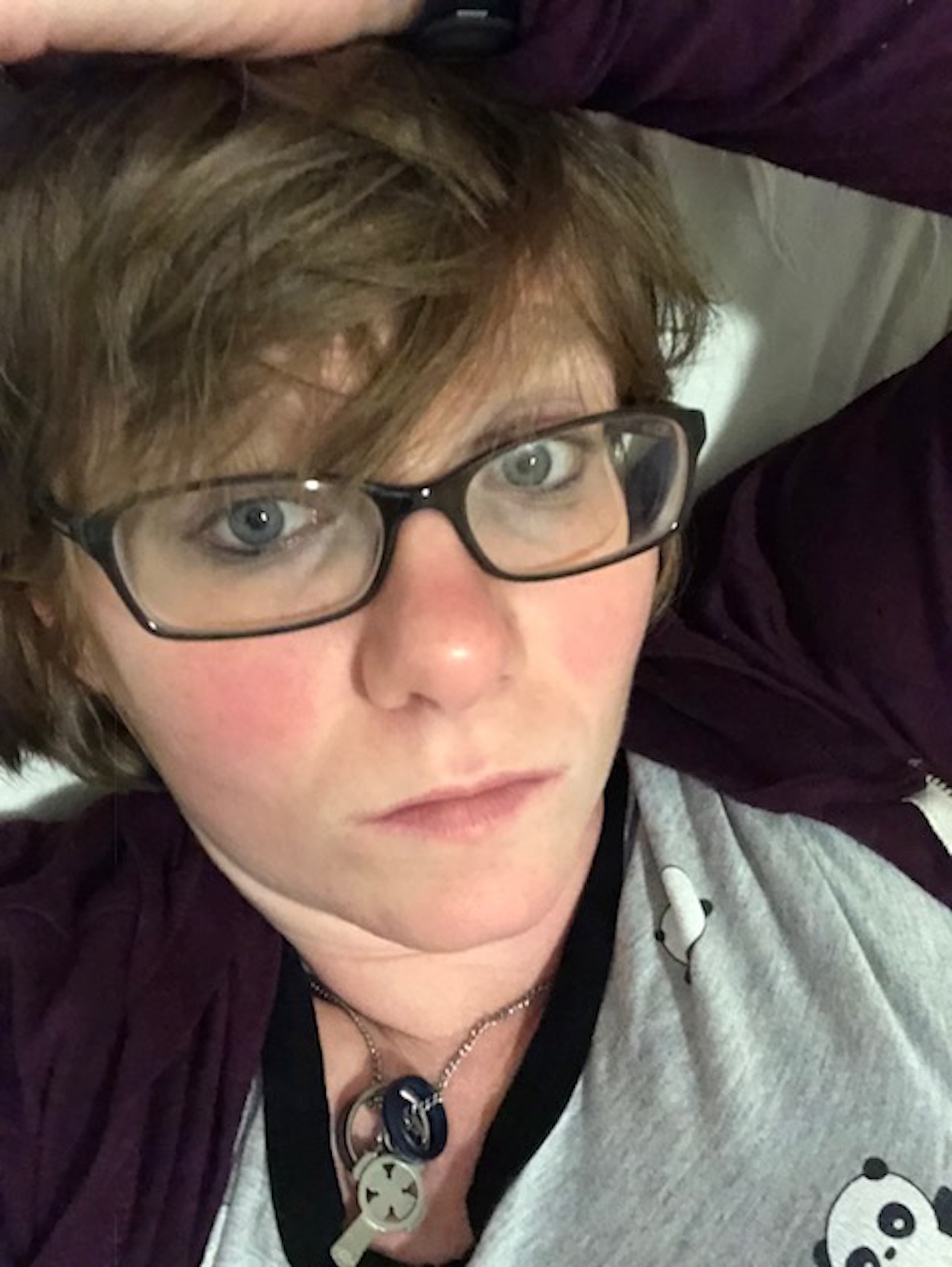 For months during chemo, I clung to the idea that I’d be done and be “normal.” It was my light at the end of the tunnel, this idea of normalcy.

I didn’t even to get to have it because the only reason chemo ended was because my kidneys began to fail. So I began down a different path of pain, testing and confusion.

And just as that gets under control, now I’m forced back to Cancer Land?

I had to sit and tell my family, who went through hell with me the first time, that we are “probably” going back through it again. They’re so loving and so good about promising we’ll get through this.

But they don’t see just how angry I am.

How terrified I am.

It’s the worst to have to tell people who were so happy to move on that we’re going back.

It was worse to watch the love of my life sitting in that office with me, trying to be positive and trying to understand. He did what I expected and tried to look for reasons, that maybe this is a fluke, maybe it’s because I changed my diet or because I was finally able to eat raw food again.

But after a few hours, I could see the shift.

Reality hit him too.

But I know it’s not me. It’s just the reality of being a low grade ovarian cancer survivor with a ridiculously high rate of recurrence in two years.

It makes me wonder, how “lucky” will I be this time? Even my oncologist isn’t sure what my body can tolerate anymore. He flat out said my body does not respond well the chemo. Months of coping with suppressed bone marrow and near kidney failure support that statement of his.

So next I go for a PET scan, and then afterward we decide where to go. Back to Chemo World? On to some new hell that will leave me a mess? Or just waiting as the monster living inside me decides to ravage my insides again?

So many questions and so little answers.

So many tears shed today and so many moments of rage.

In August 17, 2016, I went into surgery for something else and came out a Stage 3C Ovarian Cancer Survivor. My life had to change with my change in status and this is my story.

sweetsurvivor
Want more of The Mighty?
You can find even more stories on our Home page. There, you’ll also find thoughts and questions by our community.
Take Me Home