14 Badass Moms With Chronic Illness to Celebrate on Mother's Day

As a mom living with a chronic illness, you deal with the pressures of parenthood all while fighting for your health. You manage your doctor’s appointments and your kids’ after-school activities, take care of your own body while teaching your kids to take care of theirs, and manage the complexities of health insurance. Basically, you kick ass.

We rounded up 14 moms who have chronic illnesses, just in time for Mother’s Day. Of course, this list is missing a few people: all of you, the women tackling motherhood and illness every day even when your health makes it tougher than most people realize. We urge you, no matter how hard it is, to take some time this week to remind yourself just how great of a parent you really are — even when it doesn’t feel like it.

❤️Watching tonight’s episode of #RHOBH brought tears back to my eyes. Seeing my Children, my mom and friends show up to support me, speak for me and listen, meant more than words can ever say. We who suffer from Chronic Lyme can only ask for our loved ones to try to understand and be compassionate about this invisible disease. Thank god I am blessed with a small circle that has guided me through these years and never let go. The global Lyme alliance gala was a huge success – Together we raised over $3 million dollars that evening for research, proper diagnostics, and one day- find a cure! #LymeDiseaseAwareness #WeMustFindACure @globallymealliance @bravotv

Viewers of “The Real Housewives of Beverly Hills” saw Yolanda Hadid (then Foster) fiercely defend her Lyme disease diagnosis, as well as her children Bella and Anwar’s Lyme disease diagnoses as well (she also has a third child, Gigi). “Shame on those who think it’s OK to spread rumors and provoke doubt about something so heart wrenching,” she wrote in a blog.

Melissa Benoit, a mother with a 2-year-old daughter from Ontario, was born with cystic fibrosis. When her health took a turn for the worse in 2016, doctors removed both her lungs and kept her alive with lung support technology for six days until she received donor lungs — a procedure that had never been done before. She –> that the hardest part was watching a video taken in the ICU when doctors needed her to give a sign that she was still alive. “My daughter… was sitting on the edge of my bed yelling, ‘Mummy, wake up!’ Repeatedly, over and over again, and my husband’s there telling her, ‘You tell Mummy — wake up Mummy!’ And I think that was the hardest part of the entire process — knowing that that had to take place,” Benoit said. 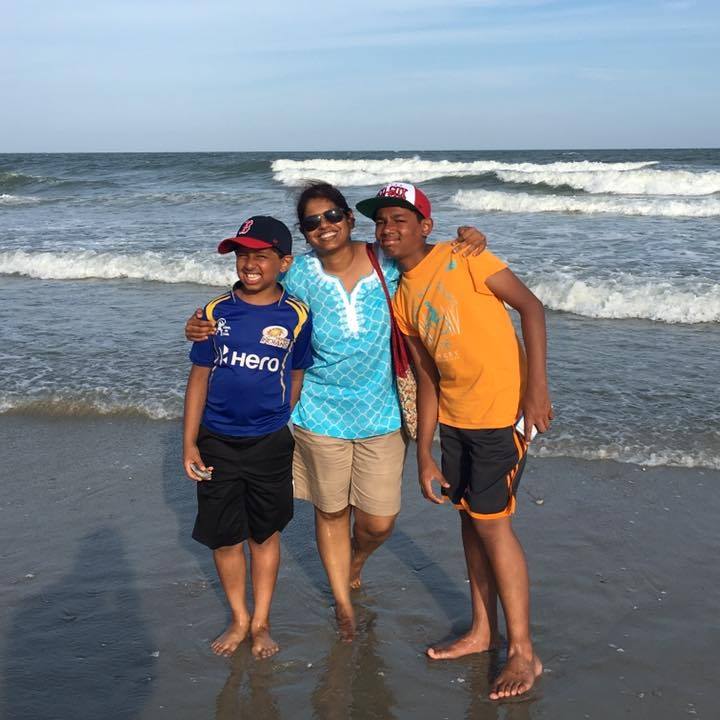 Lakshmi Rajagopalan lives in Massachusetts with her husband, two boys, Vidyuth and Vishruth and her dog Rocky – her “four pillars of strength.” She blogs at LGV Blogs about living with fibromyalgia while raising her sons and dealing with the guilt she often feels. She wrote in a blog on The Mighty.

Granted, there are times when I feel so overwhelmed that I feel like I messed it all up, but I guess all of us, whether we are ill or not, feel that way. And I just have to let that feeling pass, like how I always wait for a flare-up to end. All I know is I will love my boys even when they mutter ‘Mom…’ (while rolling their eyes at the same time), try as much as I possibly can to do everything I can as their parent, be open with them about my health and answer their questions in the best possible way and just be there for them always.

Krystal Miller started a blog called “Bag Lady Mama,” where she often posts revealing photos showing her ostomy bag. She’s pursuing a nursing degree and said she is “upfront” about her Crohn’s disease and ostomy bag with her two kids. “I want to help others not feel so alone in their struggles,” Miller told The Mighty. “I hope to inspire others like me to be brave and not feel like they need to hide their battle wounds.”

Katryna Thomas-Shell is an actress (she wrote and performed a play called “Kat’s Bag of Crap”), mother of two and has a permanent ostomy due to Crohn’s disease and ulcerative colitis. She blogs about the negotiations with her energy she must make to get through the day. In a Mighty blog, she wrote:

Your heart fills with love and gratitude for the snoring man on the sofa who has done his best to hold everything together in your demise, and pride and admiration for the brave 7-year-old girl who understands far more than she ever should about your chronic condition.

Look who came to hang out the other night! @dexlauper

Cyndi Lauper had her first psoriasis flare while she was on tour, and eventually inflammation covered her arms, legs and stomach. She partnered with the National Psoriasis Foundation to encourage people with psoriasis to speak out. “Nobody really talks about it and a lot of times you feel alone. I know I felt alone,” said Lauper, who has a son named Declyn.

Settled in for the night. Getting a snuggle even though it hurts. #catsofinstagram #fibromyalgia #chronicpain

M.E. Matthews has three kids and blogs about her life as a mom with fibromyalgia on Scattered Wrecks. She’s written about how her life has changed since her diagnosis and how she is learning to accept that she isn’t as active as she once was. In a Mighty blog, she wrote:

My kids have gotten used to the fact that Mommy can’t do everything. They’ve witnessed me too many times on the couch, curled up in a ball in tears because I can’t make the pain go away… Then I stand back up; I push myself a little more because I have a family that needs me. I will never give up. I will never stop. 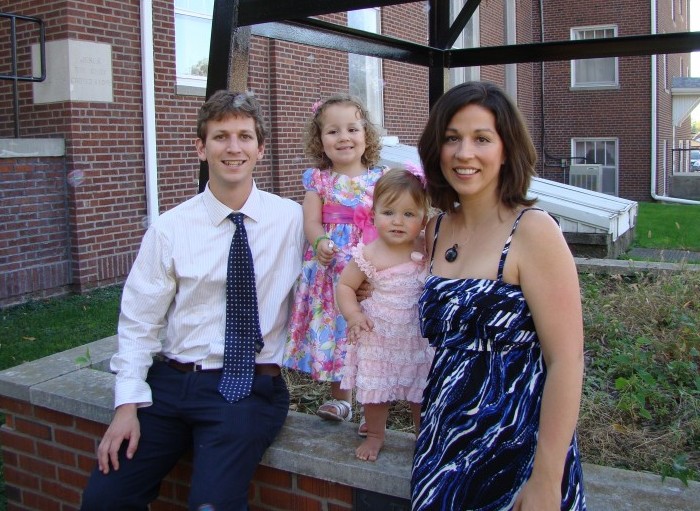 Laura Keating has gastroparesis and gets nutrition using total parental nutrition (TPN) through a feeding tube. In a now-viral story on The Mighty, Keating described the time she was at a restaurant with her husband and daughters and the restaurant manager said he would have to charge her for a kid’s meal even though she wasn’t eating. “My 4-year-old daughter suddenly turned to the manager and said, ‘I don’t think you understand. My mom has gastroparesis. She can’t eat or drink anything because it makes her sick. She has a port right there under her shirt and TPN goes in it. TPN is her food. If she eats she could have to go to the hospital again. I really don’t want that to happen.’ My husband and I looked at each other with wide eyes as our jaws dropped. How did she know all of this? Did our sweet 4-year-old just leave a grown man speechless?” The story illustrates an important truth: While watching you deal with your illness, your kids are learning how to be compassionate and speak up for what’s right. 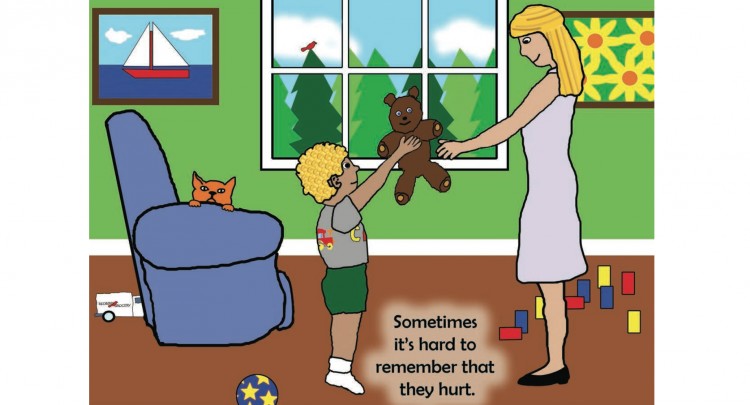 Most moms with chronic illness have experienced the challenge of explaining their illness to their children. Elizabeth Christy wrote a children’s book called “Why Does Mommy Hurt?” to explain her fibromyalgia to her son, who was 3 years old when she started working on the project. “My biggest goal is to eradicate guilt and shame in parenting with pain, and increasing communication with the entire family,” she told The Mighty. “Health is a team effort.” 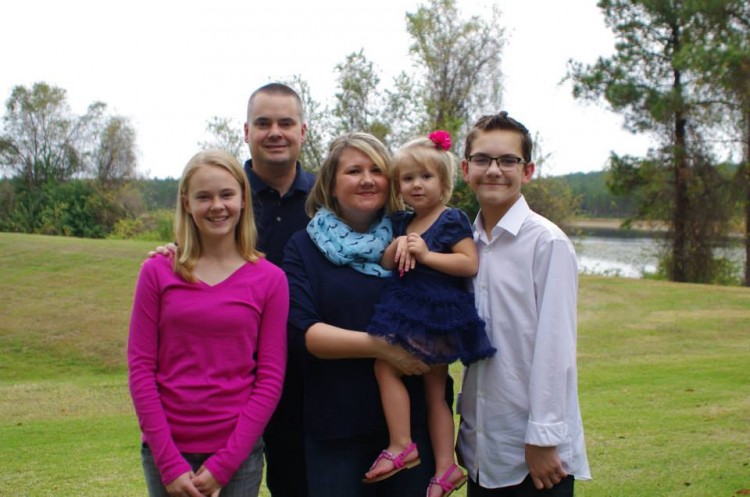 Stacey Philpot is the wife and mother of three behind the blog Chronically Whole, where she writes about the ups and downs of parenting with chronic conditions including common variable immune deficiency, Lyme disease, and interstitial cystitis. She’s honest about comparing herself to the “super cute healthy moms,” what it’s like being in the ER at the same time as her daughter, and “getting the magic back” in her sex life.

The “Guardians of the Galaxy” actress revealed in 2016 that she had Hashimoto’s thyroiditis, an autoimmune condition. “Your body doesn’t have the energy it needs to filter toxins, causing it to believe that it has an infection, so it’s always inflamed,” she told Net-a-Porter’s The Edit. She gave birth to twin sons in 2015 and another son earlier this year. She admitted to Spring.St that motherhood is “wonderful, more than I could have wished for, but it’s also f***ing hard.” 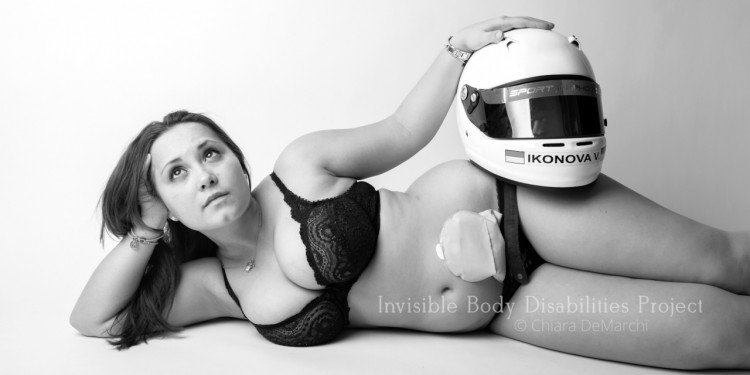 Professional photographer Chiara DeMarchi, a 30-year-old mother of two, was diagnosed with ulcerative colitis, a form of inflammatory bowel disease (IBD) in 2009. She started the Invisible Body Disabilities Project to bring visibility to inflammatory bowel diseases by photographing other people with IBD. She told The Mighty that her son’s birth inspired her to accept her own body. “Thanks to my son I was born for the second time,” DeMarchi said. “I learned to live with my ulcerated gut, to respect the moments of relapse, to get up stronger than before, and to get better for him and for myself.”

Sonya Huber, a writer, teacher and mom from Connecticut, wanted to go to the Women’s March on January 21, but her rheumatoid arthritis and Hashimoto’s thyroiditis meant she wouldn’t be physically able to attend. So she created the Disability March, an official co-sponsor of the Women’s March that allowed people with disabilities to virtually “march” and participate in the protest. “I wanted to figure out a way for us to be counted but also for our issues and concerns to be visible at this critical time in our country,” Huber told The Mighty. 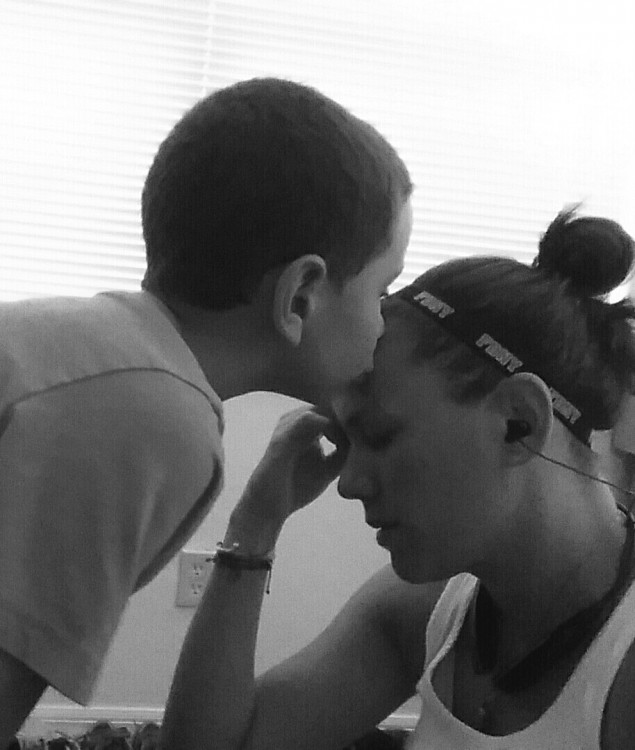 At her blog Runner Unleashed, Gelcys Castaneda writes about her journey as a runner with scoliosis, chronic pain and fibromyalgia, and how she talks about her illness with her young son. Like many moms with chronic illness, she worries about how her illness will affect him, but wrote on The Mighty:

I work hard to make him proud. I work hard so he sees what it takes to get to your dreams. Nothing in life is easy. When you are dealing with multiple chronic conditions it makes life five times harder, but that doesn’t mean you have to give in to your illnesses. You get up and lace your shoes to battle them because you inspire the little ones.

Despite this list we want to stress: you are worth celebrating. Happy Mother’s Day to all our moms facing chronic illness. We’re so grateful for you.

Shout out a Mighty mom in the comments below. Let us know why she inspires you.