27 Signs You Grew Up With a Chronic Illness

Everyone’s journey with chronic illness is entirely unique. Some are diagnosed shortly after their symptoms begin, while others go for years or even decades before doctors can connect the dots. Receiving a diagnosis can often feel like a relief initially, as it provides a concrete explanation for all the strange, inexplicable things that have been happening in your body.

However, in light of a diagnosis, many of those with chronic illness may realize that the signs of their illness started appearing earlier than they originally thought. Suddenly, it might make sense why you were always more tired than the other kids at school, or why you seemed to get sick way more often than your friends.

We asked our Mighty community to share signs they grew up with a chronic illness which they can now recognize in retrospect. Maybe some of the following will remind you of your own childhood.

1. “I have had a lifetime struggle with fatigue. Even if I sleep for over 12 hours, I’m just as tired as I was before I slept. It was always hard to wake for school and I’d have trouble concentrating because I was always so tired.”

2. “I had severe leg pains at night, which of course they said were ‘growing pains.’ I also had headaches and nausea in the mornings and numb/tingly hands. Now I know it was EDS [Ehlers-Danlos syndrome].”

3. “I had what was thought to be terrible colic as an infant and would scream for hours at a time. My parents were at their wits’ end trying to calm me. One of my earliest memories is of being in hospital to get an injection to stop me from vomiting brought on by a migraine. I don’t remember a time in my life when I haven’t had migraines and believe the pain I had as an infant was in fact migraine.”

4. “I always had a sore back as a kid, for no apparent reason, and I always seemed to get tired much faster than other kids my age. But all physical evidence showed me as healthy.”

5. “I’ve gotten heat exhaustion and sun sickness since I was a little girl. During puberty, I started having syncope episodes when rising quickly and was losing the ability to stand when showering.”

6. “When I was 6 years old I was laying in bed with my heart pounding so hard and fast you could see it pounding through my night shirt. I had my first Holter monitor to test my heart that next week. The doctors couldn’t find anything wrong and said I would grow out of it. I was finally diagnosed [with postural orthostatic tachycardia syndrome (POTS)] at the age of 48 and that night when I was 6 makes sense now.”

7. “As a teenager I would get very bad cases of bronchitis twice a year, every year. I wasn’t diagnosed with cystic fibrosis until I was 20 years old. Doctors would just tell me I had severe allergies.”

8. “Severe nausea in the morning! It started in about fourth grade when I was 10 (I’m almost 19 now) and to this day I cannot eat before 10 a.m. without being completely nauseated.”

9. “I never wanted to go out shopping with my parents. I loved the idea of going to the mall or grocery shopping just to spend time with them, but after about 30 minutes of being out of the house I would start feeling sick to my stomach and really uncomfortable and I would end up in so much pain.”

10. “I have complex regional pain syndrome (CRPS). As a kid I could never wear footed pajamas. If I did wear them I would wake up in the middle of the night screaming in pain. No one could figure out why. I now know it’s because of my CRPS which flares up with heat and causes allodynia, or pain caused by anything touching the skin.”

11. “Being abnormally cold all the time. Wearing sweatshirts to the beach. Being really flexible for no reason, always having joint pain and saying, ‘Oh, that’s normal for me.’”

12. “I always craved salty foods. My family would make fun of me for drinking pickle juice. I also spent a lot of time upside down. Like if I felt stressed I would do a hand stand and swear I felt better. I have POTS and I was simply self-medicating for it.”

13. “I was always sick, with a cold or infection. Antibiotics were a daily thing almost my whole life.”

14. “I experienced migraines as early as 11, and my periods at age 12 were borderline unbearable. My mother told me to toughen up, everyone hurts. I tried, but I knew I was different because I was passing out at the start of every period and experiencing debilitating migraines often… None of my friends were.”

15. “I was way more flexible and got hurt more than I should have. I know now it was signs of EDS. I also ‘burp like a truck driver’ which was a sign of my gastroparesis. It’s weird to think that things I thought were normal were actually signs I was totally not!”

16. “I never liked to run outside. I always figured it was because I was never fit, but attempting to run always gave me burning pain in my chest and made me feel like I was dying. I was always very sensitive to pain and would cry in pain much easier than other people did. I really thought I was a hypochondriac because I always thought something was wrong with me but couldn’t figure out what and so many of my symptoms would come and go.”

17. “My dad always wanted me to work out and I always pretended to forget because it was so painful and exhausting. He didn’t believe me when I tried to tell him, he just said that if I pushed through I would get my second wind. That never happened for me though.”

18. “I was always tired. [I had] no energy to do the things other kids did. I never participated in P.E. if I could find a way out of it. I never did extracurricular activities.”

19. “I don’t talk about my health issues often with anyone because I was always ‘the sick kid’ and I can’t make plans too far in advance in case I get sick before them. I avoid a lot of things I used to like or love to try and avoid getting ill.”

20. “I was always having severe vomiting episodes and missed a ton of school. I missed prom and had to graduate high school a year late and then missed graduation…now I know it was cyclic vomiting syndrome.”

21. “I was always overwhelmingly tired and never had energy to go to parties or sleepovers or be overly involved.”

22. “I always found everything a lot more painful than it should have been, and I was always in pain. I also had a large amount of hives throughout the years, as well as the tell-tale butterfly rash. I also never felt rested. Those were the big noticeable signs for me. After 14 years of me thinking it was normal, I finally was diagnosed with fibromyalgia.”

23. “I was tired. All the time. I wasn’t like the other kids. Went to my pediatrician all the time as a result. My medical record is huge. He couldn’t find anything wrong with me. Wasn’t diagnosed until I was 15.”

24. “My muscles would burn, my chest would sear [and] I could hardly draw breath during normal P.E. activities… I grew up thinking that evidently everyone experienced such agony and trotted around ‘coping’ just fine so somehow they had some magic I lacked. I now know what that magic was – not experiencing things I was experiencing.”

25. “I would black out in class and none of my teachers would know because my eyes would still be open but I couldn’t see anything. Then when it would pass I would just get up and go to my next class.”

26. “I had lots of pain in my ribs growing up due to fibromyalgia. My dad would tease me and poke me in the ribs and I would crumple to the floor but then I’d force myself to get up and say, ‘Haha, just kidding!’ Then I would scuttle off and cry.”

27. “I dislocated my knee when I was a little kid, and also when I was in high school. I could also twist my arm all the way around in a circle. We never really thought about it, just thought I was flexible. EDS and Marfan syndrome weren’t really heard of then… I also needed a minor heart surgery when I was 15. I’ve had problems with fainting since I was 14! These are all things I wish we could’ve connected earlier. Looking back now, I can’t believe we only made the connection a year ago.” 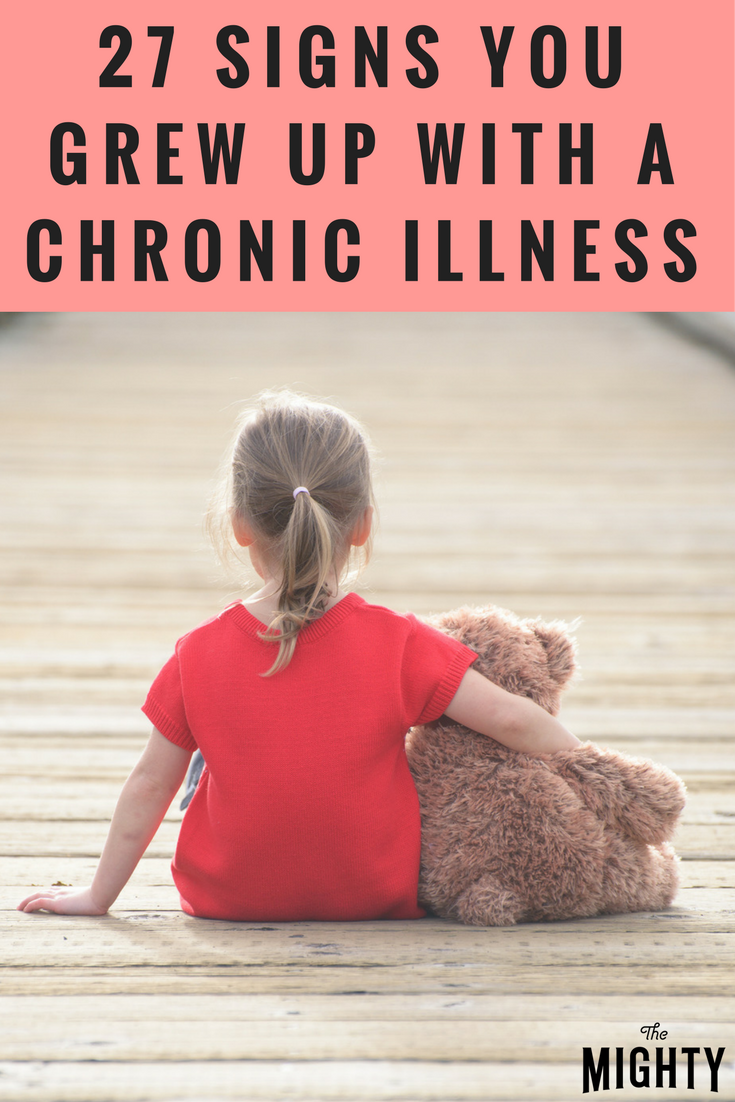