I May Look Healthy, But I Can't Give You My Seat

The other day I couldn’t give up my seat on the metro to an elderly woman. When the elderly woman entered the metro, she looked to me automatically, expecting me to stand up and offer my seat. Another woman standing nearby, eyed me down and immediately asked if I could please give up my seat to this elderly woman. While my immediate thought was yes, of course I would give up my seat, in reality, in this moment, I could not. I had to say no. This is because I’m sick. I’m 24 years young, yet I have a debilitating chronic illness.

Wishing I could say “yes,” instead I found myself saying “I’m sorry, I have health problems and am having trouble breathing.”

The woman who asked me about my seat brushed it off, and replied with a terse, “OK.” She said, “I’m sorry,” to the elderly woman, who I don’t think had heard my response. I felt others staring at me, including the older woman. It was humiliating. I was going against my own morals. I was raised to be polite and to lend a helping hand whenever I could – this wasn’t me.

In the moment, I felt like a terrible person. I felt awful for not giving up my seat. I began questioning if maybe I could stand the rest of the ride. But we still had several stops to go, and I was already dizzy and exhausted. I was having trouble breathing and my heart was pounding. I knew I couldn’t stand the rest of the metro ride without becoming extremely lightheaded.

Out of embarrassment, I closed my eyes pretending to be asleep, not wanting to see all the eyes looking at me. My friend, standing next to me, patted my shoulder gently and said, “You can’t give up your seat. You’re OK.” I was so thankful for these words and for my friend on that metro ride. It was as if she was giving me permission for my actions. She was acknowledging that what I was doing was OK and that I couldn’t, or shouldn’t, give up my seat. In that moment, I knew that I was not alone.

It was then that I realized something important. We never know what anyone else is going through. We never know anyone else’s story just by looking at them. There is always so much than what meets the eye. I couldn’t be frustrated or humiliated by this woman judging me for not giving up my seat, because she didn’t know. Even though I quickly mentioned that I was having trouble breathing, she wasn’t really listening for my response because she was expecting a yes.

Sometimes I feel very lonely with my chronic illness because I “fake it” so much. I pretend I’m OK and I try not to complain. I try to hide it all so that I can live a typical life. I go through work each day completely worn out and exhausted, but keep a smile on my face. I hold conversations, I go out of my way to work hard, and I put everything I have into my work. But what my coworkers don’t see is what happens when I get home. They don’t see me collapse on the couch completely wiped out. They don’t see that my entire life each week is consumed by work, because that’s all I have the energy for. 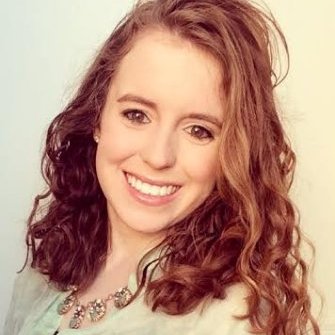 My friends see me go out with them every now and then. They see me all dolled up and dancing. Or they see me go out to dinner. They’ve even seen me walk a 5k from time to time. But they don’t see the aftermath. They don’t feel the pain and exhaustion I feel when I am with them, or when I get home. They don’t endure the sleepless nights, the constant stomachaches, or the overwhelming fatigue. They don’t know how taxing each of these outings are on me. But this is only because I don’t tell them.

I become lonely when I view their pictures on Facebook from my corner of the couch with my blanket and heating pack. I feel alone when I know they are out there having fun, but I’m just by myself on the couch. I am lonely when I realize that they don’t know what it’s like to feel this exhausted all the time. They don’t know how much effort I put in to seeing them.

But ultimately, I don’t let them know this. I don’t tell them how hard it is. And although they will never be able to experience exactly what I am feeling, I know that if I told them, they would try their hardest to understand. I do think a certain amount of loneliness accompanies a chronic illness, and that this is just the nature of being sick. But I also believe that some of this loneliness is on me. Some of this is within my control. Hiding my illness may help me to stay optimistic. It may distract me and help me to feel “normal.” But at the end of the day, no one is going to know my story unless I tell them.

This wasn’t the first time that something like this has happened, and I’m sure it won’t be the last. On the outside, I look young and healthy. For the most part, I don’t look like I’m sick, besides appearing a little tired at times. I have to acknowledge that people may judge me in these sort of situations. But they are only judging me because they don’t know my story.

chronic illness blogger &amp; writer /// hoping to spread a little extra light &amp; joy // author of “gracefully ill: finding peace in the chaos of chronic illness” ☁️ (link below) thanks so much for stopping by!!!! ❤️ would love to connect on insta - @gracefully.ill https://linktr.ee/colleengeorgeee

gracefullyill
Want more of The Mighty?
You can find even more stories on our Home page. There, you’ll also find thoughts and questions by our community.
Take Me Home