Why Parents of Children With Congenital Heart Defects Need Help Too

Approximately 40% of parents of a child with a congenital heart defect report a need for mental health support or care, according to study published in Frontiers in Pediatrics. I wish I could say that I was shocked by this fact, but I’m not.

Congenital heart defects (CHDs) are not just hard for the patients, but they’re hard for everyone in the family. You go through things that you never thought you’d have to go through, and post-traumatic stress disorder is heavy among families who have endured these challenges. For me, that’s where my challenges have lied.

There’s a long list of things that can take me back in an instant, and make me feel like I’m right back in those moments between when I didn’t know if AJ was going to live or die.

It’s the sounds of the red alarming beeps of the monitors, the smell of the palmolive dish soap that they give out to pumping moms, the feeling of having dried-out cracking hands from the copious amounts of hand-sanitizer you’ve used, the hospital food and vending machines. It’s that feeling when you’re taking the elevators to the CICU floor and the panic you felt when you couldn’t fit on because they were full, and you’re afraid something is going to happen in those two minutes.

It’s those moments when you aren’t at your kids side and your phone is glued to you incase they call to let you know that something went wrong. It’s going to the DOT, and being unable to go inside because last time you went there your kid stopped breathing. It’s walking the halls of the hospital and browsing mindlessly in the gift shop, waiting for the next phone call and update on the progress of your kid’s surgery, knowing that there’s a 50/50 shot that the call won’t be positive.

The sound of the code alarms takes me back to those moments when you’re walking on the unit, only to be told you can’t go past the desk because a code blue was just called and you have to wait. You know what they don’t tell you at that point in time? They don’t tell you if it’s your kid, so you listen intently, waiting for the next announcement to make out which area it’s in, wondering if it’s the mom you were just chatting with when you realize it’s not your son’s pod.

It’s the feeling of the fleece tied blankets that were generously made by girl scout troops. It’s flat pillows and uncomfortable hospital couches and chairs.  The sound of someone opening curtains on a rod is like nails on a chalkboard and puts me into an immediate panic that I slept through an alarm and missed something.

It’s looking at your kid in the wrong light and wondering if they’re OK and pulling out the pulse oximeter to make sure. It’s being thankful for home monitoring and alarms, while at the same time panicking about how many times you’ve walked into the room only to see that your kid isn’t even wearing the sensor, but the numbers on the screen look fine.

It’s making sure your kid is breathing — when they’re sleeping, when they’re focusing, when they’re playing. It’s watching the rise and fall of his chest and knowing with precision when it’s even just slightly deeper and more labored or faster than usual.

It’s not all bad, I promise. This journey has been amazing and worthwhile more than I could ever explain, but I also need to be clear that it’s not a walk in the park. But you know what my favorite thing about this research study was? If you really dig in and read all of the notes, you’ll see that the overwhelming majority of the parents who participated said that they were either already receiving, or were willing to receive help of some kind. That is amazing, and it’s a testament to the growth of our society learning to accept that it’s OK to need that help.

Being a parent of a kid with a congenital heart defect is hard. It’s challenging. It can make those other things that used to be second nature feel impossible: sleeping, eating, even participating in relaxing activities that used to be fun.

Depression, anxiety, psychological distress…nobody wants to think of themselves as having those things, but the fact is that many of us do have them. And it’s OK to need and get help for it. There is no award that you’ll get for being able to say, “I’m a parent of a child with a CHD and I never wanted or needed any help.”

Admitting you could use help is scary, but I can also promise you that it’s incredibly powerful as well.

If you’re struggling, get that help  — talk to a friend, talk to a peer, talk to your doctor, talk to your social worker, call 1-800-273-8255 (TALK) or use the online chat service if you don’t want to talk on the phone at suicidepreventionlifeline.org/chat/.

There is a misconception that those services are only for people who are suicidal…they aren’t. They are for anyone who is going through a hard time and needs to talk, and they can help point you in the right direction for additional services if you need it. 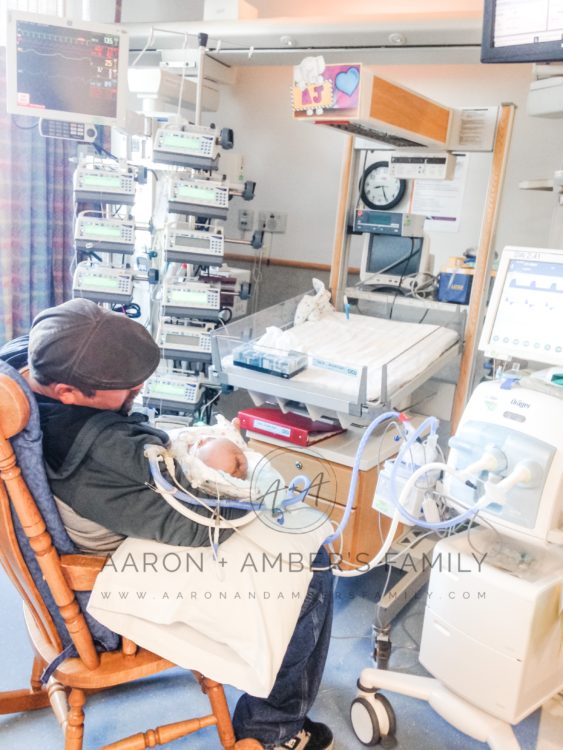 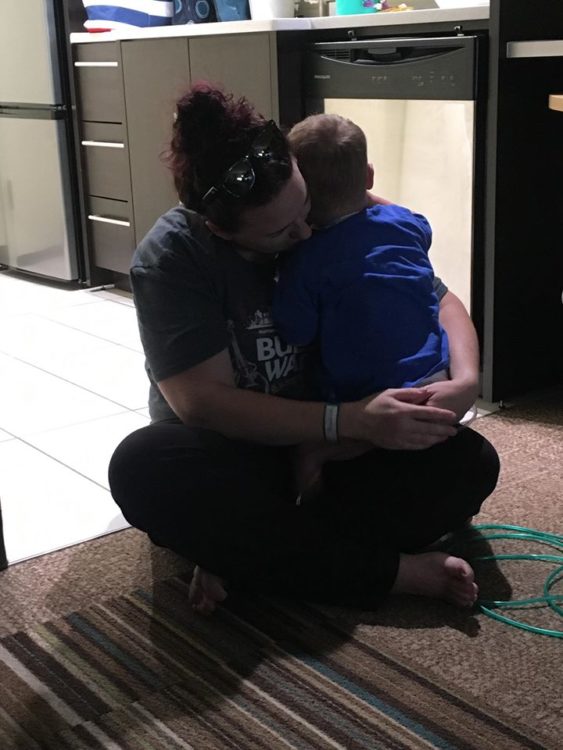 A version of this story originally appeared on aaronandambersfamily.com.