A pregnant Florida woman who is deaf is suing her local hospital for refusing to provide her with an on-site sign-language interpreter in the delivery room.

Margaret Weiss, whose second child is due in late July, says that the translation service being offered by Bethesda Hospital East — that of a translator stationed at a remote location, being beamed in via video-conferencing technology — is not sufficient. 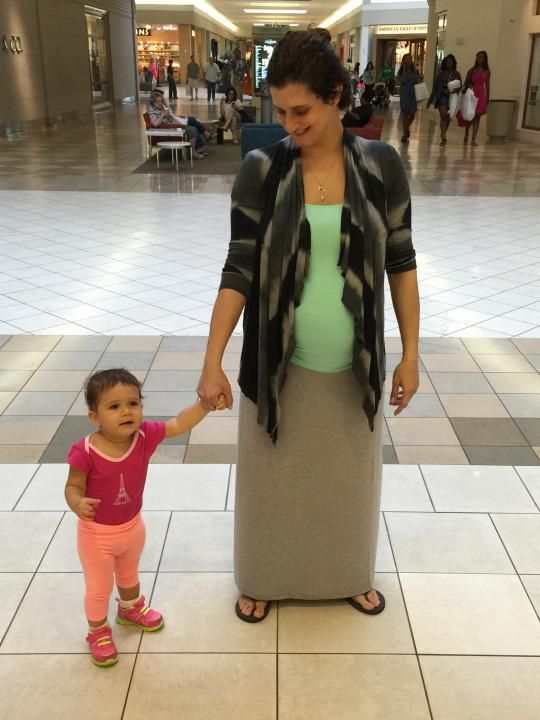 “It does add a level of anxiety for me because communication is so important,” Weiss, 30, of Boynton Beach, tells Yahoo Parenting through a telephone translator. “When I’m giving birth I can’t see everything that’s going on with a monitor. What if I have to change position? Or close my eyes? What if there are technical problems? That’s not effective communication.”

When Weiss gave birth to her first child, daughter Odelia, in 2014, she wanted to do so at Bethesda, which is about a mile and a half from her home. But when she learned there would be no interpreter, she went to West Boca Medical Center, 20 minutes away, because it did provide an interpreter. The situation became complicated, though, when Odelia had to spend more than two weeks in the NICU, and Weiss, who doesn’t drive, had to find rides there constantly.

“I don’t want that to happen again,” she says. “I’m definitely worried about it.”

According to the federal Americans with Disabilities Act (ADA), hospitals must provide effective means of communication for patients, family members, and hospital visitors who are deaf or hard of hearing. But what constitutes “effective,” note experts including Weiss’s attorney Clara Smit, is largely left open to interpretation.

“The Department of Justice needs to come up with regulations that are much more specific,” Smit, a New Jersey–based attorney who has specialized in civil rights for the deaf for 25 years, tells Yahoo Parenting. In this case, she says, “Bethesda has really drawn a line in the sand.” The hospital’s stance has remained that its use of Video Remote Interpreting (VRI) is sufficient for Weiss, despite the shortcomings and possible glitches she and Smit have raised.

“There are problems with pixels, firewalls, freezing screens — so many limitations,” Smit notes, adding that it would particularly pose an issue with someone needing to communicate while in the throes of childbirth, when a live interpreter would be able to resort to all sorts of techniques, such as tactile interpreting (signing directly into a person’s hand so they could feel what’s being said) during intense moments when a woman’s eyes would likely be closed.

While the landscape has changed tremendously since Smit began practicing in this arena, and while “a lot of hospitals will provide live interpreters,” too many are now relying on VRI, she says — despite the fact that the technology required to make it an effective service has been slow in catching up. 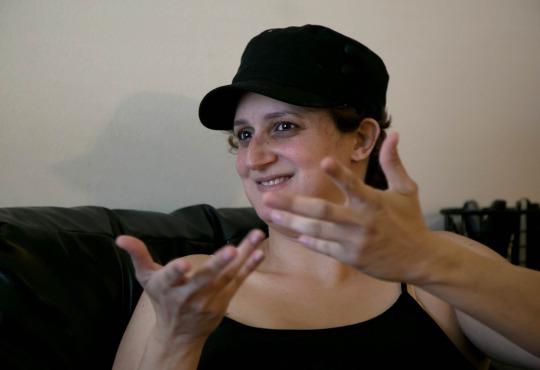 A spokesperson at Bethesda told Yahoo Parenting that the hospital had “no comment” and was not at liberty to speak about legal situations. Hospital attorney John Heffling did not immediately respond to a request for comment from Yahoo Parenting, but told the Palm Beach Post, “There is no overwhelming evidence that the (video equipment) is not going to provide effective communication.” He added, “Nowhere does it say [in ADA regulations] it is not effective or shall not be used. They are leaving it to the decision of the people who know best, and the people who know best are the people who are providing the medical care.”

The National Association for the Deaf, meanwhile, a national civil-rights organization, has a dedicated position statement regarding the use of VRI in hospitals. And it’s not exactly a glowing review.

Debra Pitkin, an attorney with NAD, tells Yahoo Parenting, “Unfortunately, the current trend shows that several hospitals believe that ‘effective’ means ‘just getting by’ or ‘some information.’ This does not comply with the laws, in our view.”

Weiss’s case is far from the first of its kind — pregnant patients in places from Miami to London have mounted similar legal fights — and many with other medical situations have sued hospitals for not providing sign-language interpreters as well. “We receive complaints all the time from all over the country about hospitals refusing to provide on-site interpreters — or any interpreter — for medical visits, including labor and delivery,” Pitkin notes. “Complaints about hospitals insisting on VRI use have spiked in the recent years. In fact, we have a lawsuit pending involving a woman who was given ineffective VRI service during her labor.” 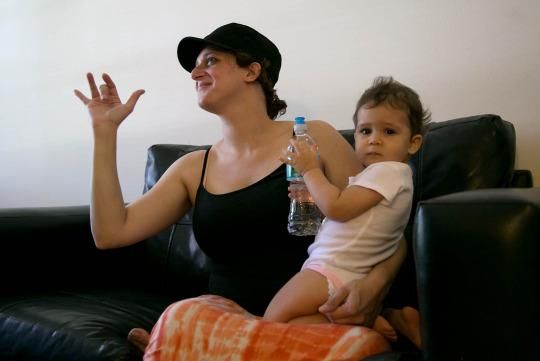 Weiss’s case, in fact, was at first added to an already ongoing one regarding a handful of deaf patients who objected to the use of VRI services at Bethesda. But because of her impending July 24 due date, Smit filed an emergency motion asking for a sped-up ruling; luckily, if a decision doesn’t come in time, the hospital has agreed it will provide a live interpreter.

Until then, Weiss will remain dogged about her needs. “The use of VRI doesn’t match the situation,” she says. “It’s not appropriate.”

Mom’s Inspiring Selfie: ‘Today My Son and I Overcame a Huge Obstacle’

•
Follow
yahoo
Want more of The Mighty?
You can find even more stories on our Home page. There, you’ll also find thoughts and questions by our community.
Take Me Home