J.K. Rowling is best known for her beloved Harry Potter series, but there’s a side to her that some Muggles might not know about. Rowling, then in her 20s, wrote the first book in the series while caring for her newborn daughter and dealing with the aftermath of her recent divorce. She also dealt with depression during this time and experienced suicidal thoughts. It was difficult for Rowling to adjust to her worldwide attention, but she’s since told The Guardian that she’s now disengaged from the pressure.

Rowling has been vocal about her mental illness. In May, the author responded to a tweet from a fan about failure. “This may get lost in the noise…” the fan’s tweet read. “But what wold you say to someone who has failed to find meaning and wants to finally give up?” Rowling first responded with a few photos:

Then Rowling really opened up, writing: “And I’d say, the world is full of wonderful things you haven’t seen yet. Don’t ever give up on the chance of seeing them.”

.@BrocaesarTV And I’d say, the world is full of wonderful things you haven’t seen yet. Don’t ever give up on the chance of seeing them.

We’re always grateful when people in the spotlight don’t shy away from discussing difficult issues. Below are four other times Rowling was candid about her depression. We hope, if anything, her words can help someone struggling realize they are not alone.

1. “It’s so difficult to describe depression to someone who’s never been there, because it’s not sadness. I know sadness. Sadness is to cry and to feel. But it’s that cold absence of felling — that really hollowed-out feeling.” — J.K. Rowling 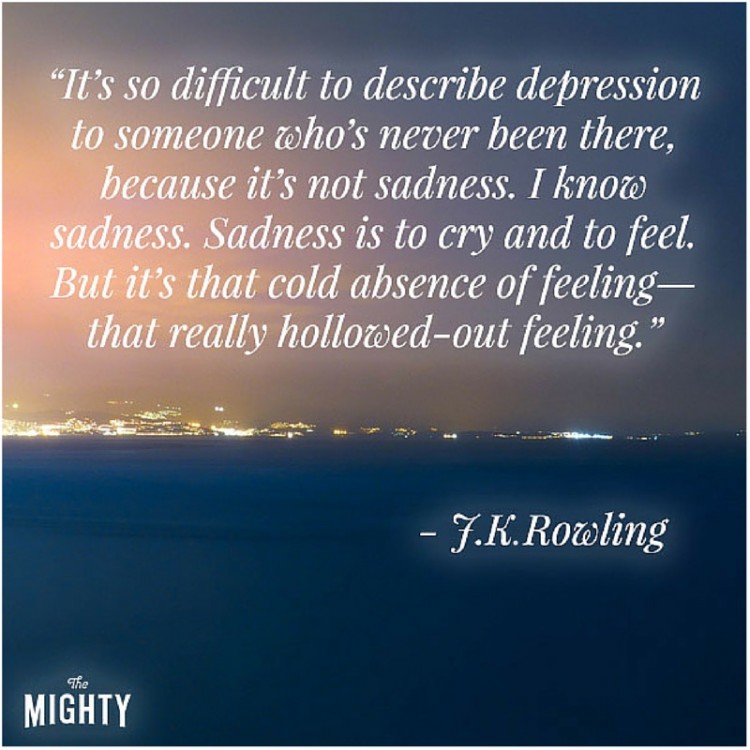 2. “Depression is the most unpleasant thing I have ever experienced… Sad hurts, but it’s a healthy feeling. It is a necessary thing to feel. Depression is very different.” — J.K. Rowling 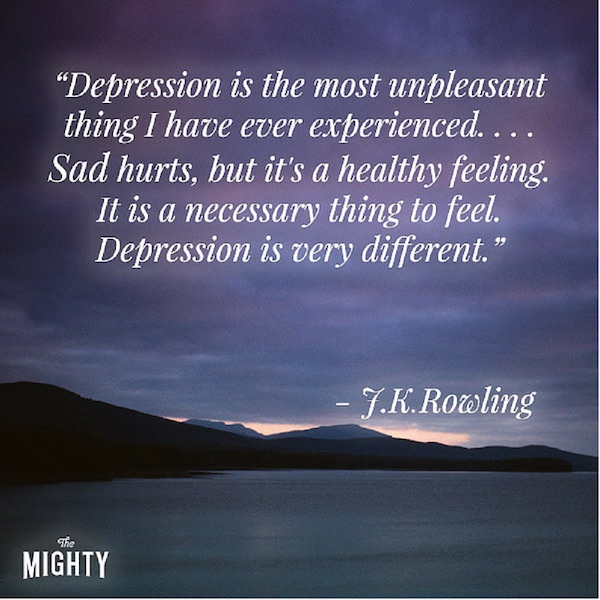 3. “[My depression] was characterized by a numbness, a coldness and an inability to believe you will feel happy again. All the color drained out of life.” — J.K. Rowling 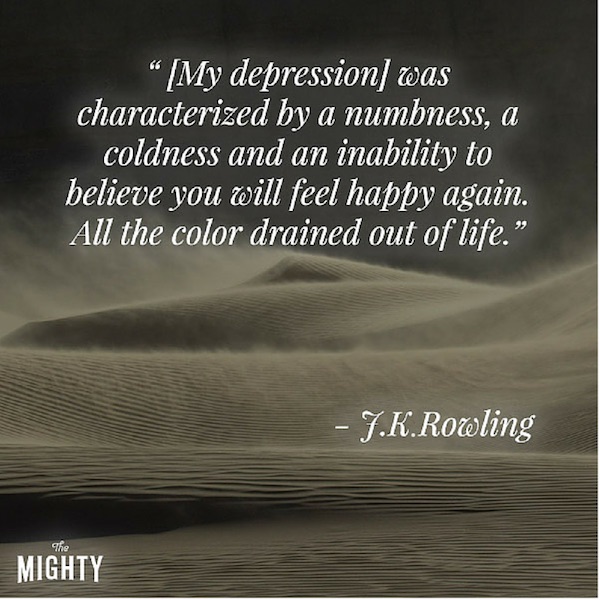 4. “I have never been remotely ashamed of having been depressed. Never. What’s there to be ashamed of? I went through a really tough time and I am quite proud that I got out of that.” — J.K. Rowling 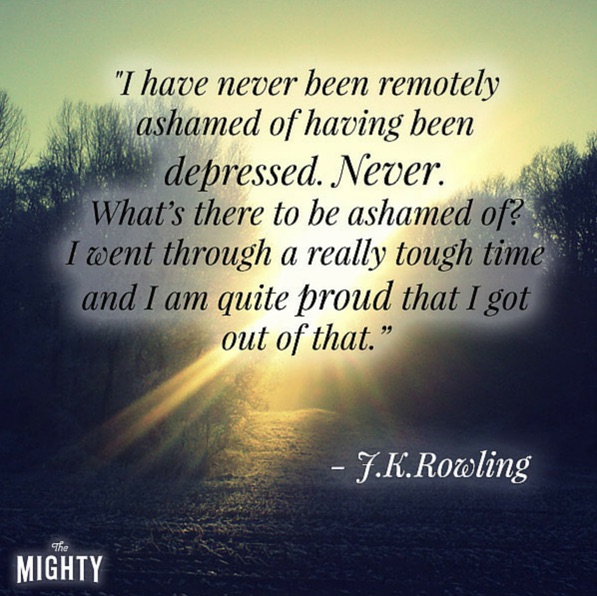