To mark milestones in our family, we usually cook a nice meal and invite friends and family to celebrate with us. Of course there’s a cake, some ice cream and a few streamers left over from the previous event, like a baby shower we hosted seven years ago. Instead of planning an elaborately themed party, we enjoy good food and conversation to celebrate birthdays or anniversaries.

Our son, who has type 1 diabetes, turned 5 this September. He was diagnosed with type 1 at 3 years old, so he’ll probably never remember a life or birthday without this disease. We were planning a party per usual, and I don’t know exactly where the plot shifted, but it did. Henry’s only requests were Toad cupcakes (à la Mario Kart) and a few Lego sets, but a little planning and a few Pinterest visits later, his 5th birthday was under the big top.

We went big. I don’t want to say the circus celebration was diabetes related, but I have to admit, our whole family is seeing life and milestones through the lens of diabetes. Sometimes, the future I imagine for my son is grief-worn and full of woe. Other times it’s more kick-ass and victorious. The truth is probably somewhere in the middle with weekly visits to both extremes. 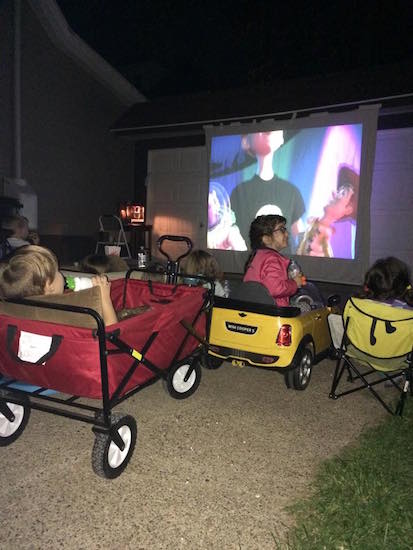 So, we celebrated this year by erecting a massive play structure that grandparents gave as birthday present. Our backyard now looks like a park. We rented a bouncy house for the actual party, and adults and kids alike all took turns on the inflatable slide. We closed the birthday celebration by inviting the neighborhood kids over to a drive-in movie later that night in our driveway. Kids sat on riding toys or in decorated cardboard boxes and watched “Toy Story” projected onto a sheet hanging from the garage.

The truth of it is that this year has been hard. Every two days Henry anticipates a painful site change for his pump, which is an improvement over an injection of insulin every time he wants to eat. He waits to eat his food while his blood is checked and other people are already eating. Some nights he drinks juice in his sleep to combat lows. The truth of it is that future years will be hard, too, and Henry will grow up before his time, because type 1 diabetes demands attention, focus and discipline — characteristics not every adult possesses.

I don’t believe that disease makes my child an angel or a hero. I realize this statement offends many people. However, living with a chronic disease has taught me that the distinction between hero, and sick, and victim aren’t very useful. In fact, the distinctions between most things aren’t very useful. Having type 1 diabetes has made my son’s life more complicated, and this makes him one tough kid, because a diagnosis of type 1 doesn’t allow for other options.

Around our house, most of the recent celebrations are pretty simple: like not being late despite everything we have to do to leave the house, guesstimating the carbs in a restaurant meal of beef tacos with a side of rice and beans, finding just the right spot to start a site and really, really, really meaning it when we sing “Happy Birthday.” 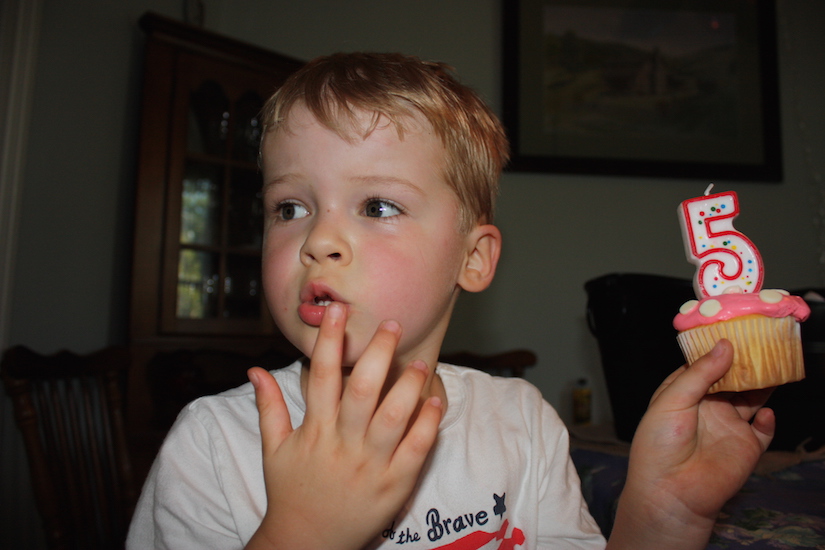 Rachel Morgan is a mother, writer and educator living in Iowa. She blogs about being a parent to a young child with type 1 diabetes at https://semisweett1d.com/.