“Hand this to the birthday boy please, Leo,” I say, placing the brightly wrapped gift in my 3-year-old son’s hands.

I’m not sure which child is the birthday boy. I made a point of studying the smiling coat peg photos when I picked Leo up from nursery last week, but I realize now those photos are at least 12 months old.

All the kids look so different; their hair has grown, their baby face cheeks have slimmed. They’re an indistinguishable mass of excited pre-schoolers. Leo stands there holding the gift, and I stand next to him watching the children as they tumble and leap on the bouncy castle.

Luckily, one of the mothers comes over to us.

“Give her the gift, Leo, good boy, Leo,” I say, nudging my son and saying his name twice, hoping to avoid any mutual embarrassment of her not knowing who we are.

“Hi Leo!” she says, taking the gift. She knows who he is then. She smiles at me and introduces herself. She’s lovely, and the venue is great.

We chat for a moment before Leo heads towards the bouncy castle. “Better run after him!” I say and make my way over to the huddle of parents watching the children play.

I don’t know any of the parents or most of the kids. My son has just moved up to be with his peer group in the pre-school room. Until now, he’s been kept a little behind, but it was agreed at the multi-agency meeting that it was time for him to join the older children to help prepare him for school next year.

I start to introduce myself and begin chatting with one of the mums.

“You probably know about Leo,” I say.

She shakes her head.

“He’s had a lot of problems,” I continue.

She raises her eyebrows and looks at me.

“Yeah, when he joined the nursery he was back scooting along the floor, that was at 18 months old. He didn’t sit until he was 2. He had oxygen deprivation at birth.”

She looks over to the bouncy castle at Leo laughing and bouncing with the other children. He falls over, flaps his arms, rolls over then stands back up again.

“It’s been a really difficult time,” I say.

“Yeah, it has,” I continue, as though once I’ve started there’s no stopping me. “It’s been really hard. We were discharged to palliative care. He had a feeding tube. We’re just so extremely grateful for every party invite,” and even as I’m saying it, I’m aware of how crazy I probably sound. But the truth is I mean it. I mean it with all the conviction of a parent who’s known the fear and uncertainty of not knowing if my child will be included at birthday parties.

The children are called over for party food, and I know that this will be the tricky bit. Will there be anything for him to eat? Anything he can swallow without having to chew? There are some chicken nuggets, which I pick up and start to break into little mouse-sized pieces so he can swallow them whole.

“He’s had a lot of feeding issues,” I continue to explain to my new mum friend. “I need to break everything up for him. The nursery has been really good about it. The children know Leo has his food a bit different to theirs, they all understand he can’t have the same as them.”

The mum looks at me. “Do you feel like you have to explain things?” she asks. An obvious question but somehow it catches me off guard.

What am I doing? I have no idea why I keep announcing these things. Why do I feel the need to verbal diarrhea my son’s entire medical history to strangers? Perhaps I should get some flyers printed and hand them round to save time?

My brain is out of sync. I feel like a hurricane has chewed me up and spit me out. In the early days of my son’s life, the prognosis was bleak. When you’re in the eye of the storm, there’s no time to process anything. It’s all shapes whirling past that don’t make sense, threatening to overwhelm.

I look at Leo, a little boy sitting at the table with his friends, sucking a piece of chicken nugget. He doesn’t need an explanation.

I look again and notice only eight children from the nursery are at the party.

Has he been picked to come here? Did they not just invite the whole class?

I realize something else I hadn’t stopped to notice until now. Leo is showing me not only can he be included with the other kids, he can be chosen. 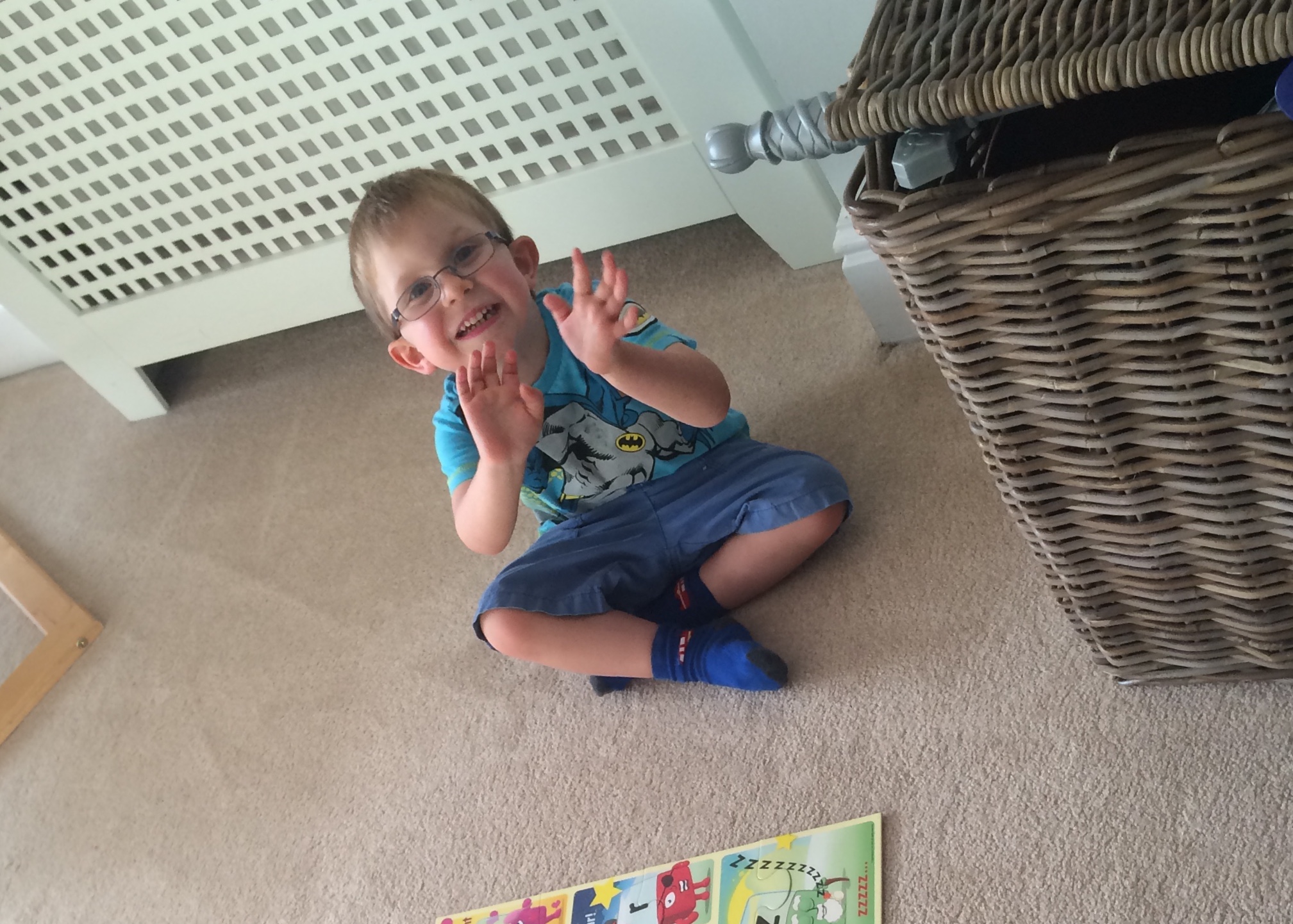 The Mighty is asking the following: Share with us an unexpected moment with a teacher, parent or student during your (or your loved one’s) school year. If you’d like to participate, please send a blog post to community@themighty.com. Please include a photo for the piece, a photo of yourself and 1-2 sentence bio. Check out our Share Your Story page for more about our submission guidelines.

Carol Barnes-Burrell is mum to William (6 years) and Leo (2 years). She lives in the U.K. and has a degree in English Literature from the University of Warwick. She enjoys creative writing and blogging about being a special needs parent.