Why I'm Raising Awareness for a Rare Kind of Epilepsy

It wasn’t until 2017, when my son diagnosed, that I heard about FIRES.

You see, up until that point my son had been perfectly healthy, happy, and developmentally on target. He was 6 years old, and in my completely biased opinion, the perfect kid. Now, he was lying in the hospital bed, in a medically induced coma. We were told that if he kept having seizures at this rate, either his heart would stop, or he would live the rest of his life in a vegetative state.

Febrile infection related epilepsy syndrome (FIRES) is known to appear after a previously healthy child gets a virus. In my son’s case, the only viral infections doctors could detect were rhinovirus (the common cold), and enterovirus (a respiratory illness). Two weeks prior to my son’s hospitalization, I took him to the doctor because he was coughing and had a runny nose. The doctor prescribed cough syrup, and we went on our way thinking he must have a cold. My son seemed to be getting better until two weeks later when he threw up. The next morning, I found him in the fetal position. He wouldn’t open his eyes. When he finally did open them, he acted like he didn’t know who I was — like he didn’t even know his own mom. He was frightened, and so was I. I immediately took him to the ER where he had a grand mal seizure in the waiting room, and I was told he must have had a seizure that morning.

Unfortunately, with FIRES, the seizures don’t stop with traditional anticonvulsant medications. Patients go into status epilepticus — basically prolonged seizures without any recovery time in between. My son was put into several medically induced comas in an attempt to stop the seizures. Finally, we agreed to a double-blind clinical trial, and although we don’t know if he received the actual medication or a placebo, he was successfully brought out of the last coma with controlled seizures. (We recently found out that the trial drug was not approved by the FDA for use on patients with status epilepticus.)

It was a long recovery. My son was in the hospital for 65 days and left on 37 pills a day (not including liquid medication). These included anticonvulsant medications and drugs like Strattera and Clonidine to help fight the behavioral side effects of all the anticonvulsants he was on. And at that point, because he made it through the acute phase, was still verbal, showed no signs of brain damage, and had controlled seizures, he was considered a best-case scenario.

Thankfully our story hasn’t followed the norm. My son underwent VNS surgery in January, and we were able to wean off one anticonvulsant, as well as Strattera and Clonidine. Instead of 37 pills a day, we are down to 19. We will begin weaning another anticonvulsant within the next couple of weeks. Every step forward gives us a clearer glimpse of the kid we knew before FIRES.

As of now, doctors don’t know the etiology of FIRES, and there is no cure.  Many believe FIRES could be an autoimmune reaction, but more research is required.

In the meantime, families of those living with FIRES have become a community. We are all still waiting, still fighting, and always hoping. 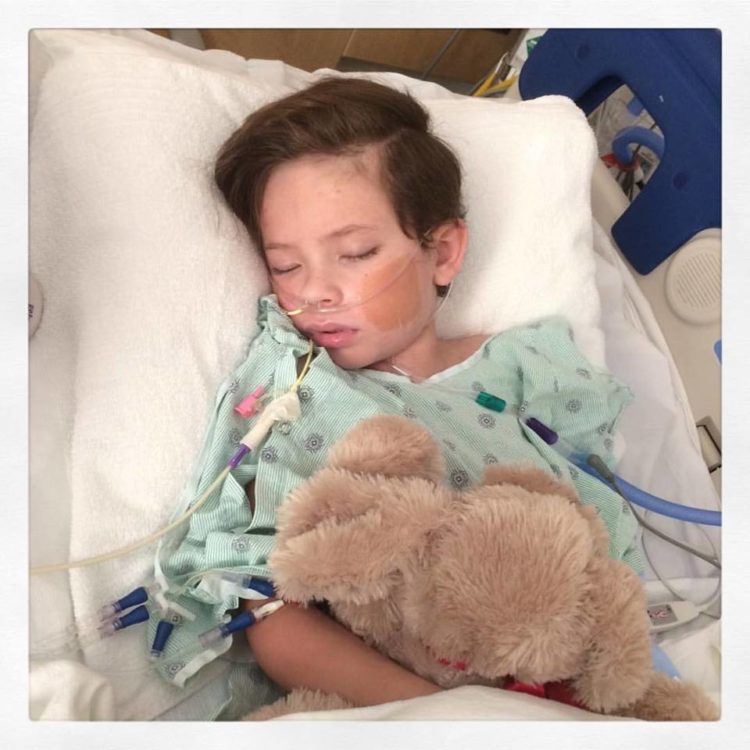 Desirae is a military wife, special needs mom, music teacher, and worship leader. She enjoys reading, writing, and game nights with her family and friends. Follow her on davidfightingfires.wordpress.com.