I was not always a perfectionist. As a child I used to be quite carefree and health was never an issue at all. Aside from occasionally contracting influenza during winter times, my health was excellent. Life was fun, as I had practically everything I wanted.

As a teen I continued to live that life. I became a thorn in the side for teachers, as I was not the quiet and well-behaving student at all. At one point I thought to myself, “This can’t go on any further, it’s time to change my ways.” I was around the age of 15. I managed to better myself and worked harder for better results in school. I gained back the trust of my parents and my teachers and I was quite proud of myself for doing so.

Around this time, my health began to act up all of a sudden. I suffered from constant nausea, a loss of appetite, stomach pain and gastroesophageal reflux. This came out of no where and I was desperate to get rid of it or at least find out what caused it. Unfortunately doctors did not believe a word I said and everyone around me thought I went back to my old ways, being lazy and all about taking the easy way out of things.

It saddened and angered me and it also made me into quite the bitter person that I can still be from time to time. Everyone strives to be accepted and to be taken seriously by others to some extent. I knew that I could not expect people of my age to understand, as many of them are as uneducated on chronic health issues as I was myself as well when I was still healthy. But the fact that doctors were not keen to help me frustrated me to no end. It eventually took them more than two years to find out that I suffered from gastroparesis and esophageal achalasia. In those two years my life changed drastically, especially during the time I got involved with psychiatry. Those were not times that I look back on with a smile, to say the least. During that time I learned that I had some things that kept me sort of happy and kept me going: my ability to learn new things, educating others about chronic illness, writing, and something that is a bit more trivial – my looks.

I was never a perfectionist when it came down to my looks. I liked to look good like many other women do, but I did not obsess over it. My looks and the worth I attached to them became both a blessing and a curse. Taking the time to look good and being complimented on it made me feel happy, but it also brought along people who thought I lied about my health issues because I “did not look sick.”

What does a sick person look like exactly, by the way? Pale, skinny? That makes no sense, as some medication can trigger (massive) weight gain. I started to lose weight, but only after a year or so after I started having my symptoms. I am naturally quite pale, but get a lot paler when my health acts up. I also get dark circles under my eyes. You would instantly notice this when I do not wear makeup, but here’s the thing: I do not go out without wearing makeup. And even if I do, I would wear big sunglasses.

I would not post photos to my social media without makeup or without looking good, out of that perfectionism. Not being very healthy is saddening enough, I want to at least look like I am healthy. But the “side effect” of taking all the time and money to look healthy and beautiful is that people will see and treat you like a perfectly healthy person. Which I am not. As much as it hurts me, I have to face that fact. 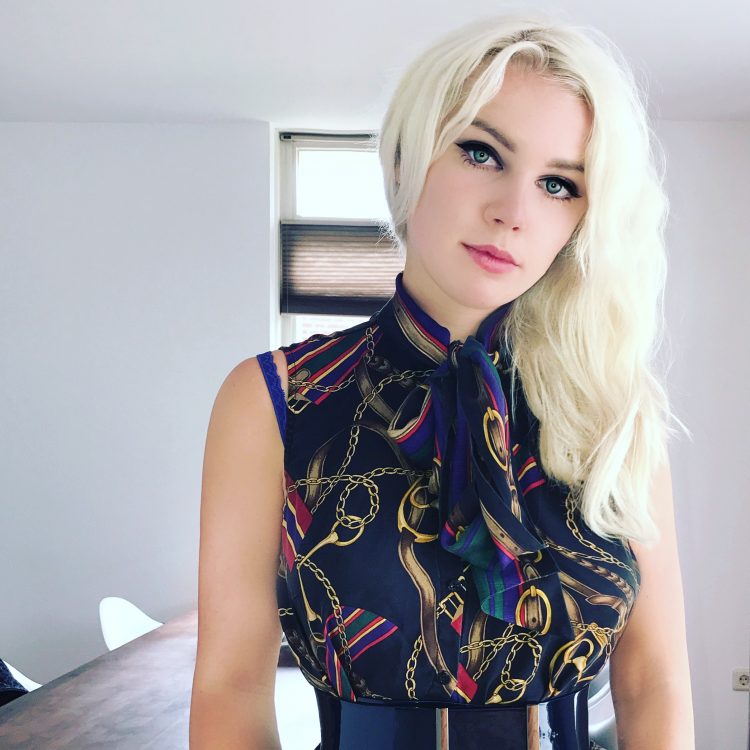 People have accused me of lying about my health. They told me there is no way that I can feel nauseous every day but still manage to put on makeup, wear heels and smile all through the day. They will tell me to eat more in public, even though that is something that I dislike doing and everyone who knows me knows this. People want to take me to restaurants. Restaurants are the places that I used to love going to, but now being there forces me to confront myself with the truth. I am not like other, healthy people.

I enjoy being with people and seeing them enjoy foods. There was a time, years ago, when I was not like that. I am going to be honest, I was very envious and it even angered me to see others enjoy foods that I used to enjoy as well. I am not like that anymore, but I still don’t like eating foods in public. Usually I want to take a rest after eating, so that it does not feel like a rock hit my stomach. I also don’t eat big portions of food, I’d rather have small portions of food all through the day.

So trying to look as good as possible has benefits and down sides. The benefits of it are that people treat you like a “normal” person (in the sense of being healthy) and it also helps me to feel better as well. This might sound strange, but when I look sick I feel worse. I do not know why.

When my symptoms first started I felt a lot worse than I do now, and I am so thankful for being the way I am now. I now know how to deal with my symptoms and I know my limits and the things that I am able to do. It was not like this in the beginning of my illness. I was very lost, anxious, distraught and I had no idea how to cope. My perfectionism became a way of coping with my illness. It became a part of who I am and a part of my coping mechanism. And like many coping mechanisms, it has its benefits and downsides.