On February 7, 2013, my life changed forever. I was 9 years old and had lived with severe inflammatory bowel disease for seven months. I had run out of medication options to help get the inflammation under control and needed to have my colon removed in a procedure known as a sub-total colectomy. I then had to have an ileostomy to create a new way of eliminating poop from my body.

Since then, I’ve lived life wearing a colostomy bag, something you rarely hear people talk about in public. I want others to know about life with an ostomy.

These are six things I wished others knew:

1. It’s OK to have mixed feelings. I both wanted and didn’t want this surgery at the same time. I had spent the last several months before my surgery either in the hospital, in the ER or in a doctor’s office. I had missed a lot of school and the chance to make new friends because I had started at a brand new school. I was tired of being sick all the time and just wanted life to go back to normal.

But on the other side of things, I knew this surgery might mean living with an ostomy forever. I didn’t know what it would be like to look at my body after the surgery. I worried my stoma would get damaged easily. I worried what others would think if they knew. Would the kids at school tease me and make fun of the fact that I was even more different? This surgery is a huge life-changer that, like life, has both positives and negatives. It’s OK to think and feel both sides of this situation.

2. It can be embarrassing. There’s no shortage of things that can happen when you have an ostomy. Leaks are one of the major problems with the bag. And they will happen at the most inconvenient times possible, like when you’re stuck in major traffic and have nowhere to go. Or when you’re in a public place and forget your supplies that day. “Releasing gas” — or as my friend, Jen, puts it “stoma squeeks” — are another problem. And they will happen the moment things around you turn silent. There is absolutely nothing you can do to avoid this from happening, so it’s best to develop a sense of humor when it happens. 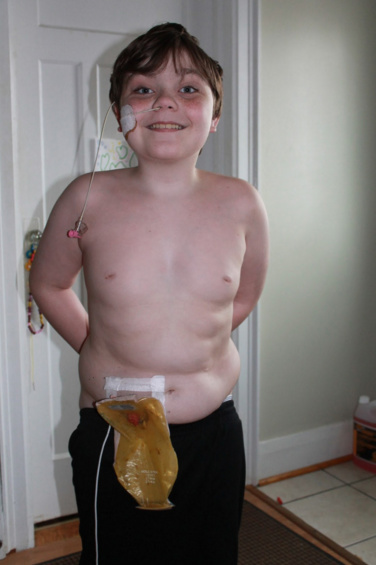 3. There is no shame in having an ostomy. Earlier this year, an anti-smoking campaign featured a commercial with a lady talking about the ostomy bag she had to get after developing colon cancer from smoking. Having an ostomy was shown as being absolutely disgusting and essentially something to be ashamed of.

There are a lot of reasons why a person might need an ostomy, and most of them are for life-saving reasons. If my colon hadn’t been removed, I could have died if it perforated. Being able to live is much more important than the inconveniences of a bag. Yes, it can be gross to empty, and of course there is a smell, but I’d rather deal with that than not have a life.

4. An ostomy doesn’t change who I am. It changes how my bodily wastes comes out. That is all. I am still human and have feelings. I still get worried about what others might think. I still have dreams and fears. I am still capable of most of everything that I was before I had the surgery (no more dodgeball, thankfully!).

5. I don’t mind you asking questions about it. I’d rather you ask me questions than shy away from me or avoid me. I don’t mind talking about it because it brings more awareness to something no one talks about. I had never even heard the word “stoma” before 2012 when both my grandfather and I had to have ostomy surgeries (my grandfather is stage 4 bladder cancer survivor). Since then I’ve met so many kids who live with an ostomy bag, and I’ve helped a few who were going to have the surgery. It’s only through talking about it that we can build awareness and acceptance.

6. I don’t regret the surgery. Going into the surgery, we thought that it was going to be a temporary solution until they did an ostomy reversal surgery known as a j-pouch surgery. I think in the back of my mind I knew that this ostomy might be forever. My thoughts were confirmed when a few months later I was diagnosed with Crohn’s disease and likely will never be able to have an ostomy reversal. I’m OK with that. My ostomy gave me a bit of a life back again. It helped so that I could at least be at home with my family instead of in the hospital. I’m proud I was able to accept the situation and turn it into a positive by donating my colon to research to help find a cure for this disease.

Life goes on after an ostomy. It’s an adjustment, but you do go on to make a “new normal.” Some days will be completely frustrating, but when you remind yourself of what life would be like without it, there really is no choice other than to carry on.

My ostomy reminds me daily that I’m a survivor. 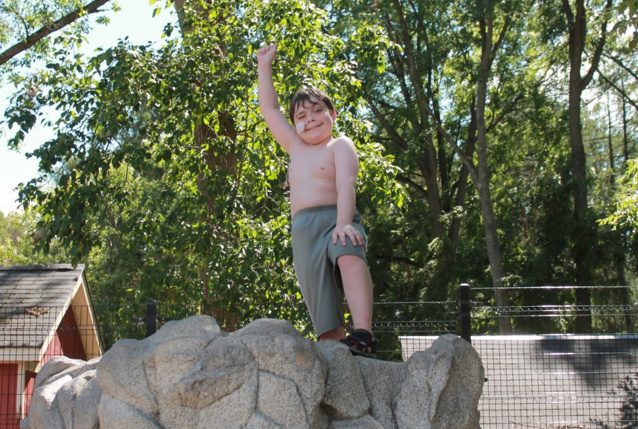 The Mighty is asking the following: What’s one secret or truth you wish you could tell others about your experience with disability, disease or illness? If you’d like to participate, please send a blog post to community@themighty.com. Please include a photo for the piece, a photo of yourself and 1-2 sentence bio. Check out our Share Your Story page for more about our submission guidelines.

Jacob is 11, and he lives with severe refractory Crohn&#8217;s disease and an ostomy. He created Jacob&#8216;s Healing Rooms project at The Hospital for Sick Children (Sick Kids) to help bring child-friendly outpatient treatment rooms to other sick children. He blogs about his experiences living with Crohn&#8217;s disease to bring more awareness about inflammatory bowel disease to the world. His other passion is participating in anti-bullying awareness to make other people who are being bullied feel like they are not alone. When he&#8217;s not at the hospital or sitting in some waiting room, he likes to go geocaching (treasure hunting), discuss the latest scientific breakthroughs in physics and play Minecraft.

jacob-ralston
Want more of The Mighty?
You can find even more stories on our Home page. There, you’ll also find thoughts and questions by our community.
Take Me Home