Professional photographer Chiara DeMarchi is on a mission to make a group of invisible diseases more visible.

The 29-year-old mother of two was diagnosed with ulcerative colitis, a form of inflammatory bowel disease (IBD) in 2009.

“I still remember the doctor saying, ‘Of all the diseases, you got the most annoying. Unfortunately there is still no cure and you will live with it for the rest of your life,’” DeMarchi told The Mighty. “That day the world fell apart and a part of me stopped living.” 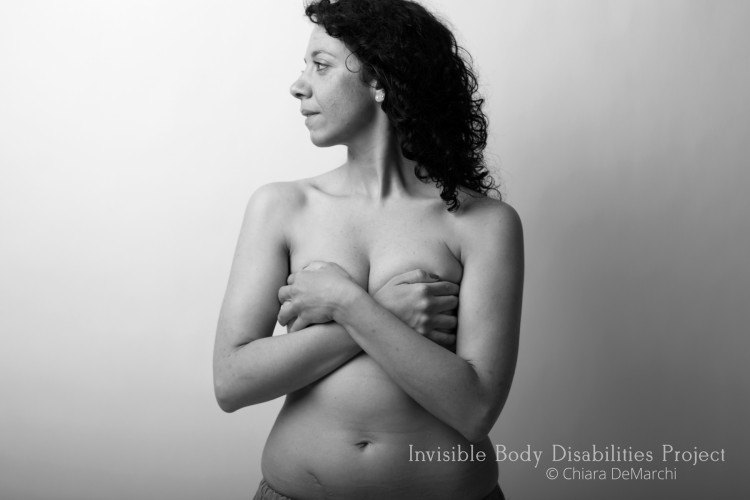 Following her diagnosis, DeMarchi fell into a deep depression. “I cried every day,” she said. “I was sick, I hated my body with my whole being… I felt pain in every corner of my body.”

While ulcerative colitis took away her ability to go to school and work, it did not take away the Italian photographer’s ability to conceive. “Thanks to my son I was born for the second time,” DeMarchi said. “I learned to live with my ulcerated gut, to respect the moments of relapse, to get up stronger than before, and to get better for him and for myself.”

With her strength renewed, DeMarchi decided it was time to face ulcerative colitis and inflammatory bowel disease head on. “I wanted to bring out my inner conflict,” DeMarchi told The Mighty. “[I wanted to] challenge my disease, which deprived me of many dreams, to find a way to feel less alone and more strong.” 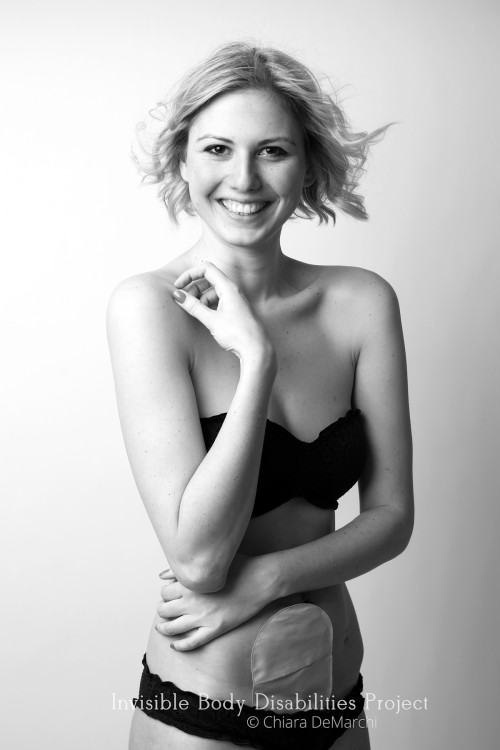 DeMarchi created the Invisible Body Disabilities Project. The name comes from the acronym for inflammatory bowel disease – IBD. Through her Project, DeMarchi hopes to bring visibility to Crohn’s disease and ulcerative colitis. “The aim is to recognize Crohn’s disease and ulcerative colitis, and to try and get out of that daily invisibility around us.”

While IBD may appear invisible in public, the treatments and symptoms of the disease often leave their mark. “Our body records battles and collects them,” DeMarchi said. “It remembers raw emotions, but also positive ones, and this is where we must start accepting ourselves. Today it has happened to me, tomorrow it could happen to a loved one, a friend, or a son.” 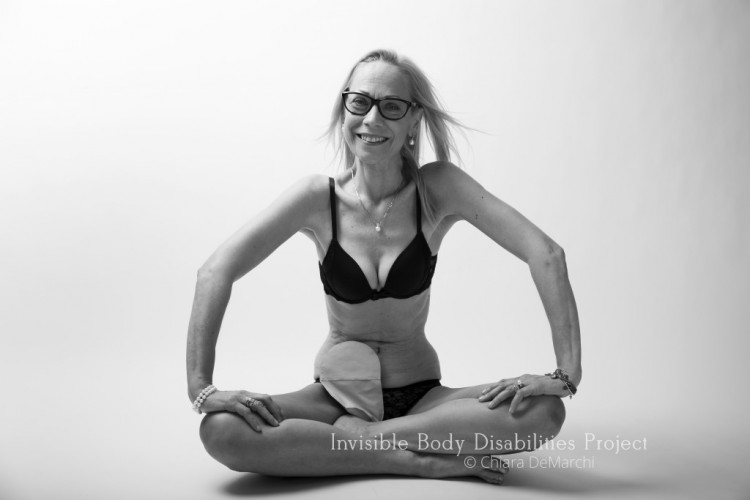 “I’m so blessed to have so many people come into my home studio,” DeMarchi told The Mighty. “They came in with hope in their eyes, wearing the scars of their battles and a great desire to live and to show that we are exactly like all other human beings… To strip the shame or prejudice imposed by a society increasingly critical and attentive to appearance.” The photo subjects are raising awareness and “screaming out the pain to get out from that invisibility that surround us,” she added. 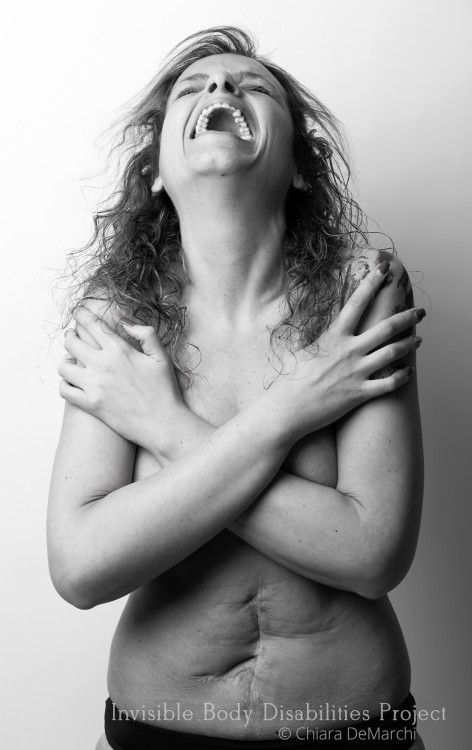 DeMarchi also collects the stories of those who visit her studio. “A man that told me he suffers from anxiety and finds difficulties to go out from home,” she said, recounting one story. “Another woman told me she had many other complications but all invisible. People keep on saying she has nothing and it’s all in her mind.” 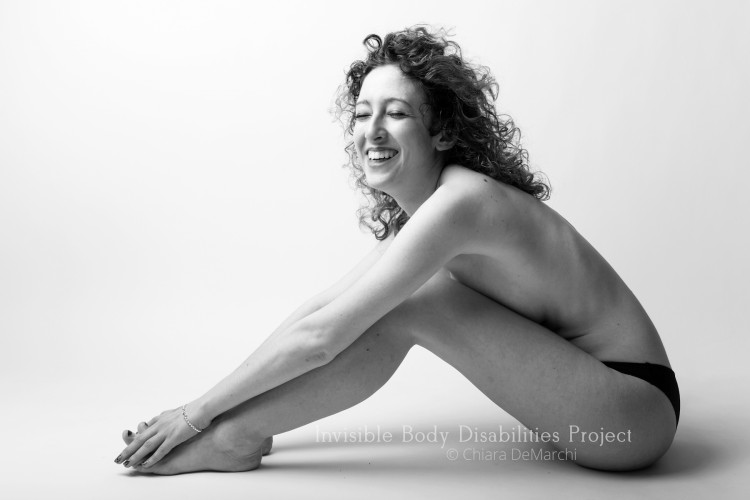 DeMarchi plans on turning the photos and stories into a book titled “Women Fighters.” The book will feature untouched photos and the stories of 60 women living with IBD. DeMarchi’s other photos, including photos of men with IBD, are displayed on the project’s website.

“[I’m] making myself a spokesman for all these stories of pain and strength,” DeMarchi said. “I feel part of a common reality of about 5 million people in the world, who need understanding and respect, and I am honored to raise up their voices!”

You can see more photos from the Invisible Bodies Disabilities Project on DeMarchi’s website.