Since 2007, the “Success Kid” meme has provided the Internet with a clever way to describe situations that resulted in unexpectedly positive outcomes. 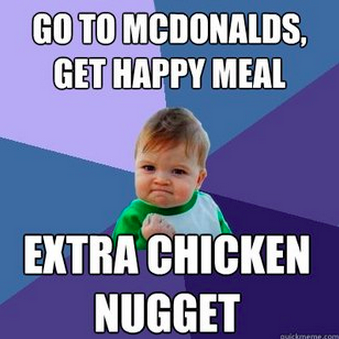 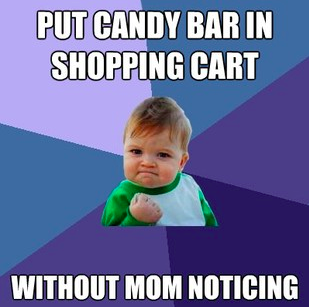 Now, the popular meme is coming full circle. Sammy Griner, the boy making what appears to be a triumphant fist-pump in the photo, is now 8 years old. His dad, Justin Griner, has had kidney disease since 2006 and needs a kidney transplant. So Sammy is using his Internet fame to help raise money to fund his dad’s surgery, The Daily Dot reported.

Sammy’s mother, Laney Griner, started a GoFundMe campaign to fundraise the $75,000 needed for pre-surgery treatments and the transplant surgery. She was initially hesitant about mentioning her son’s Internet status but reconsidered and reached out to The Daily Dot to tell her family’s story.

“I thought what a positive boost it could bring to our fundraising efforts for people to know this is for the father of the baby who has made so many people smile,” Griner told BuzzFeed News.

The Griners, who live in Jacksonville, Florida, have already raised almost $50,000 just six days into the campaign thanks in large part to Sammy’s popularity. Laney Griner told ABC News that without the Success Kid meme, they wouldn’t have been able to reach 300 donors in less than a week.

“We’re the parents of ‘Success Kid’ for goodness sake,” Griner told The Daily Dot. “If anyone understands the power, the mass and goodwill of the Internet, it’s those of us lucky to experience it daily.”