Shortly after birth, my son developed kidney failure and nearly died. It was the scariest time of my life. It was a time where you would most need the love and kindness of a stranger. I was lucky to find some kindness in one of Ben’s doctors. I didn’t know him at the time, although he’s no stranger now due to all the follow-ups we’ve had. Ben wasn’t even 3 weeks old when he was admitted to the hospital for vomiting, and doctors discovered he had a congenital urethral blockage that caused irreversible kidney damage. I was distraught, as a physician and a mom and as someone who had had a normal pregnancy with expectations that everything was fine. Everything changed so fast.

I was a wreck. I was sick with a stomach virus, trying to pump and maintain my milk supply, battling mastitis, all the while attempting to comfort my newborn, who had a ton of lines and monitors attached to him in a tiny infant warmer in the noisy chaos of the ICU. I was alone with Ben that first night in the ICU; my husband had to care for my daughter at home, and we figured someone should at least try to sleep.

But being alone that night was one of the hardest times of my life.

I was so scared. What was going to happen next? I saw everything unfold. I saw the ICU doctor peek his head into our room and take pause. He told us we didn’t belong on the regular floor because time was of the essence. We had to fix a critical potassium elevation that would make Ben’s heart stop if not fixed. I saw Ben’s heart rhythm changing in front of me. I saw his demeanor change from cranky to tired to lethargic and knew that this one time sleepiness was not a good thing. I held Ben’s hand as they put in IVs, catheters and tubes. They poked him a hundred times it seemed. I rocked him in a chair that night after he was stabilized, and my mind wandered between the past (what did I do wrong?) to the future (what is his life going to be like now?). 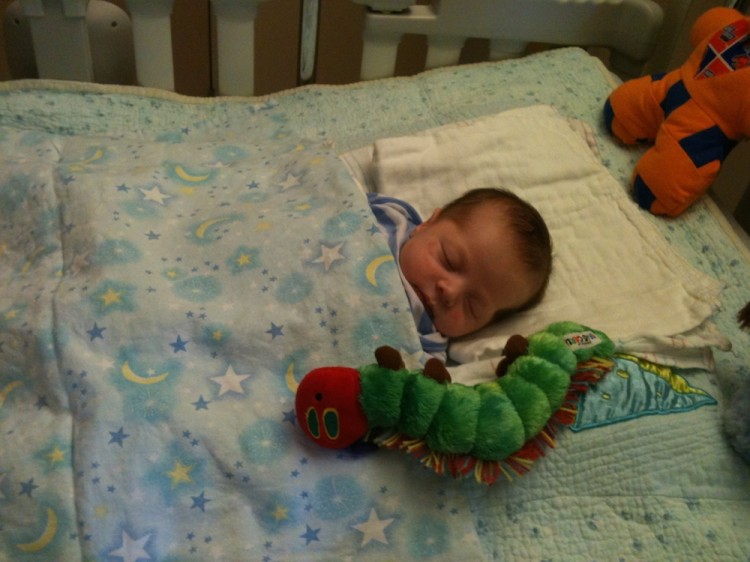 The next morning, I was surrounded by my family and cuddling my baby while Dr. J talked to us about Ben’s damaged kidneys — how we would have to wait for a few years to see what his recovery is like, that he would possibly need a kidney transplant.

My mind started wandering again. I’d seen a lot of patients on dialysis and always felt like it was a cruel way to live. The dialysis patients I cared for in the ER lived miserable lives. They chose not to take care of their bodies. They chose not to get their scheduled dialysis. They chose to use cocaine instead of supporting themselves. That was what my child had to look forward to?

Dr. J knew this was hard to hear and took a moment to impart some advice:

He said the patients I saw in the ER had chosen poorly in life. He’d taken care of CEO’s on dialysis who were living great lives. Ben would have to make up his own mind and either choose a good path (caring for himself and living normally) or he would choose a bad one and be a victim of his disease. Ultimately, I couldn’t choose this for him. But I could help by setting a good example and stressing the importance of self-care and medical follow-up.

Since I’m a physician, I know this kind of sage advice doesn’t flow freely from most medical specialists. I doubt he even remembers this conversation now, but I sure do nearly four years later. So many years later, we still aren’t sure about the necessity of a kidney transplant, but we’ve been dealing with some major developmental setbacks with motor and speech delays and sensory processing disorder. I still keep in mind Dr. J’s advice — to treat Ben like a normal kid. I address his medical and developmental issues but also give him room to grow/play/live/love/laugh like a normal 3-year-old boy. I hope Dr. J continues to choose love and kindness and give this advice to other moms going through the same thing because it has helped keep me grounded during difficult times.

Ann is a SAHM and semi-retired physician. She loves yoga and coffee and has an impressive home library of parenting books that makes her question her every move. She lives with her husband and two kids in Idaho.

annweiss
Want more of The Mighty?
You can find even more stories on our Home page. There, you’ll also find thoughts and questions by our community.
Take Me Home