When I was 4 years old, I was diagnosed with primary hyperoxaluria type 1 (PH1). Although I was too young to remember, it was around that same time that I passed my very first kidney stone. I had blood in my urine, but no explanation or diagnosis. That’s when my family was told I had PH1, a rare inherited disorder that results in a buildup of oxalate, which is a waste product that can’t be used by the body and is normally filtered through the kidneys. In people with PH1, because of an enzyme defect in the liver, oxalate is overproduced and can combine with calcium, causing kidney stones and progressive damage to the kidneys.

Despite my diagnosis, my childhood was relatively normal, with some exceptions: My doctor had recommended hyperhydration as one of the ways to manage my disease and help reduce the number of kidney stones I was producing, so I was always drinking large amounts of water/fluids (4-5 liters each day) and still regularly missed school because of recurrent kidney stones. Some kids thought every time I went to the bathroom, I peed blood. Hearing that made me realize it was a lot easier to say I had a kidney stone problem — not many kids understood what it meant to have a kidney disorder, like PH1.

While I eventually grew accustomed to the course the stones took when they traveled through my body, as a kid I would get scared when I felt them coming down. It always started with back pain, and then the pressure of the stone would gradually radiate down to my bladder. It didn’t take long to figure out that being anxious just made the pain worse, and I learned to hyperhydrate and power through to pass the stone as quickly as possible.

As an adult my kidney stones were pretty well managed, which is why in early 2018, when I started experiencing health problems, it didn’t occur to me that it could be connected to my PH1. I was feeling lightheaded, sure, but just thought I could muscle through.

In May of that year though, muscling through became much more difficult. My father had open heart surgery, and I took on more responsibility in our family business. There were so many things going on in my day-to-day life that I ignored my health even when my symptoms got worse. I was consistently pulling dead skin out of my mouth. My face was swelling. I went from being able to run 10 miles to barely running two. I was inexplicably becoming more and more fatigued as each day passed.

Later that month, while my family was in our house together, my sister found my father unresponsive. He had passed during the night due to complications from his heart surgery, which plummeted me into a state of shock and despair. I once again assumed it was stress, and now grief, that was affecting my health but again, I muscled through as I eulogized my father and kept working to pick up the slack and support my family.

That’s when things took a turn for the worse. I was gaining weight at a rapid pace. I couldn’t sleep at night because I was constantly waking up to pee, but barely any urine would come out. It felt like I had pins and needles in the bottom of my feet. Eventually, I found myself vomiting every morning and hardly had enough strength to walk upstairs. I felt like I was constantly in a fog. When my family saw how beaten down I looked, they just kept saying, “He must be so stressed.”

I finally realized I needed to get blood work done. When the doctor looked at my results, he told me to go to the hospital… immediately.

There I was, three weeks after my father’s passing, in the hospital with end-stage kidney failure. The doctors told me I needed kidney and liver transplants, and I started dialysis right away. In the span of less than a month, it felt like my whole world fell apart. When I finally came home after two weeks in the hospital, I was told I needed to go to a dialysis center four times a week (later that changed to six times a week). I sat alone in the backyard and cried, blaming myself for every bad decision I ever made, for being complacent and not paying attention to my health.

The needles, the cramping, the fatigue — I hated everything about dialysis. The nurses were great but waking up at 4:30 a.m. every morning was never something I looked forward to. Yet, it was the only thing that could clean the excess oxalate passing through my system and causing all my symptoms. I saw all kinds of stuff in the dialysis center. The other patients seemed sicker than I was, and I was one of the youngest people there. I’d lay a blanket over my head or listen to music, hoping to sleep through as much of the sessions as I could under the bright fluorescent lights. I was lucky to have my family to help me, especially my mother, who became my caretaker. She was my saving grace, and I couldn’t have gotten through the ordeal without her. 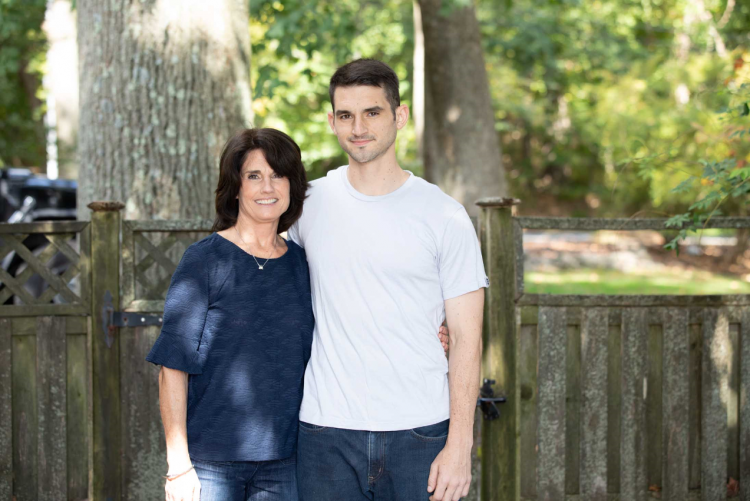 Another saving grace arrived on my birthday. After my dad died, my sister had mentioned getting a dog. I was against the idea at first. My dad wasn’t even a pet person. But eventually I got so desperate, I figured getting a pet would be a good thing to try, considering everything I had been through. So, on my birthday, a few months into dialysis, I got a Goldendoodle named Hannah. This dog saved me. She gave me something to care about and made me feel like I wasn’t a burden. She also got me out of the house — we went on hikes, and when that became too painful, we went on walks, even adding a post-walk nap to the routine. 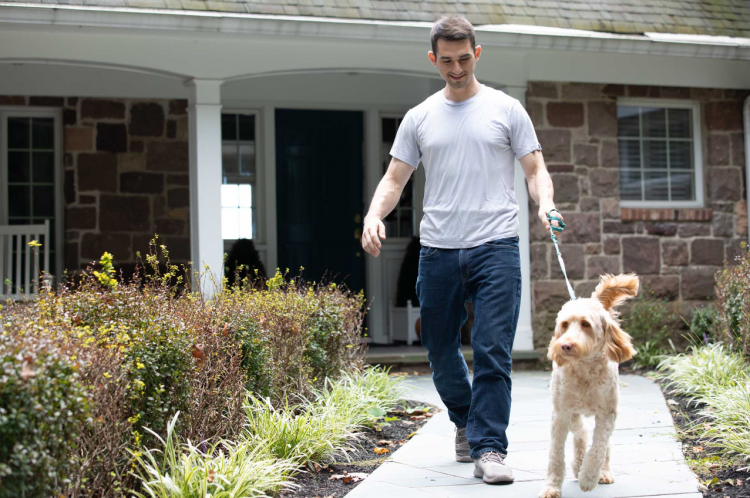 On the one-year anniversary of my father’s passing, I decided to start an online fundraiser in his memory for a hyperoxaluria patient group. I don’t do much on social media, but it felt important. I set it up and wrote a short bio, detailing my dad’s life, his generosity, and the struggle my family and I were currently going through. To my surprise, in just three days, the fundraiser generated $13,000. It was heartwarming to know so many people cared.

Shortly after, the hospital contacted me and told me to get ready for a combined liver/kidney transplant — they had found a donor. It was heartbreaking knowing this meant someone else wasn’t going to get this opportunity, and there were moments I didn’t feel worthy of it, but the timing and how quickly everything started moving was unbelievable. In May 2019, one year after my life had turned upside down, I received the gift of a second chance through my liver and kidney transplants. I updated the fundraiser with this news, and we ended up raising nearly $20,000 in honor of my dad.

Recovery was difficult initially, but I am pleased to say I haven’t had a dialysis session since the transplants. I’ve gotten back to working and doing things I enjoy. When I was on dialysis six days a week, I couldn’t travel at all. Now, Hannah and I go hiking and running all the time. I even recently climbed two 14,000-foot peaks in the same day. This was something I always wanted to do, and there was a point in my life when I thought I might never get the chance.

My experience with PH1 has taught me to be more empathetic and to listen to my body. When you’re diagnosed with PH1, you understand that people can’t always see when you’re in pain, and you really don’t know what someone is going through. Even now, although I don’t live with PH1 after my transplant, I understand the importance of paying attention to the signs my body gives me related to my well-being and the importance of taking care of one another. I just want to take the precious opportunity I was given to help others and enjoy everything life has to offer.

To learn more about PH1, please talk to your doctor and visit TakeOnPH1.com.

In addition, here are a list of patient advocacy organizations that provide resources and support for those living with rare diseases impacting the kidneys, including PH1: the Oxalosis & Hyperoxaluria Foundation, the American Kidney Fund, the National Kidney Foundation, National Organization for Rare Disorders or Global Genes.

I am 30 years old and was diagnosed with PH1 at age 4 and suffered through hundreds of painful kidney stones as a child and young adult. As an adult, my condition worsened to the point that I had to drop out of college, and I ultimately developed end-stage kidney disease from the progressive damage to my kidneys. Two years ago, I received a lifesaving combined liver/kidney transplant. Now, I’m focused on raising awareness and helping others diagnosed with this rare, genetic disease.