If you can’t imagine dealing with your mental health without a furry companion by your side, you’ll probably relate to this comic about how one artist’s cat helps with his depression.

Yash Pandit, a filmmaker, photographer, artist and writer, adopted his cat, Bagheera, almost four months ago as a kitten from a family friend. Pandit said Bagheera wasn’t getting adopted because of the stereotype in India that dark cats bring bad luck, but Pandit saw otherwise. He developed an immediate connection with Bagheera.

“I feel most connected to cats, because I absolutely love how they have respect [for] their own space, live on their own terms and are still loving,” Pandit told The Mighty via email. “I feel like a lot of times I’ve been misunderstood in my own personal life when me needing my own space was misconstrued often as conditional love or selfishness. It really isn’t, they just love us in their own way.”

Shortly after adopting Bagheera, Pandit found there were many ways his cat helped him manage his depression, part of Pandit’s experience with bipolar disorder. It inspired him to create a comic depicting all of Bagheera’s cat-isms that help keep Pandit on track with his self-care on days it feels like too much.

You can see the full comic here: 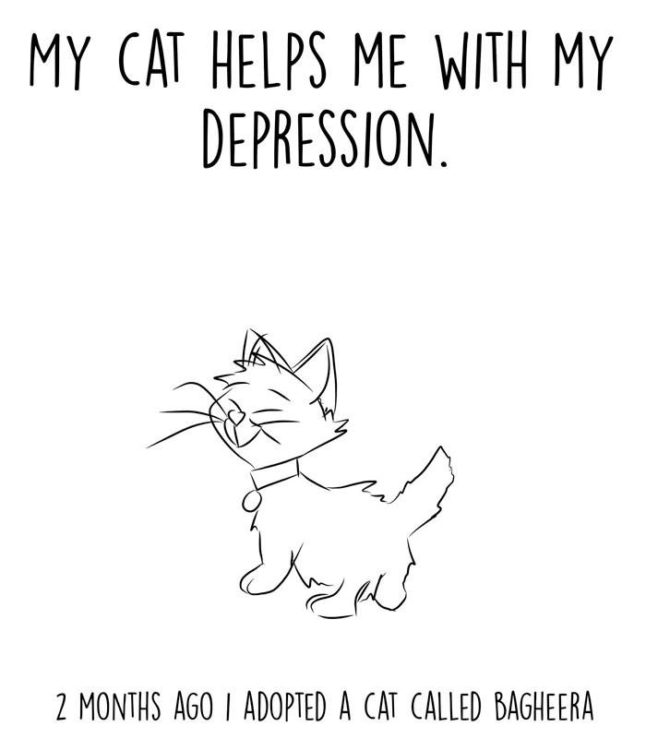 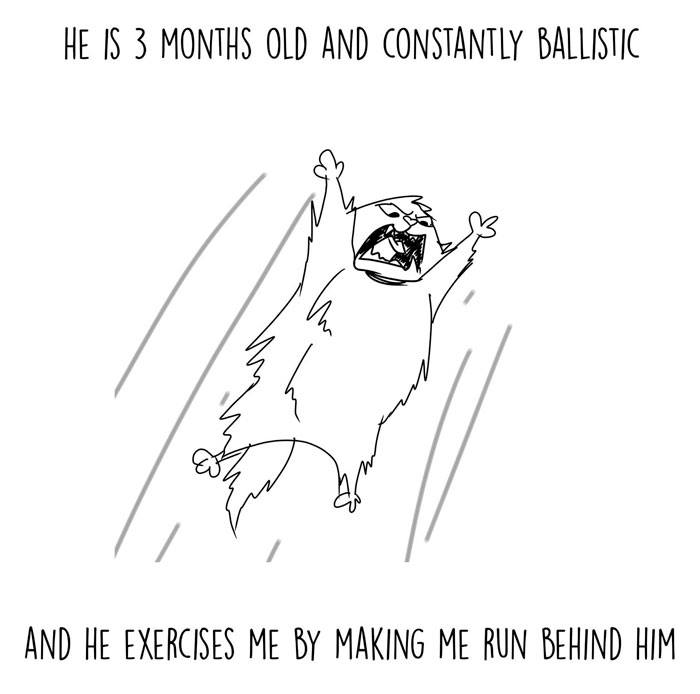 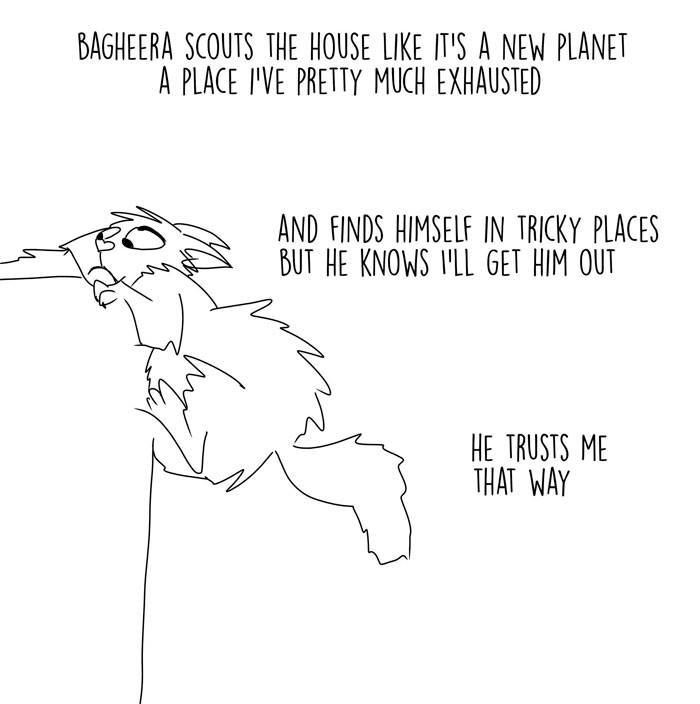 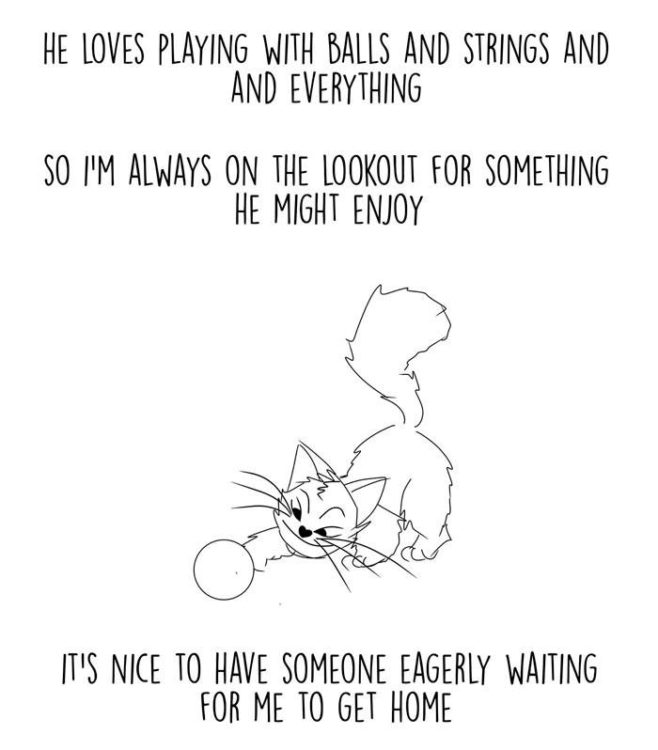 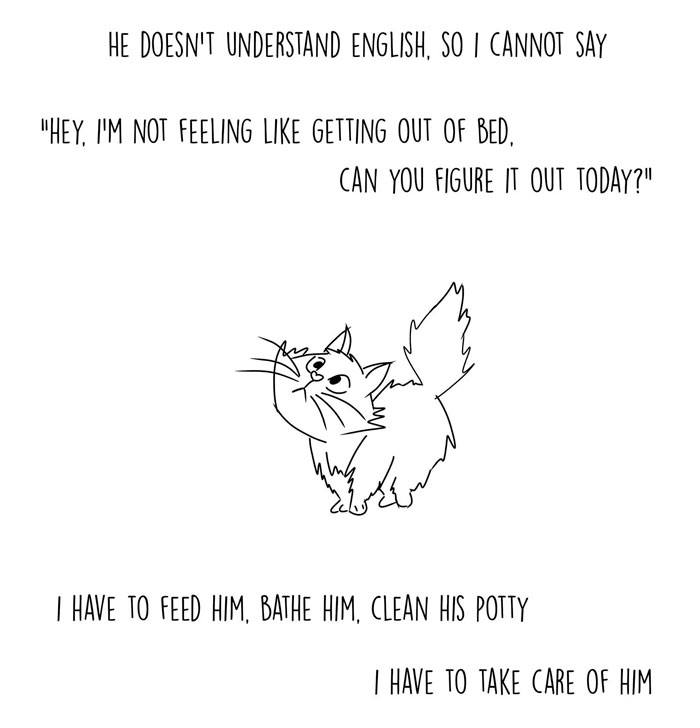 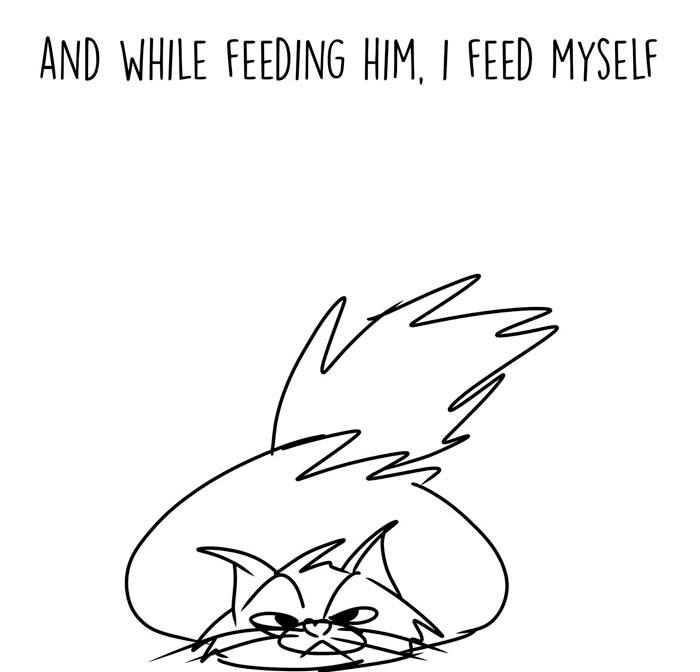 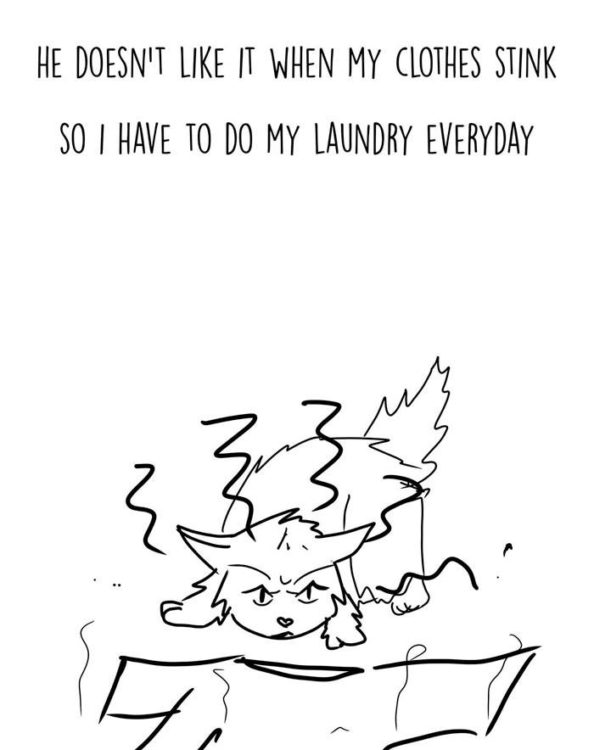 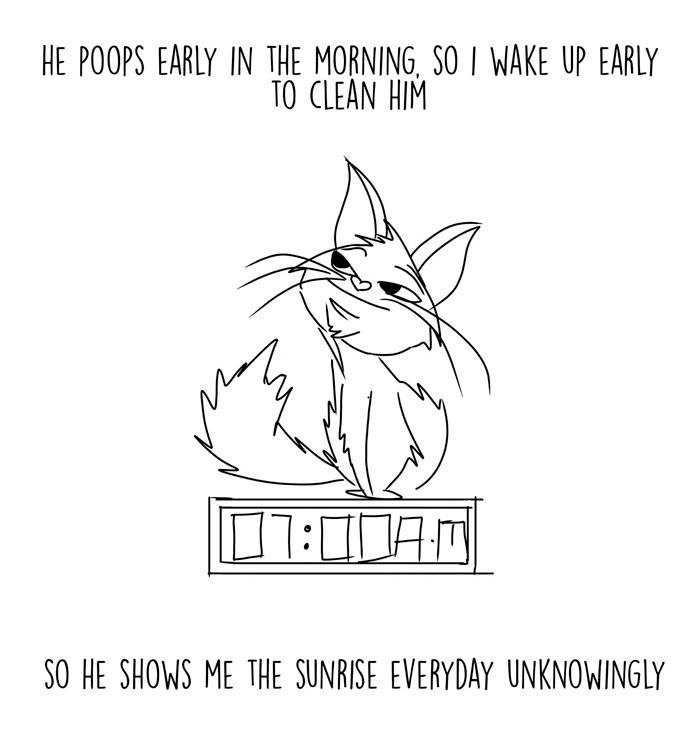 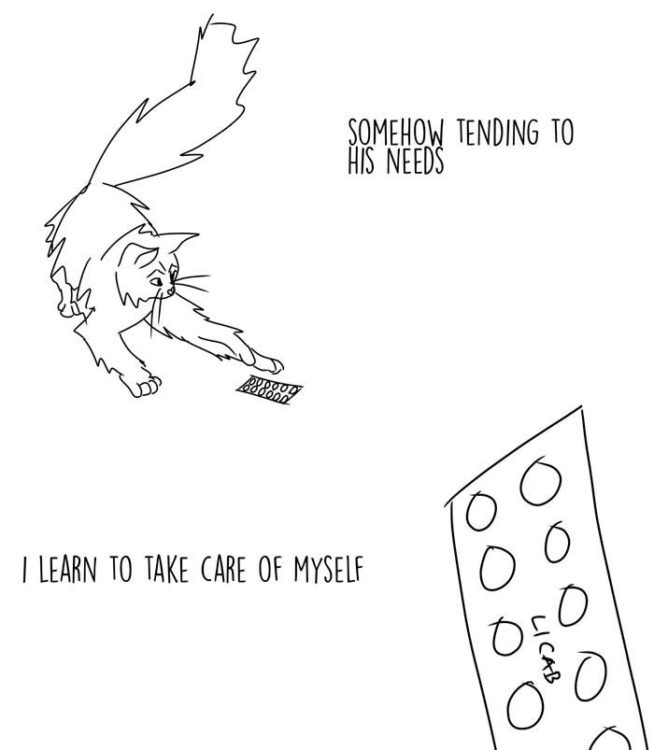 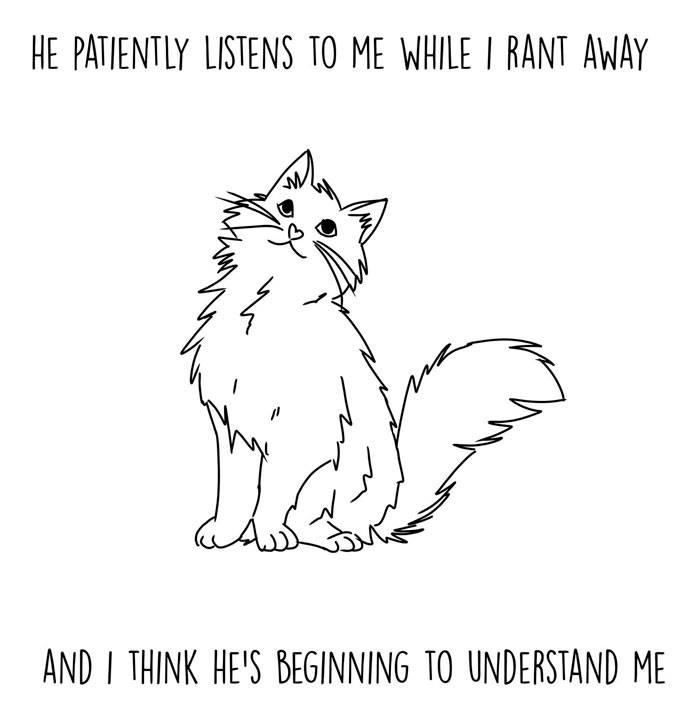 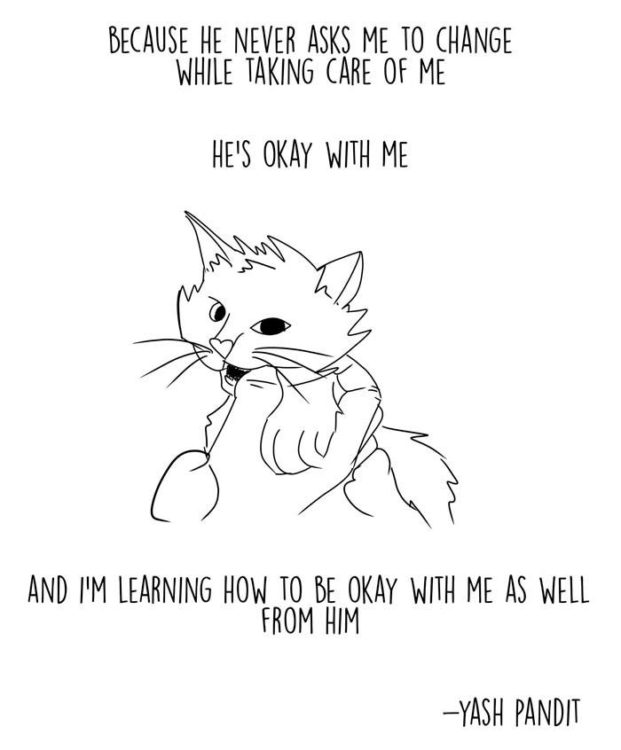 Pandit said he hopes his comic helps break down mental health stigma, especially by showing others that mental illness may be part of your experience but it doesn’t define you. Pandit said he feels Bagheera gets this, so by turning this realization into a comic, he hopes others can relate too.

“I have faced immense stigma about [bipolar disorder] — there’s no way to avoid it. Not only in places where you can see it coming, but also in places I didn’t expect it to be,” Pandit said, adding:

For instance, my college was very apathetic about it, they refused to help me out in any way. Some of my friends refused to see me in any other light after my opening up. It’s important to realise that my illness is a part of who I am, and it does affect me everyday, but it isn’t who I am as a whole. And if my cat can see that, I really would wish for people to see it too.

my cat helps me with my depression . . The last post had some repetitions so I had to post it again! . . . @bagheera.cate

While Bagheera plays a large role in supporting Pandit’s mental health, a pet can’t be your sole source of support. Pandit also said he works hard to manage his mental health in other ways.

“I go to therapy regularly, keep up with my medications and tests, I have built an active system of support and well-being around myself that I have been working on for years,” he said.

And if you’re looking for Bagheera, Pandit said you can typically find him doing one of his favorite things, which include watching “Fresh Prince of Bel-Air,” listening to Frank Ocean’s music, going for walks or playing tag. Plus, Bagheera is enjoying his new-found fame from Pandit’s comic.

“After the comic, a lot of my friends, family and a lot of new friends that I made keep coming to my place to meet Bagheera, and he gets a lot of attention!” Pandit said. “He absolutely loves it, he constantly wants people around him and loves being the center of attraction.”

Posted by yashpandit.co on Thursday, December 12, 2019

A Self-care Program Just for You

Achieve your goals for this year with help from The Mighty community. Join 52 Small Things, The Mighty’s weekly self-care challenge.