It’s Been 2 Years Since Their Ketamine Infusion Therapy for Depression: How Are They Now?

If you or a loved one is affected by addiction, the following post could be triggering. You can contact SAMHSA’s hotline at 1-800-662-4357.

Imagine a life with depression, post-traumatic stress disorder (PTSD), or another mental illness. (Maybe you don’t need to imagine this at all.) Now, imagine you’ve tried every antidepressant on the market and been through countless therapeutic modalities only for nothing to really, truly work for you. The hopelessness that leaves behind — the sense that you’ll maybe never get better — is the reality for many, particularly where treatment-resistant depression is concerned. So where do you turn? What if there was another option? Enter ketamine, which despite its reputation as a street drug, has been shown to be rapidly effective in clinical studies for treatment-resistant depression. Would you try it? Would its effects last beyond the here and now?

We wanted to know the same. We’ve received multiple articles from contributors who have received ketamine treatments for various illnesses, but we’ve never checked in to hear how they’re doing years later. How are they feeling now? Have they experienced any lasting effects? Would they do it all again if they needed to? After all, reading about this apparent miracle drug for mental illness means nothing once it reaches common usage unless we know how it works in the long term.

I decided to find out. I reached out to two of our contributors, Lauren Clements and Vanna Winters, who wrote about ketamine infusions in 2019. I asked them some questions about where they are now, and their answers were surprising.

Update on Lauren’s Experience With Ketamine Infusions for Depression 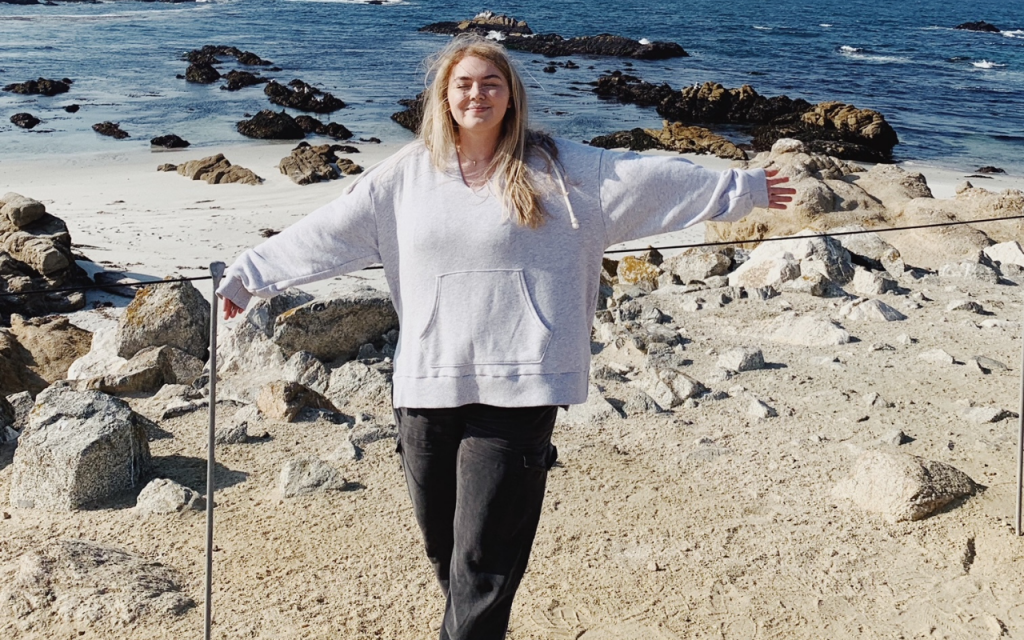 First, let’s meet Lauren Clements. A little over two years ago, Lauren Clements sought ketamine infusions as a “last resort” for her treatment-resistant depression. At that time, it had been six months since her initial six infusions, which she found significantly reduced her chronic suicidal ideation, making her other symptoms more manageable.

“Right now, I’m doing well,” she told me. “However, earlier this year and most of last year, I was really struggling. I was experiencing the worst depressive episode of my life and had several additional hospitalizations.”

This is despite several “booster” ketamine infusions every two or three months, though she no longer receives these due to the cost of these boosters and the associated financial stress. These booster infusions were largely similar in experience to those she described in her article in 2019, though one, she told me, was especially hard since she experienced a flashback to her childhood trauma. She has also been hospitalized since her infusions, though she told me this is not due to the ketamine.

Update on Vanna’s Experience With Ketamine Infusions for Trauma 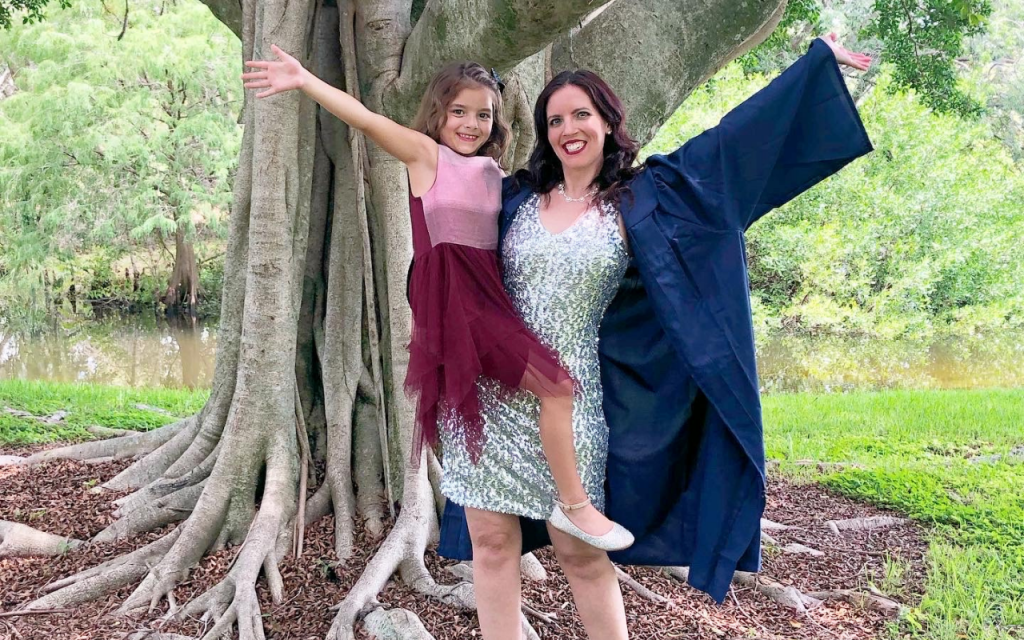 I feel, in my healing process, the sense of peace for the trauma I had endured was ketamine’s greatest strength.

For Vanna Winters, however, ketamine infusions have had a different effect. Vanna sought ketamine infusion therapy in order to process traumatic memories and received eight infusions over three weeks followed by one infusion per month for six months. She told me about how ketamine helped her with “memory rewriting,” a similar treatment to eye-movement desensitization and reprocessing (EMDR) therapy, with the help of a trained trauma therapist. Like Lauren’s childhood flashback, Vanna told me how ketamine infusions could surface repressed trauma memories during her “trips” in treatment, with Vanna describing this directly in her own article from 2019.

“Ketamine did not process or resolve my trauma alone,” she told me this month. “Instead it drastically raised my threshold to tolerate the anxiety and discomfort of confronting the emotions that accompanied trauma therapy. For the first time in two years of therapy, I was able to do the trauma work with my therapist that was necessary without decompensating and relapsing into my anorexia… I feel, in my healing process, the sense of peace for the trauma I had endured was ketamine’s greatest strength. ”

Vanna completed ketamine infusion therapy in January 2020 and has not had an infusion since then. She was able to lower the dosage of her antidepressants and, with the supervision of her psychiatrist, stop taking her anxiety medication entirely. She has remained in eating disorder recovery, no longer has panic attacks, and depression is no longer holding her back.

“In the fall of 2020, I made the decision to apply for graduate school to earn a master’s degree in mental health counseling, something I wanted to do for years but was unable because of the severity of my symptoms. As I write this I am a few months away from graduating and have begun an internship at a residential treatment facility that specializes in treating women with complex PTSD.”

Managing Mental Health Alongside (and After) Ketamine Infusions

Ketamine infusion is an incredibly valuable tool to your healing, but please don’t make it your only tool.

As with antidepressants and other psychiatric medications, ketamine infusions may be better administered alongside therapy for treating mental illness. Both Lauren and Vanna continued with therapy during their ketamine infusions, with Vanna particularly attributing the success of her treatments to the combination of ketamine and trauma therapy. She saw a trauma therapist twice a week while in treatment and, on a few occasions, had “ketamine-assisted psychotherapy” where a therapist was present during infusions.

“I don’t think I would have experienced such positive results from my infusions without seeking therapy in conjunction,” she said. “Ketamine infusion is an incredibly valuable tool to your healing, but please don’t make it your only tool.”

Now, she sees a therapist monthly for “maintenance” appointments and incorporates regular self-care into her daily routine.

What They Want You to Know About Ketamine Infusions

Neither Lauren nor Vanna have regrets about ketamine treatment, with Vanna only expressing regret for not trying it sooner. But, what do they want you, the reader, to know about their experiences?

“It’s absolutely worth trying,” Lauren said, given how it has drastically helped with the intensity of her depression and suicidal thoughts.

Vanna emphasized the importance of finding qualified and experienced providers. She told me about how the rise in popularity of ketamine has created a market congested with facilities that are not adequately set up for treatment, lacking consideration for the prohibitive cost of treatments and tarnishing the quality of therapy.

Both the environment in which you receive ketamine infusion therapy, and the individual who administers it, are crucial, she said.  “You need quiet, comfortable conditions, not a chair behind a curtain. It’s an intravenous anesthetic with psychedelic effects and should be given by a physician or nurse that has a background in anesthesia and will properly monitor you during the infusion.”

As for immediate side effects, Lauren mentioned struggling with some manageable nausea during infusions, while Vanna had some short-term grogginess, which she expected due to ketamine being an anesthetic. Neither writer has experienced any long-term side effects to date, however, which should be reassuring for anyone considering ketamine treatment themselves.

Ketamine and Hope for the Future of Treatment

Given their experiences, both Lauren and Vanna gave me hope for the development of new therapies incorporating ketamine and other substances, such as psilocybin. When I initially reached out for their experience, I wasn’t sure what I’d receive in return. Would it be good news? Would ketamine have remained the revolutionary treatment it seemed to be? So often, medical studies focus on the short-term effects but refrain from giving updates years down the line. That’s the kind of information we need, though, in order to make informed choices for the benefit of our health.

I was relieved, then, when both writers told me how their lives have changed for the better, due not only to ketamine but also to therapy in general. It may not always be apparent, but as Mighty editors, we care so deeply about you, our readers, and our contributors. We want to know you’re doing well. We celebrate with you when you’re flourishing, and we mourn when things have gone wrong.

In 2019, Lauren expressed the feeling that she was “too far gone” before ketamine, but she no longer feels that way now. “It’s not just because of the ketamine. It is also due to all the work I’ve put into therapy and the progress that I’ve made.”

“Your life is worth fighting for,” she said.

“You are not stuck or trapped in your symptoms,” Vanna said. “Keep searching for the healing you are so very worthy of.”

I’d like to thank both Lauren and Vanna for chatting with me and letting me know how they are doing. I hope, given their success, that you too will find hope in their words. Ketamine might be new, and it might still carry the stigma of being a “party drug” for some, but Lauren and Vanna’s stories show us that it can be used to incredible effect alongside therapy to provide real change in tackling depression and trauma. I don’t know if ketamine infusions are the right treatment for me, but with more research — and given how far Lauren and Vanna have both come since 2019 — I’d personally be more willing to try ketamine infusions for my depression and trauma, too.

The Mighty Asks: have you been involved in a new treatment program involving ketamine infusions, psilocybin, or something else?

Alexander Winter Lockwood (he/him) is a senior editor for The Mighty, specializing in mental health. He joined the Mighty team because he believes sharing our stories is crucial to ending stigma, particularly for men who are taught seeking help is a sign of weakness and for marginalized communities. Aside, he is a fiction writer and editor from Northern Ireland, living with depression, generalized anxiety disorder (GAD), attention-deficit hyperactivity disorder (ADHD), trauma, and three beautiful cats. Follow him on Twitter @lockwoodwrites and Instagram @alexanderlockwoodwrites, or on his blog, www.alexanderwinterlockwood.com, where you can hear about his progress in writing his first novel.