The Mighty's Mental Health Heroes of 2018

Each year, using nominations from our community, we honor 10 people who have done incredible things for mental health awareness and advocacy. From celebrities who use their platforms to let others know it’s OK not to be OK, to the people who work behind-the-scenes to provide resources for those who are struggling, the people who become our Mental Health Heroes have made an impact, and we’re so excited to celebrate them with all of you.

While “top 10” lists tend to be definitive in nature, this one surely isn’t. Everyone who did something brave this year — from posting a status about mental health on Facebook to opening up to a friend — deserves recognition. Throughout the new year, you can download our app and use the hashtag #MentalHealthHero to honor some of the everyday heroes in your life.

Thank you to everyone who was part of our community this year, and without further ado, here are The Mighty’s Mental Health Heroes of 2018.

For giving those who text the Crisis Text Line the support they deserve. 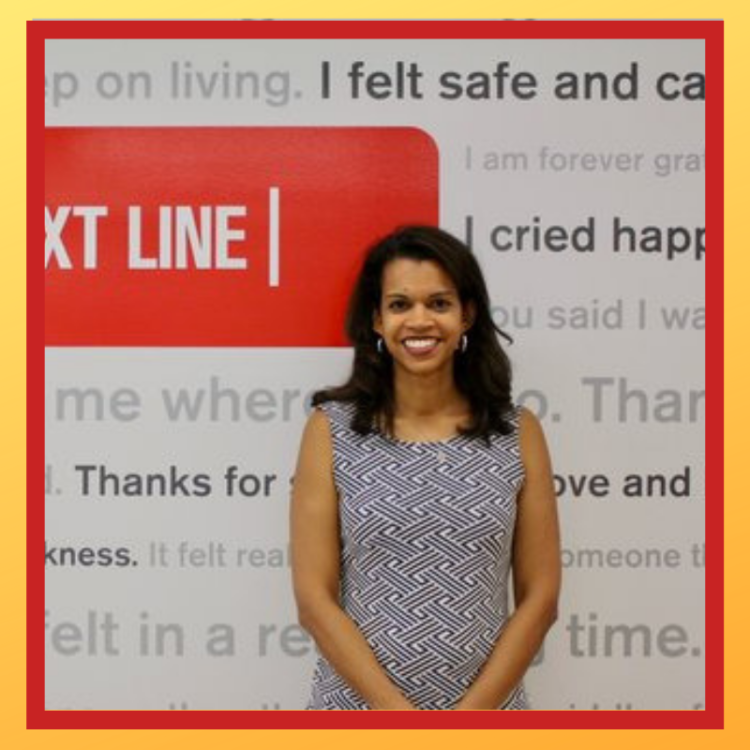 In 2017, Dr. Shairi Turner became the Crisis Text Line’s first Chief Medical Officer. You’re probably familiar with the Crisis Text Line — a mental health crisis service that anyone can use by simply texting 741741. Dr. Turner’s job is to ensure each and every texter receives high-quality crisis support, and this year, she implemented a policy called “Always Ask,” which instructs the counselors who answer texts to screen every texter for suicidal ideation in a compassionate and non-judgmental way. According to one person who nominated her, “She’s the type of leader who is on the front lines working alongside us, to better understand our unique needs and the unique needs of our texters.”

For putting a face to mental illness and suicide. 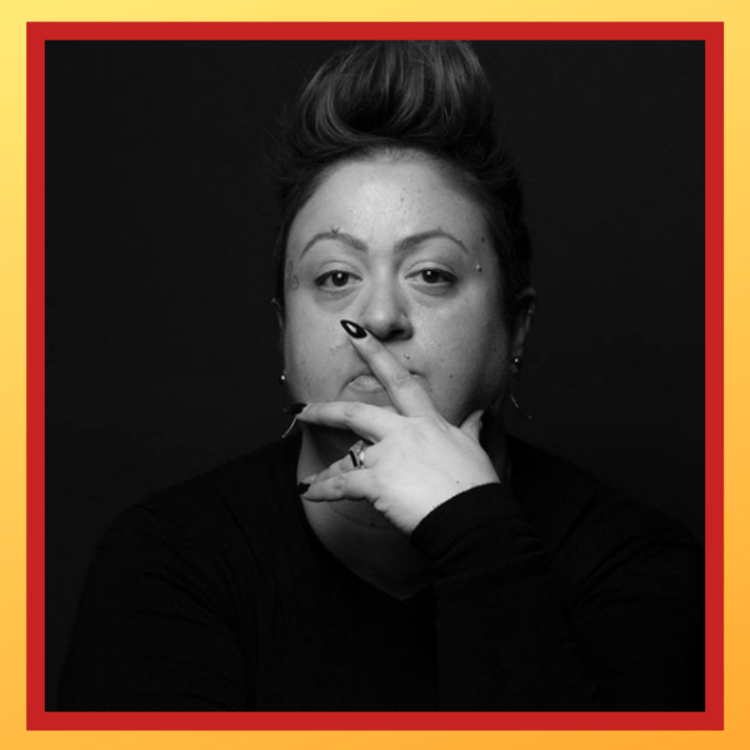 Mariangela Abeo is the creator of Faces of Fortitude, a portrait project that shares the faces of those who were touched by suicide and mental illness. Her photography is striking and features her subjects showing an array of emotions. A suicide attempt survivor herself, she lost her brother to suicide 11 years ago and started taking pictures as a way to heal. One person who nominated her explained the impact of her work this way:

It’s mostly not about the pictures, but about the conversation. She is talking to [people] and takes pictures while they go through all emotions. She is showing the faces of mental illness and grief. The laughs, the cries, the strength, the tears. For me, she helped me getting more involved with the topic… Normalize talking about mental illness, so everyone can get the help they need before it’s too late.

For making mental health care more accessible, one story at a time. 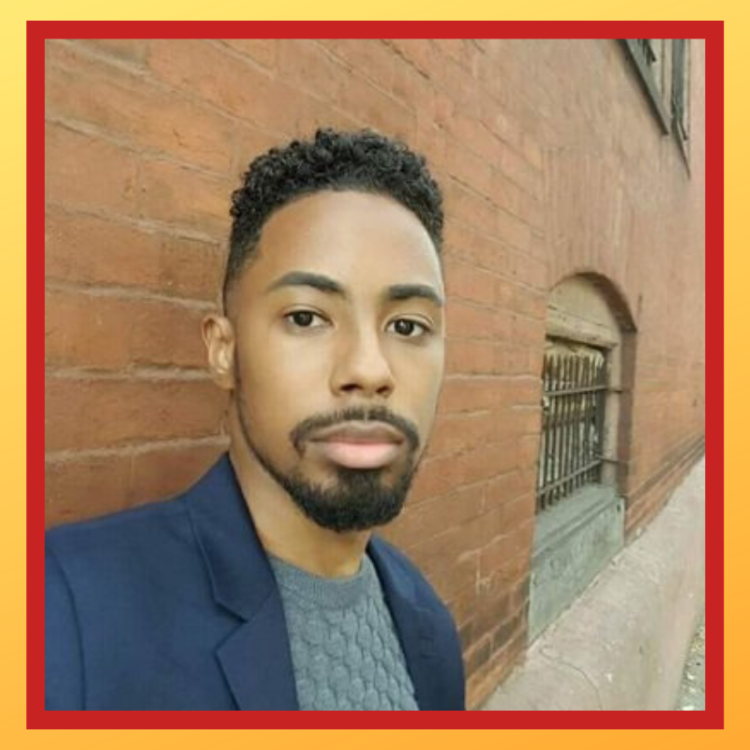 Why they’re our mental health hero:

Araya Baker is a queer, Black counselor educator and suicidologist who wants mental health services to be accessible to all. From writing guides for finding a therapist when you’re a woman of color and/or queer — to creating a directory of therapists who identify as people of color; queer, trans or from a religious minority — his work centers not just on getting rid of stigma in marginalized communities, but making services more accessible to them. We’re proud to have some of his work featured on The Mighty.

For cultivating a mental health community through fantasy. 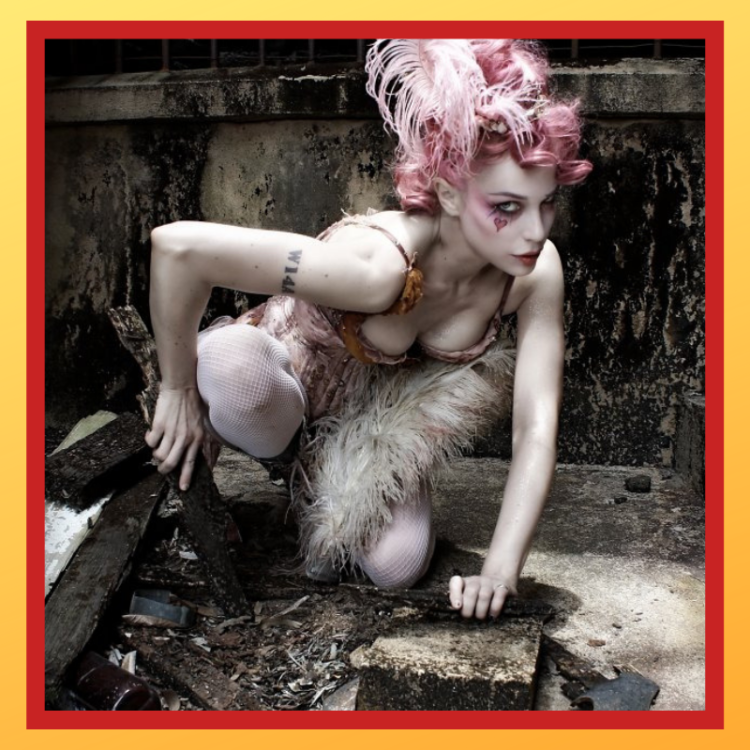 Emilie Autumn is a musician and author living with bipolar disorder, well-known for her elaborate corset collection, among other things. Her illustrated autobiographical/historical fantasy novel, “The Asylum for Wayward Victorian Girls,” is based on her own suicide attempt and time in a psychiatric hospital. She’s created a community around her work, and affectionally calls those who follow her “Plague Rats.” She’s currently working on composing the Broadway musical and film versions of her novel. Here’s what she means to one person who nominated her:

Between her music, her writing, and the community she has cultivated, Emilie has created a safe space for those of us with mental health issues. Through her music and her writing, she has talked about her own struggles with bipolar. Emilie has given us words of comfort, love, positivity and encouragement. To her, we are her friends, not her fans. 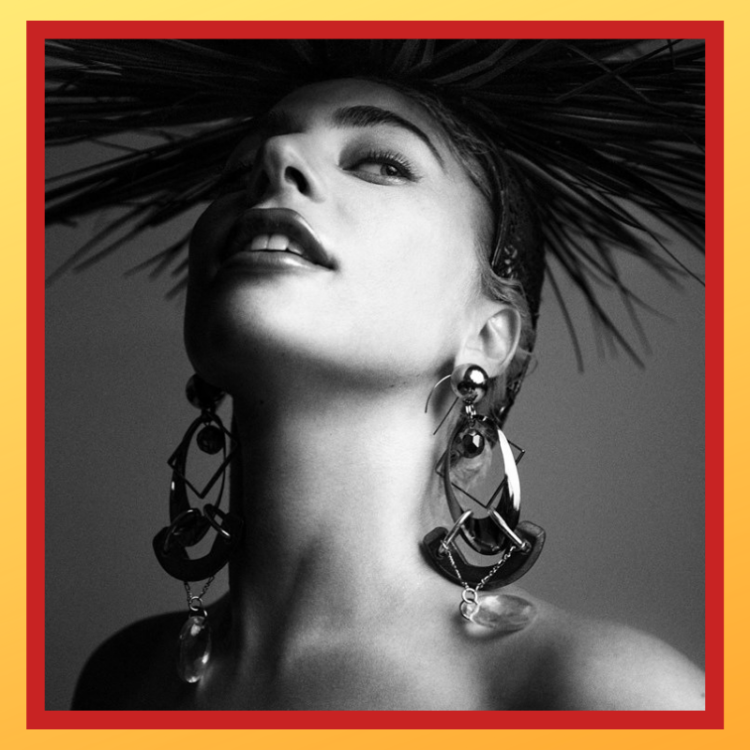 Let’s be real, Lady Gaga finds a way to make a splash every year. This year, though, we could really feel her impact in the mental health community. From the op-ed she wrote about suicide prevention, her insight into the intersection between pain and trauma, the words she shared with victims of the California wildfires, and her work at Born This Way Foundation, Gaga made it a point to use her platform to spread mental health awareness. She wasn’t afraid to get personal, and we’re so grateful for how much she was willing to share with us this year.

For showing men it’s OK to be vulnerable (on Twitter and beyond). 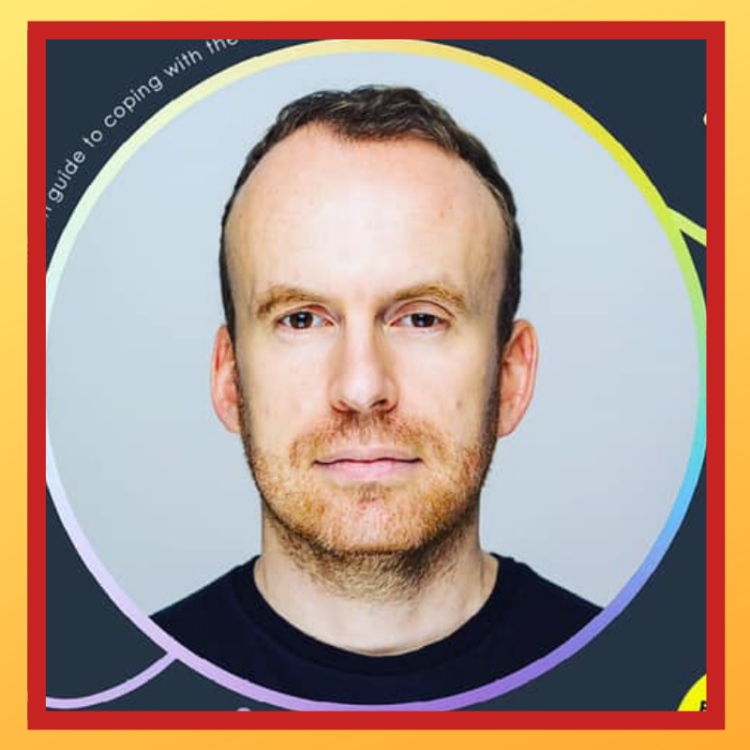 Author Matt Haig has a lot to say about mental health — and he’s not afraid to share his thoughts on Twitter. Haig frequently posts about men’s mental health and reminds his followers that it’s OK to be vulnerable. Well known for his largely autobiographical “self-help” book, “Reasons to Stay Alive,” this year he published a follow up called “Notes on a Nervous Planet,” which explores how modern life feeds our anxiety. One person who nominated him said, “Matt is consistently candid and raw when it comes to mental illness. Not only does he share openly about his own struggles and triumphs, but he strives for the betterment of others regularly through social media and his books.”

For showing us how to get back up after you fall. 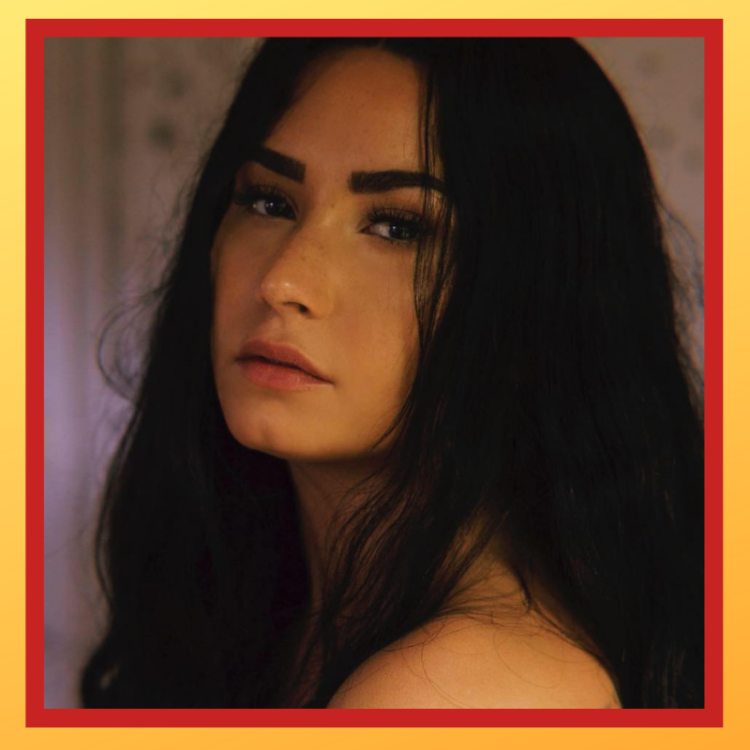 It hasn’t been an easy year for Demi Lovato, which makes her even more of a mental health hero in our eyes. For years she’s been open about her bipolar disorder diagnosis, eating disorder and addiction — but this year, after six years of sobriety, she relapsed. After releasing a song called “Sober,” where she first alluded to her relapse, she was hospitalized for an overdose in July. Thankfully she’s since been released and seems to be doing well. In her first public statement after her hospitalization, told her fans she would keep fighting. Fans then took to Twitter to let Demi know she was still a role model, even after this bump on her recovery journey. It was a good reminder to everybody that any type of recovery isn’t linear — and that it doesn’t matter how many times you fall, just that you get back up again. We’re so happy she’s taking time for herself, and can’t wait to see what the new year brings for her.

For giving his fans a space to connect and talk about mental health. 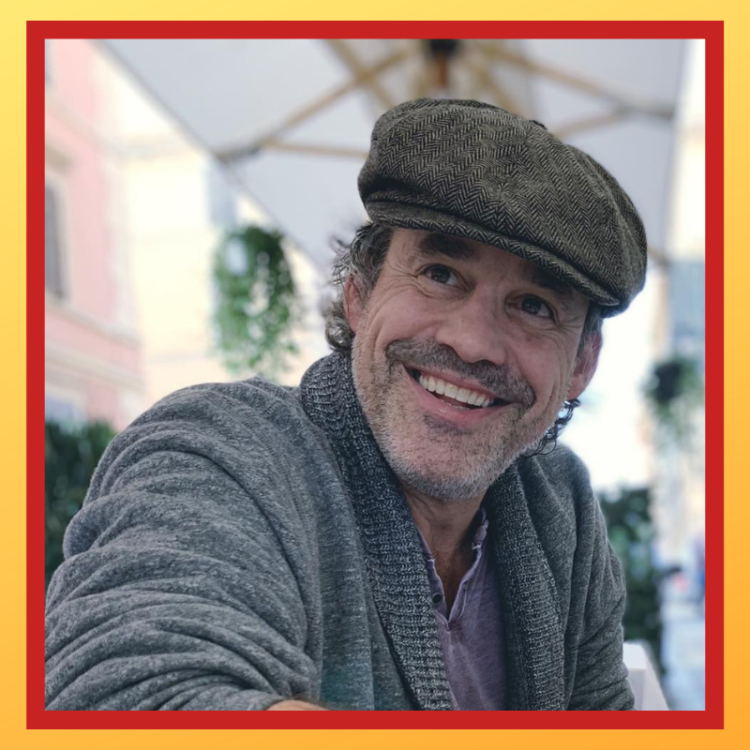 Nicholas Brendon is an actor known for his roles in “Buffy the Vampire Slayer” and “Criminal Minds,” and this year he started doing something really special — he traveled around the country to bring his fans together to talk about depression. He calls it The Kicking Depression Tour, and so far he’s held more than 100 karaoke and bowling events. One person who nominated him shared this:

Many people know Nicholas Brendon from Buffy the Vampire Slayer, where he played Xander Harris… Nicholas takes such care to reach out to his fans, and brings them together in an uplifting, slightly ‘crazy,’ and altogether fun time. Many of the fans who attend struggle a lot with just showing up. Things like conventions or comic-cons can be very overwhelming for people with anxiety. Nicholas knows this, and keeps his events small and intimate. Many of the people who attend end up becoming friends with other fans, and start to build a network of empathetic and similar souls.

For grieving with us and making art after loss. 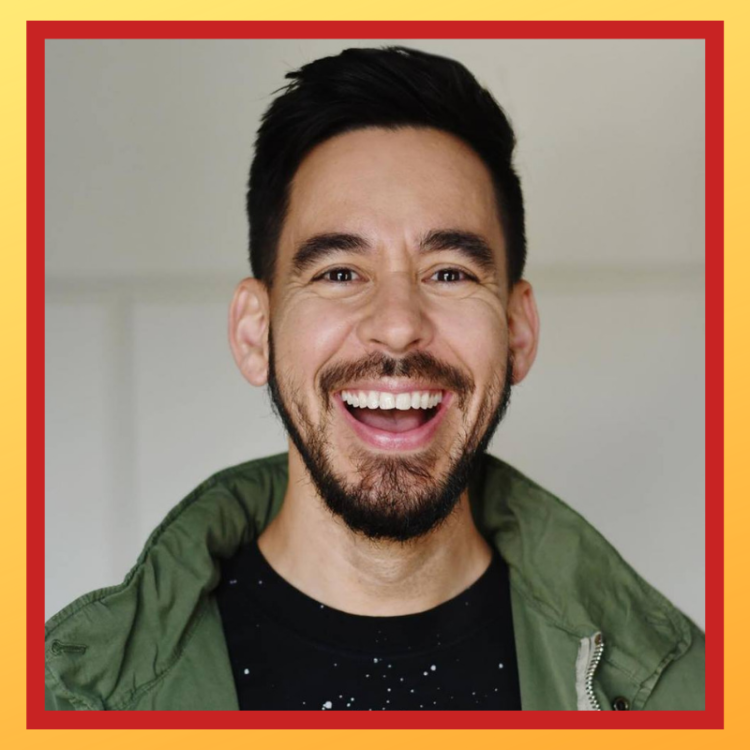 When his bandmate Chester Bennington died by suicide July 2017, Linkin Park co-founder Mike Shinoda went above and beyond to reach out to fans, even as he was moving through his own grief. He started using the hashtag #MakeChesterProud to encourage people to be kind and generous to others, and this year released an EP called “Post Traumatic,” which gave insight into his experience as a suicide loss survivor. Never shying away from the cause of Chester’s death, Shinoda’s willingness to be vulnerable and open helped fans from all over the world grieve. Through his artwork and music, he also showed us how life can go one after losing someone to suicide — and that you can remember them and honor them by what you create in your own life. We’re always grateful for all you do, Mike. 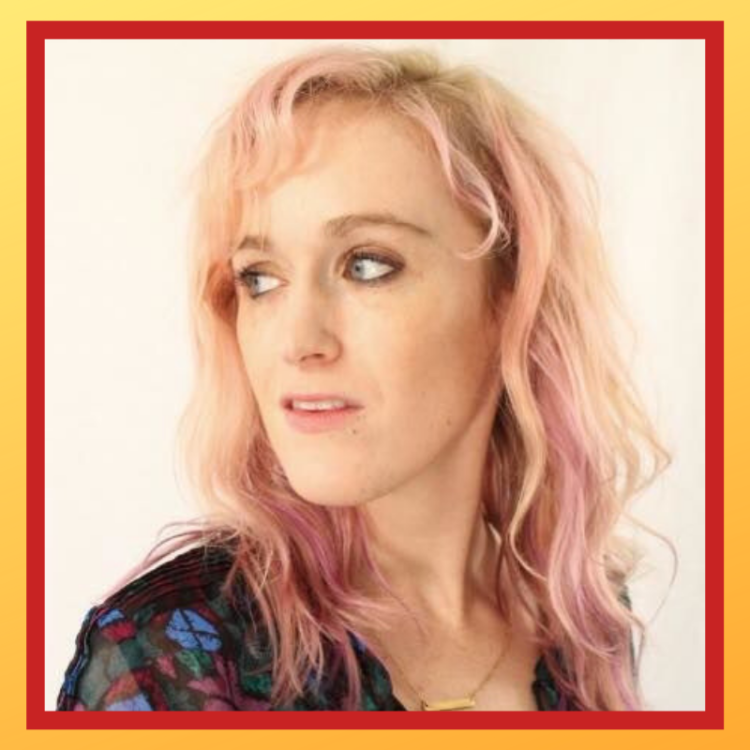 If you haven’t heard of Kate Mallow, it’s because most of her work happens behind-the-scenes. As Teen and Group Support community manager at 7 Cups of Tea, a platform where people can connect and talk about mental health, she manages a group of volunteer “listeners” and keeps the platform safe and supportive. Her dedication to mental health advocacy — and the compassion she puts into her job — was clear through the words of the people who nominated her:

“At first, I didn’t really feel like I fit in the teen community because I struggle with making friends but after Kate became the new teen community manager she changed the vibes and made it a more inclusive place.”

“Kate is only one person but she’s a mental health superhero to me because even though there’s thousands of teens on the site, she always makes time to mentor you so that you can grow into leadership roles.”

“She has been a big inspiration and motivation to me in my own mental health journey and as a volunteer. She is the most amazing admin we have and through her work on 7 cups and off, she has touched the lives of so many people in the mental health community. She is a star and needs to be recognized.”

Thank you to everyone who took the time to nominate their hero this year, and congratulations to our heroes!