When I finally got to hold my son Sebastian for the first time, I was in awe. I had done it. I had created life. A part of me was now alive inside this tiny, little human.

I don’t think I was much aware of the tears that poured down my face as I gazed at that beautiful little bundle. He immediately filled our lives with love and happiness, bursting with the joy of being a new parent. Never did we imagine just how much fear and challenge would come with that joy.

Sebastian was 3 years old when he was diagnosed with neurofibromatosis type 1 (NF1). NF1 is a genetic condition that allows tumors to grow on the nervous system throughout the body. The severity ranges drastically from person to person, and there is no way to know how serious, or not, it will be for him. Many people with this disorder live a relatively normal life. And for many others, it turns into chronic illness. Tumors sometimes form on the optic nerve, causing blindness, or in the brain or spine causing a host of other problems. In addition, NF1 can cause deformation of bones, like scoliosis and tibial dysplasia, behavioral disorders like autism, seizures, an increased risk of cancer, and more.

Sebastian has been lucky. “Luck” isn’t something I believe strongly in, but in this case I don’t really have another word for the random chance that hits one person and not the next. NF1 occurs every one in 3,000 births. Half of those are inherited from a parent and the other half are spontaneous mutations. No one else in our family has the symptoms, so that means Sebastian won the genetic lottery. Regardless of the odds, so far the NF1 hand he’s been dealt has been a relatively good one. His biggest struggles have been with gross and fine motor skill development and occasional headaches. It really could be a lot worse. Some kids with NF1 have already required things like chemo or multiple surgeries by Sebastian’s age. And our second son Oscar has shown no signs of the disorder. So we consider ourselves “lucky” in this scary game of life we’re playing. 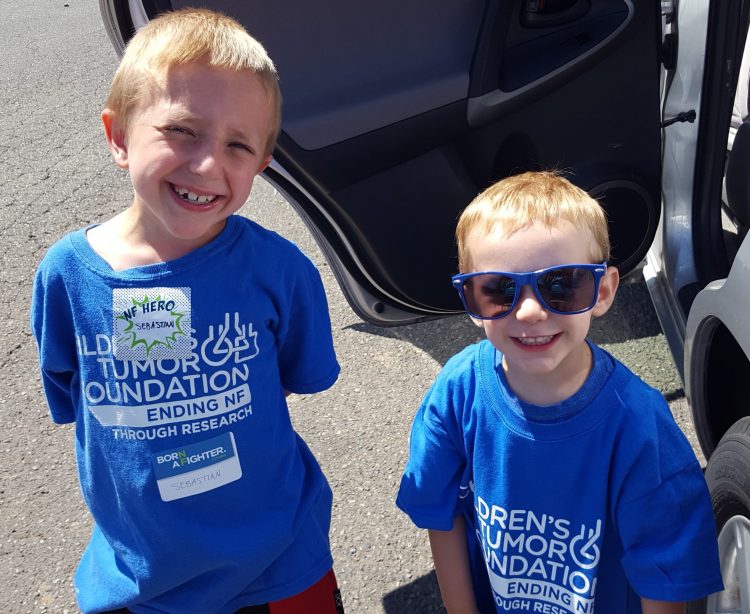 But parents of kids with chronic illness don’t bring it up. We feel it. We think it. But we know there is no comparison when the starting point is so different. We remind ourselves not to be jealous or angry, because it’s not our fault. There’s no one and nothing to be angry at. Because there’s no one person or thing to blame. It just is.

Life is rarely fair. That’s always been true. But when I received the diagnosis for my child that told me his life, and mine, would be a much bigger challenge than I ever dreamed, I was rudely reminded of the injustices of life.

When the reality of the diagnosis hit me, I grieved. Because the person I loved more fiercely than anyone is going to suffer more than the average person, a hell of a lot more than my naive, optimistic parental fantasies had wished for.

Any optimism I had about parenthood was quickly crushed by grief. Any confidence I had that I knew what I was doing and how to best  take care of my baby, was quickly replaced by doubt and fear. It was, and often still is, a roller coaster of emotions. I wanted to believe I had some measure of control over his health. So we upped our efforts to keep him as healthy as possible. We tried at least one visit to all the doctors that were recommended to us, and even one or two that weren’t. Most of them weren’t necessary, but all of their assessments went towards reassuring us that we were doing everything we could. When you’re worried about your child, it’s hard to feel like you’re ever doing enough. 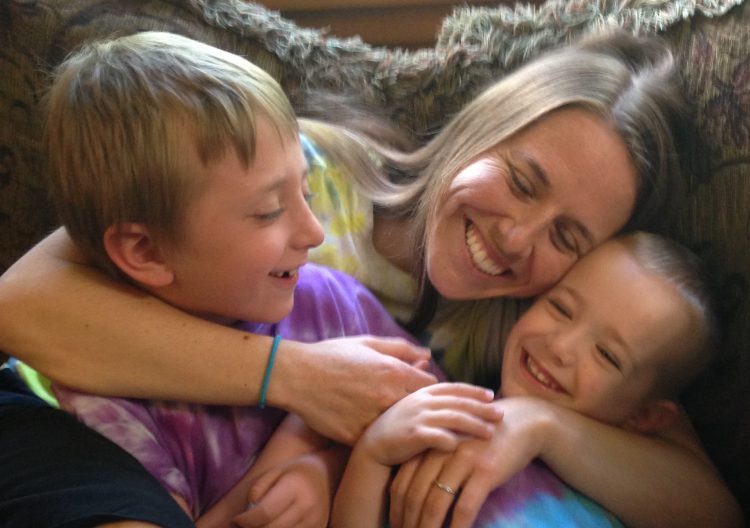 But really, I know that we are. I’m too strict about bedtime. I’m too strict about screen time. I’m too strict about how much sugar he eats. I’m a tough mom. I worry about how hard I am on him sometimes and other times I worry I’m not hard enough. And we are just as hard on his brother because I want to treat them as similar as possible, regardless of their differences in health. The fact is, no one knows for sure what will, or won’t, affect a disorder like NF1. So maybe I’m being tough for no reason. But one thing is certain in our minds as his parents: keeping him and teaching him how to be as healthy as possible is his best chance at having a good life.

When your kid has a chronic illness, it makes you question things you wouldn’t normally question. When a healthy kid has a minor struggle with developing some new skill, nothing really scary crosses your mind. You think, they just need a little more time. And that’s often the case. But if your kid has any diagnoses that could be to blame, you’re immediately concerned this could be a sign of something worse. Because you never know what will happen. If they’ll remain healthy or if they’ll suddenly take a turn for the worse. I often remind myself that could happen to anyone, even those without a diagnosis. But it’s hard when you have one looming over your kid’s head. It’s hard to put it completely out of your mind. It’s like the boogie monster, always lurking in the dark, waiting to strike when you let down your guard.

But as I’ve worked through my fear and grief, I have found a place of peace. I learned to accept that while life isn’t fair, there is balance and support. Sebastian might have to struggle for some things in life, but other things come amazingly easy to him.

He loves to learn new things and is excited to go to school every day, read books, and play games. He has to be the most social person I have ever met, which means making new friends is a piece of cake for him. He seems to care about everyone, whether they’re nice to him or not. He has such a big, beautiful heart. I wouldn’t trade the person he is for anything.

So yes, my child has to try harder than many. But not all. And he’s not alone. And as his parents, we are not alone. There are millions of other parents fighting the same battle. Struggling with the same stress, worry, and bone-deep fear. The fear of not knowing. And while the unknown will always be scary, for every parent of healthy and sick kids alike, it is there for a reason. To remind us to hug our kids tight. Give them one more kiss. Read them one more story. Take them on as many adventures as you can manage. Always tell them you love them and are proud of them. Appreciate them and the gift they are to your life. 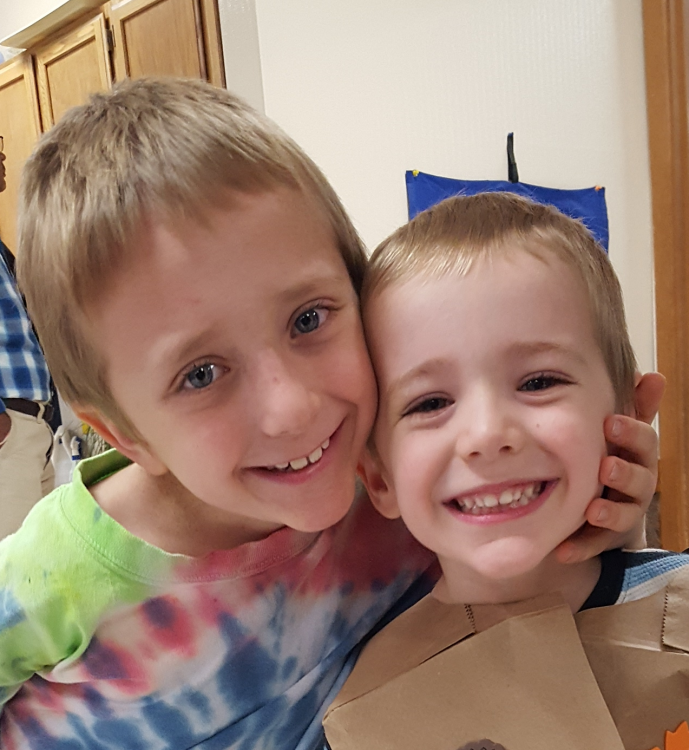 Tune in most Thursdays at 4 p.m, US Pacific Time, and help answer big questions from guests like doctors, Mighty editors, therapists and celebrities by using the hashtag #MightyQuestions

Melanie is a mother of two boys, a wife, web developer and writer. Her oldest son was diagnosed with NF1 when he was three years old. She writes on her blog at Mel’s Empty Journal.

melanie-rickmann
Want more of The Mighty?
You can find even more stories on our Home page. There, you’ll also find thoughts and questions by our community.
Take Me Home