When a Soccer Mom Had an Outburst About My Daughter's Appearance

I am aware of the shock factor of this photo. This is my daughter, Poppy, when she first came to us from her birth country of China. She came to us quickly because of her eye. 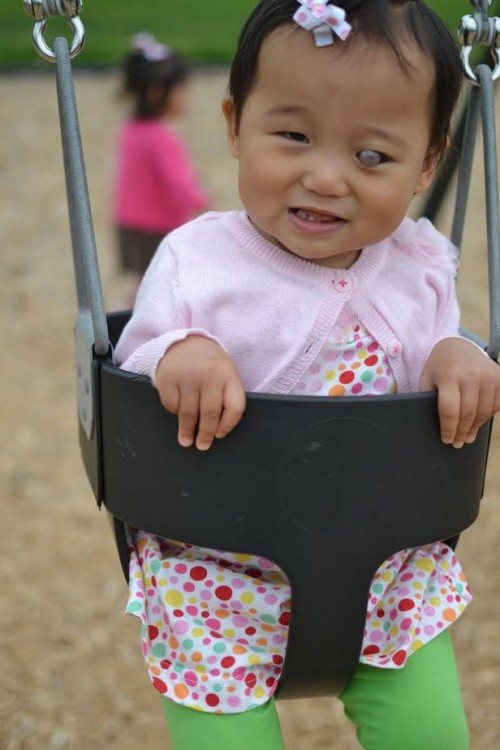 Poppy was born with a descemetocele of her left eye. This is a benign tumor that was present at birth. It is likely the reason she was abandoned. In the first days of life, these tumors can sometimes be removed and the eye saved, but Poppy lived to the age of 22 months with this tumor.

It grew in a cyclic pattern — growing and growing until it would burst, pressure would release and the cycle would begin again. At the most painful part of this cycle, the tumor would grow to a few cell layers thick and blinking was enough to rupture it. This happened an untold number of times in Poppy’s 22 months of life before coming to us. Her eye would become infected over and over, almost every time it ruptured.

Poppy held on long enough to get to us, where she received a state of the art surgery to remove her eye and replace it with an implant and donor tissue. Poppy was in so much pain at the time of the surgery that the actual process of removing her eye was a relief to her —  24 hours after the surgery, she was up and running around in her usual Poppy way.

Over the donor tissue inserted into her eye socket Poppy wears a “shield” that looks like a thick contact lens in shape but is the color of an eye. Creating the perfect shield for Poppy has been a challenge. We’ve had 12 different shields so far. The latest one isn’t a good fit and she hates it. She often takes it out and prefers to wear nothing.

Poppy isn’t old enough to understand how others view an empty eye socket but I am keenly aware and so are her siblings.

People stare. All the time.

We often laugh at the inopportune moments Poppy chooses to remove her eye shield. She is 2 years old and she is rough, loud, dirty and raucous, just the way 2-year-olds should be.

She couldn’t care less what people think, and I kind of adore that about her. 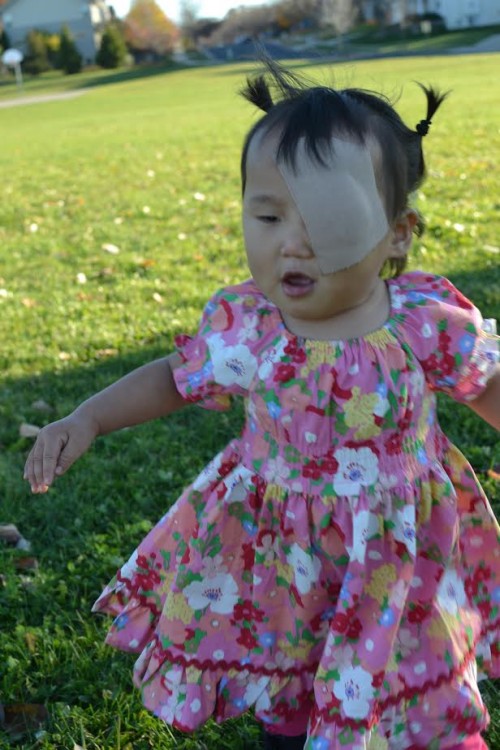 She lives large and loves fiercely. She is our girl, whether she has her “eye in” or her “eye out.” But, because of the stares, I usually make sure she is “eye in” when we’re out.

Yesterday, we went to watch her brothers play soccer and she had her shield out when I put her into the car. I transferred her to a stroller, figuring when she woke I could slip the shield in quickly and no one would notice.

As I slipped her shield in, the lady behind us turned to look and let out a loud, “Oh my God,” and then, because she had been so loud, many others turned.

Instead of apologizing for her outburst, she decided to defend it by saying, “Good lord, it caught me off guard. I wasn’t ready for that. Phew. Well, look! Now it’s in and you can’t even tell she doesn’t have an eye! Thank goodness. That was so awkward.”

I’m so sorry I caught you off guard, I thought. I’m so glad you won’t have to be faced with my daughter’s difference again. I live to make sure you don’t have to feel awkward. Sigh.

Poppy didn’t understand any of what was said. She was more interested in getting down and playing in the grass. My older kids, who would have noticed, were already on the field, engrossed in the soccer game. My littlest kids could care less. They adore our Poppy and are never shocked by her appearance, even when she had her eye tumor.

This incident happened almost two weeks ago. Since then she hasn’t worn her eye shield and she has been so happy. We continue to work on finding one that fits, but, for now I don’t care how awkward people feel. I care about her comfort. The shield is uncomfortable and I won’t inflict it upon her anymore just for soccer moms who are caught off guard.

I’m proud of my reaction. I was the mom who cared too much about what other people thought but now I realize It’s not about me. And It’s not about the soccer moms. It’s about one very brave little girl who just wants to be comfortable and play.

So, for her, we are proud to have stopped caring what other people think. 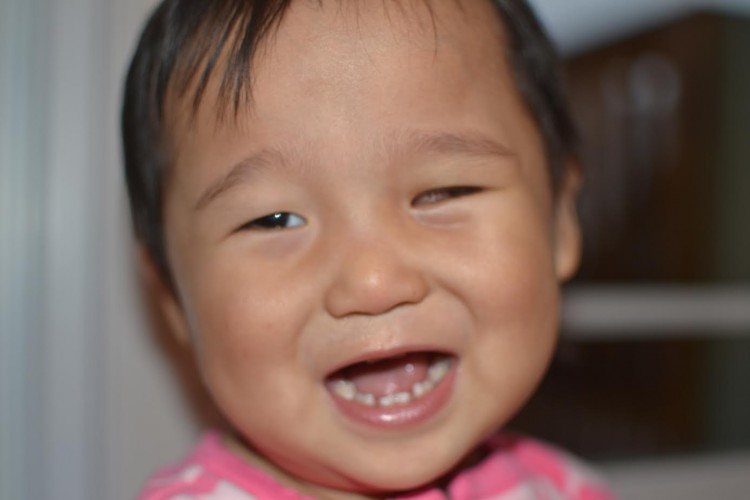 A version of this post originally appeared on The Full Plate.

Becky Ketarkus, aka FullPlateMom, is the proud wife of Joe and together they are parents of ten Mighty kids. Becky blogs at fullplatemom.com. All Becky&#8217;s children are adopted. She writes about her journey through her children&#8217;s adoption and beyond.

becky-ketarkus
Want more of The Mighty?
You can find even more stories on our Home page. There, you’ll also find thoughts and questions by our community.
Take Me Home