The 10 Secrets of a Special Needs Dad

In December 2008, my life changed forever; my first child was born, the most beautiful and perfect baby boy. For the first six months of his life, my wife and I were blissfully unaware that anything was wrong. He had all the normal tests that babies have and everything was as it should be. Life couldn’t get much better.

In September 2010, with our little boy fast approaching his second birthday, we attended what we thought was going to be just another in a long line of hospital appointments with our son. What happened that day literally turned our world upside-down. With little explanation, and in a matter-of-fact tone, the geneticist told us our son had all the symptoms and characteristics of a child with a rare genetic disorder. He said there was only a small chance they would ever be able to find out exactly what this disorder was, and there was only a small chance he would ever walk or talk. My wife and I left the hospital in a state of absolute devastation, struggling to comprehend exactly what we had just been told.

Looking back, the journey into the unknown world of special needs started long before that day, but it marked a defining moment in my life. Things will never be the same again for me or my family. 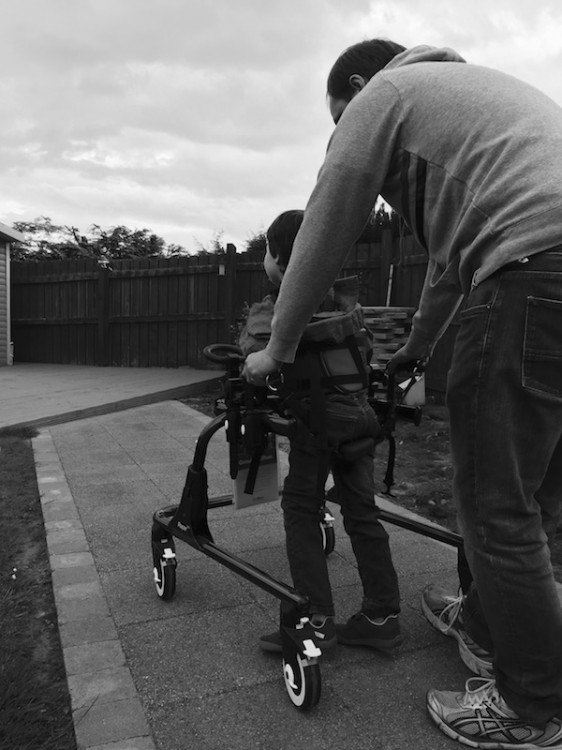 For others on a similar journey, I’d like to share some of the things that make being a special needs dad so difficult, so different and, more importantly, so special and rewarding.

There’s no point in glossing over the obvious. Having a child with a profound disability or disabilities is hard. It’s hard on the entire family. Just how hard it is can be difficult convey to anyone who hasn’t been in that position.

The journey can be particularly hard on dads. There’s an overwhelming assumption from society that if you’re a man, you’ll be grand. I think it comes more naturally to moms to talk about stuff and get involved in things like special needs support groups, while we dads tend to bottle things up, continue to keep our heads down and pretend that everything is fine so that we can support our family. It can feel like an isolating journey for a special needs dad.

2. Of course I’d change things if I could.

I don’t understand people who say they wouldn’t change anything. That doesn’t mean I don’t love my son; I do, more than words can say, but I would love to make things better for him.

3. It’s easy to get angry and frustrated.

I like to think of myself as a fairly relaxed person. However, at times, the sheer physical and emotional exhaustion of it all tests this part of my personality to the limit.

I think it’s unjust how our society treats people with disabilities, regardless of how advanced and accepting most of society sees itself. I feel a sense of injustice when I can’t physically be there for my son at all his doctors’ appointments because I’m trying to hold down a job.

I get unbelievably angry with friends and colleagues who have healthy children but continue to complain about how much work their kids are or who  point out how marvelously their kids are doing on their latest achievement. It can be impossible not to let it get to you at times.

4. Different is our new normal.

Nothing prepares you for having a child with special needs, but that’s not entirely a bad thing. I’ve learned so much in the five years since my son was born. I feel genuinely privileged to be his dad.

Our lives are unrecognizable from what they were, and they’re unrecognizable from those of our friends who had children around the same time as us. I sometimes feel like I’ve entered a parallel universe, one that lets me view things in an entirely different light. If my son has taught me one thing, it’s knowing what is important in life. Different certainly isn’t always a bad thing.

5. You just have to go with the flow.

Like most dads, I like to think of myself as the organizer, the leader of the pack. On days out or holidays, I used to have plans sorted out long in advance so I knew what to expect, what we needed to do and when we had to be somewhere.

Now I’m just glad if we get out of the house. As our son gets older, he’s getting better, but for several years, his severe sensory processing disorders meant that no matter how well we planned something, it could be over before it began. We just take things as they come. If the day goes to plan, then brilliant; if not, then there’s always another time.

6. It can restore your faith in humanity.

No one demonstrates this point more than our youngest son. He was born around the time we received the diagnosis from our geneticist, which in itself was terrifying. We worried that he, too, would be affected, but thankfully he wasn’t, and he’s now doing his bit to restore my faith in human nature.

He has grown up knowing nothing other than his big brother having a profound disability. He’s only 3 years old, but ever since he’s been able to walk, he’s been looking out for his big brother. It’s not anything we’ve done; in fact, I’d say at first we probably went out of our way to hide our eldest son’s problems from him in some misguided attempt at protecting him.

We didn’t have to, because as he continues to grow and develop, so does his sense of kindness and love toward his big brother. It’s a beautiful thing to see and sometimes pretty hard to believe. Getting to witness this human kindness is something special.

7. The awkward silence (and the screaming inside).

I’m sure every special needs dad has been there more times than they care to remember. On the rare occasions when I venture out on a “boys’ night” with friends I’ve known all my life, I dread the small talk. It’s almost like everyone is dancing around the subject. But when it does come, I just want to scream.

Me: “Brilliant, in his own wee way… we’re really pleased with how he’s coming on.”

Friend: “Oh right, brilliant. So has he started walking and stuff then.”

Me: “No, no, we’ve managed to get him to stand for a few seconds without holding him.”

Then it happens, the awkward silence, followed by the dawning realization on their faces that they have absolutely no idea what is going on in my life or what it means to have a child with a disability. 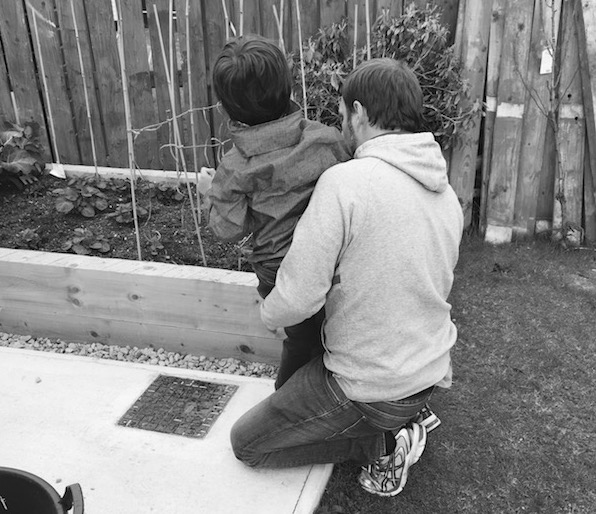 I have no idea who came up with this nonsensical idea that parents get used to living with no sleep. I can only guess it was someone with a child who maybe didn’t sleep that well for the first 12 weeks of his or her life.

Also, my child isn’t a newborn you can carry around in one hand. My child is a 5-year-old, but one with low muscle tone who can’t support his own weight when he’s up all night screaming from something associated with his condition.

My son has never said a single solitary word to me and most likely won’t. We will never go to the pub for a pint together, and we’ll probably not manage to get to many sporting events together. But for all this, I love him more than life itself. I think I’m probably overprotective of him, but I’ll make no apologies for that. He can’t speak for himself, so that’s down to me, his mom and his little brother. I’m a dad on a mission and I’ll do everything I can to make sure his life is as good as it can be. 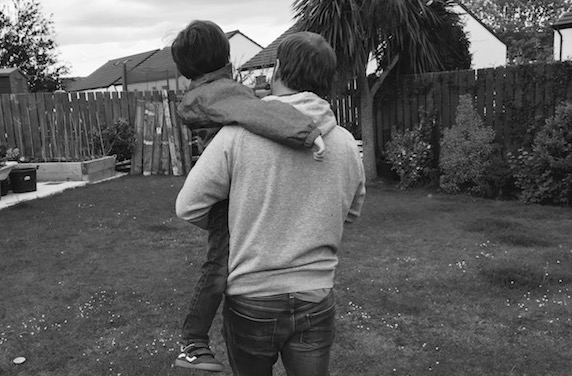 Regardless of everything, I still think I’m one of the lucky ones. My little boy brings so much joy and love into our lives, and his smile brightens up the darkest moments. I know that in his own wee way he’s happy, and for me, that’s all that matters.

A version of this post originally appeared on Firefly Friends.

William S is dad to two little boys, ages 4 and 6. In many ways he&#8217;s just a typical dad playing with sons and planning their futures. However, the future for his eldest son is unclear because he has profound disabilities with an unknown cause. &nbsp;

william-s
Want more of The Mighty?
You can find even more stories on our Home page. There, you’ll also find thoughts and questions by our community.
Take Me Home