When I Found the R-Word in My Child's Book

My husband and I were in bed reading the other night (OK, I was playing the stupid “Inside Out” bubbles game I can’t stop playing and he was watching “Star Wars” trailers), and he got a text from his sister pointing out that in a book she was reading, someone was described as “retarded.”

As luck would have it, she was reading a book I’d recently purchased to give our 7-year-old for either Hanukkah or Christmas — one of the “Who Was” series that’s so popular amongst his second-grade cohorts. They were buy two, get one free at Barnes and Noble, and I’d literally spent an hour poring over our choices, from Stan Lee to Rosa Parks, ultimately deciding on John F. Kennedy, William Shakespeare and Albert Einstein. 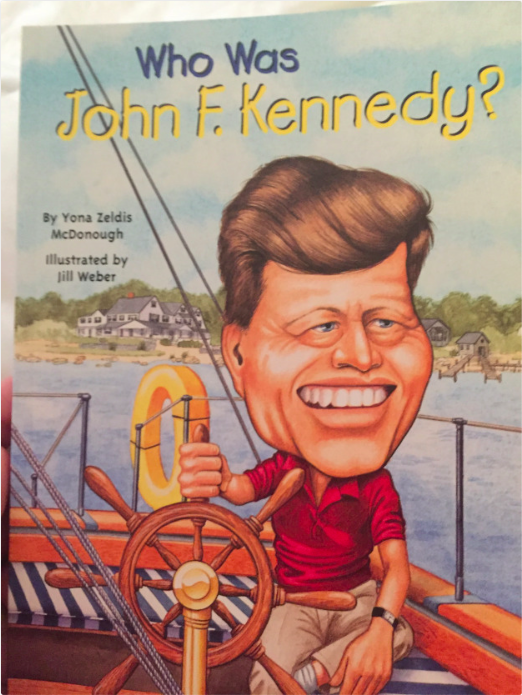 They’re fantastic nonfiction books on a variety of topics, and since they’re in the children’s section, I don’t generally feel the need to preview them before handing them off to my voracious reader. But as my sister-in-law noticed, the section about the nine Kennedy children in “Who Was John F. Kennedy?” stated that “Rosemary … was retarded.” Insert record-needle screech here.

I’d chosen that book in particular because my older son, born on Presidents Day in an election year, is named John Kennedy. His brother, 4-year-old Will, has Down syndrome and participates in the Special Olympics, which wouldn’t be a possibility without the Kennedys. We are, as a family, outspoken advocates of eliminating the use of the word “retarded” or any of its iterations in the pejorative. We’ve taken on soccer support groups, local publications and I even collared an errant middle-schooler once. It’s something of which we’re exceptionally cognizant and we actively work to change. Our son knows that, and he’s been known to take umbrage as well. So if he’d seen the book, he’d have blown a gasket.

I wrote a quick email to the publisher (Penguin Random House) and tweeted it. I went to bed. I woke up in the morning to an apologetic email from the publisher and an offer to send a replacement book. I appreciated that and promptly went about my business. I did stop into the boys’ school library to see if they had the book, and the librarian offered to take it off the shelf.

Later that day, I got another email from the publisher with an image of how the page now reads, having omitted the offensive language. “Rosemary was born in 1918.” I don’t know if it had already been rewritten or if the rewrite was done at my behest, but it doesn’t matter, as long as it’s done. 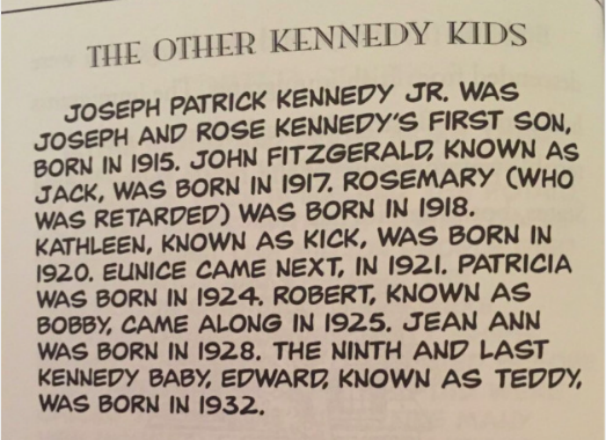 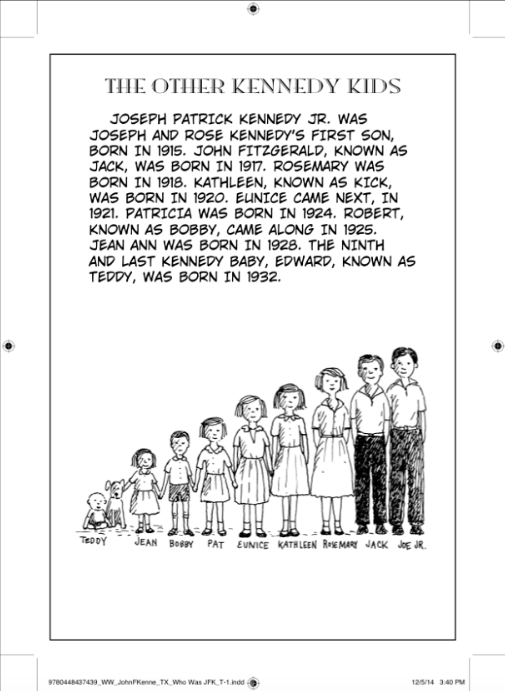 I appreciated the quick and unequivocal response from the publisher: We’re sorry, and we will fix it. In my experience, that’s what happens about two-thirds of the time. Penguin Young Readers Group really came through as a shining example of how to address this kind of complaint. I couldn’t have asked for a better response.

And then I got a letter from them with a copy of the newly revised book. The wording, it said, was “inappropriate and hurtful.” The editor herself, Jane O’Connor, took full responsibility and could not have apologized in a more thoughtful and caring manner. I’m off to Barnes and Noble in the morning to buy 12 more “Who Was” books, because I know one day, someone will be buying “Who Are The Hayes Brothers?” 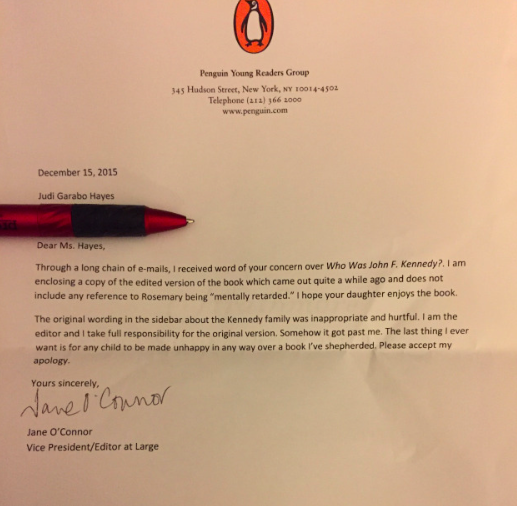 Judi Hayes
•
Follow
judi-hayes
Want more of The Mighty?
You can find even more stories on our Home page. There, you’ll also find thoughts and questions by our community.
Take Me Home