How the Symptoms of POTS Affect My Life

I was officially diagnosed with dysautonomia the Friday before Memorial Day weekend of this year, but I have had it since I was a child. I also have postural orthostatic tachycardia syndrome (POTS). If you’ve never heard of dysautonomia or POTS before, no worries, I’ll explain. But before I do, I’ll give you a little background on my journey to diagnosis.

I’d grown up getting sick a lot, and I mean with a variety of sicknesses… scarlet fever (throwback to pioneer times), reflex sympathetic dystrophy (a nerve disorder that started one day in my left foot while I was in the fourth grade), a rare strand of E. coli, and I could go on. I suffered from four concussions throughout my teenage and young adult years, which I believe contributed to my ongoing issues with migraines. My Junior year of high school, I accidentally consumed a little of the local water in Mexico, which turned into three years of excruciating stomach issues and lactose intolerance.

Fast forward to college. I went from fainting once a semester to once a month to once a week at its worst. I would get no more than a three second window to alert someone I was about to faint when an episode was happening. I’d been to the ER several times, wore a halter monitor for a month, doctors ran many EKGs and still, the doctors could not figure out what was happening to me. I was told to salt my foods, drink more water, wear compression socks and perform weight bearing exercises. Let me tell you, this did not do the trick.

I couldn’t function and had no choice but to take a semester-long medical leave from school to figure out what the heck was going on.

Finally, as a sort of “last resort” my cardiologist ordered the tilt table test, where he could witness me faint. I did and so it gave me the criteria needed to get started on a medicine. Midodrine and I had five good years together where most of my symptoms were managed and the fainting was fairly controlled. And then, earlier this year, it stopped working for me completely.

For the last eight or so months, I’ve been struggling again to find the right medication and treatment plan and have learned it is not a simple fix.

And then there’s POTS, a form of dysautonomia, which is a condition where your heart rate can jump 40 beats per minute (BPM) or higher when transitioning from a supine position to sitting or standing, and then your blood pressure drops and you feel awful. Symptoms include things like dizziness, lightheadedness, fainting, chest pain and shortness of breath, nausea, exercise intolerance, inability to regulate body temperature, shaking, lack of concentration, heart palpitations, brain fog, and it goes on.

A person with POTS may experience several or even all of the following symptoms:

Many of the symptoms I just listed are invisible, but they are very real.

I look perfectly healthy on the outside, but in the inside, I have dealt with all of the symptoms above. All may not be present every day, but I deal with a good amount of them on a daily or weekly basis. Really, unless you witness me faint, it might be hard to believe something is wrong with me – which makes it harder for many to empathize.

The joke us “POTSies” get is that we look great and sound great, so we must be great.

So, what does it actually look like to have some of these symptoms?

Brain fog feels like being on drugs that make you really loopy and out of it, except in reality you are sober and the drugs rarely wear off. I deal with brain fog every single day and it is easily the most limiting symptom for me. I haven’t been able to drive for a while because of the inability to focus, see straight and for fear of having a fainting episode while behind the wheel. Imagine having to figure out ride situations to go to work, get to doctor’s appointments, social events, or anything else. I haven’t been able to work well because it’s nearly impossible to stay focused and fight the fog to get stuff done. Focusing for too long on the computer exacerbates all my symptoms and brings on migraines as well.

Brain fog also has affected my memory. I write everything down and set phone alarms to remind me of things throughout the day, because if I don’t, I lose the thought or I won’t get it done. I forget when I’ve taken my medication or if I’ve taken it at all, I leave my keys in the door, and I forget simple words in conversation because my recall and processing time is all wacky.

Light sensitive, noise sensitive and debilitating pain in my head. I’ve been waking up with these on the daily over the past few weeks. It’s tough enough trying to get out of bed when you’re completely exhausted, dizzy, and weak, but then throw a migraine on top of it, and it becomes nearly impossible. 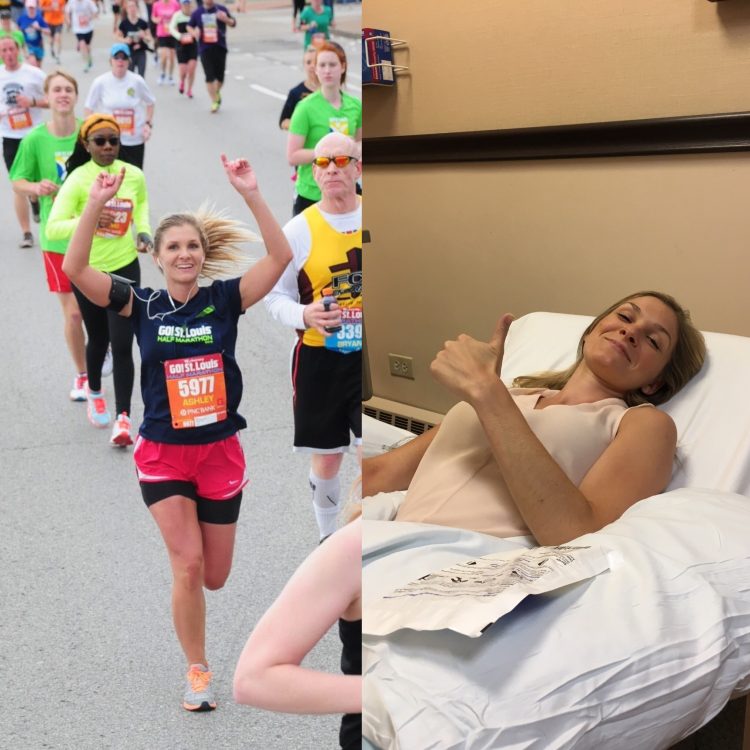 Getting up quickly is simply not an option for me. Morning’s tend to be one of the most symptomatic times of the day. I “sloth” out of bed, which involves me slinking off my mattress slowly and then when I’m ready to stand, I grab hold of things around me to carefully hoist myself up. If I get up too quickly, one of two things typically happen:

1. I begin to feel light headed, get tunnel vision and begin to black out and sometimes faint.

2. I get bad palpitations because my heart rate just jumped 40 BPM higher than it was when I was lying down. My blood pressure begins to crash so it feels like my heart is working too hard, my breathing becomes labored and I often get chest pains.

Hot cold sweats. Tunnel vision. Sudden nausea. Weakness. And then it all goes black. Fainting is one of the most uncomfortable symptoms of having POTS. Plus, if I faint, it takes me an entire day to get feeling back to normal, my new normal that is. The last time I fainted a couple weeks ago, I could not walk by myself for the rest of the evening and had to lay in bed with fans, my legs elevated on my bed wedge, ice packs on my arms and water and salt by my side.

I used to run half marathons and work out nearly every day. Now I feel faint after walking just a mile or I get overheated. Working out is just not an option for me at the moment. I’m too weak and fatigued for pushups. Whenever I try and do any kind of cardio, weights, or even strengthening exercises, my heart rate speeds up too fast and palpitates so hard that I feel it might beat out of my chest. If that doesn’t happen, I get such a bad head rush or headache that I feel I might faint. I’ve been told exercise overall helps to manage the symptoms, but once you hit a point where it’s hard to exercise, it can actually make symptoms worse.

I get hot and cold really easily. I can get goosebumps when it’s 70 degrees out and I get overheated and feel faint even after sitting in a warm car for just a few minutes. I can’t be outside for too long in the summer heat, especially if there’s a lot of standing involved. This makes outside concerts, social events with friends, and barbecues without ample seating very difficult for me.

Not all patients with POTS struggle with the daily symptoms I experience, namely the brain fog, migraines, dizziness/pre-syncope, fainting, inability to exercise and failure to regulate body temperature. Fainting, for example, is only experienced by 30 percent of patients with POTS. I’m one of those “lucky” 30 percent, but it doesn’t mean you don’t have POTS if you’re not fainting.

Often, dysautonomia is linked to an underlying cause. There is no cure or standard method of treatment for all POTS patients. However, figuring out if there is something else going on and then treating that can help lessen the POTS symptoms.

I have been on medical leave from work for weeks. Soon I will be dropping down from a full-time employee to a part time contractor. I haven’t driven in over a month. I’ve started a couple new medications, but still have yet to find relief from my symptoms.