Waiting for the Other Shoe to Drop: My Journey With PH1

This article depicts Aubrey’s personal experience with PH1. Individual patient experiences will vary. All photos used in this story were sourced from PBS Medical Stories.

People always say to “look on the bright side,” but when you’re diagnosed with a rare disease, that can be easier said than done.

I was diagnosed with primary hyperoxaluria type 1 (PH1) – a rare, inherited disorder that can lead to kidney damage – when I was just 4 years old. However, my family’s history with PH1 began not with me, but with my younger brother Colby. Right after he was born, he became really sick. He experienced flu-like symptoms for days, until the unthinkable happened – his kidneys failed. As a four-year-old, I did not know the gravity of the situation until later. But, even then, I knew that everything changed for our family that day.

Colby received a kidney transplant before his doctors finally figured out what was making him sick – it was PH1. I remembered thinking that knowing his diagnosis would mean Colby wouldn’t be sick anymore. And while knowing his diagnosis helped my family better manage his health, it also meant that me and my siblings may also have it.

The doctors told my parents to have my siblings and me genetically tested immediately, and that is when my journey with PH1 started. I was diagnosed with PH1 at four years old, about four weeks after Colby received his diagnosis. Four years later, my little sister was also diagnosed right after being born. Somehow, our older brother was the only one who was spared. Because of our experience as a family – with three kids living with the same rare disease – our story is featured in an upcoming episode of PBS Medical Stories.

PH1 is caused by a defect in an enzyme in the liver, resulting in the overproduction of a substance called oxalate. This excess oxalate can combine with calcium and cause kidney stones and progressive damage to the kidneys, which ultimately happened to Colby. For Colby, although he had received a kidney transplant prior to his PH1 diagnosis, the overproduction of oxalate in his liver had remained an issue, and he eventually needed a liver transplant as well.

Once I learned I had PH1, I was scared I would go through the same things as Colby and eventually, I did. However, I was able to find solace in the fact that we had lived through this experience before and inspiration in my brother who made it through, which gave me the hope and determination that I too could get through this.

My PH1 diagnosis started to have an impact on my life around the time I was about 10 or 11 years old. I started experiencing nausea, but thought I probably just had a stomach bug. I rested at home waiting for it to pass, but when I didn’t get better, I went to the doctor and was told I had kidney stones. That was the first time I really felt I had PH1. And I mean I really felt it. The kidney stones were a painful, miserable experience that led me to finally accept that I had PH1 and that it was affecting my body. This realization was extremely difficult to come to terms with as a young fifth grader, but from then on, I began working with my doctor and family to manage the disease and persevere.

After experiencing my first round of kidney stones, I began to appreciate just how important it was to drink water and stay hydrated, as it flushes toxins from the kidneys. My parents were also extremely helpful – they were constantly on top of me to drink more water! I was drinking water constantly, and although I knew I needed to do it to support my kidney health, as a kid, sometimes it was frustrating.

Despite doing my best to avoid kidney stones by drinking liters of water each day and working with my doctor, I knew I could continue to get them, and it was a constant worry. Although I managed to avoid additional kidney stones for quite some time, they returned the summer before my senior year of high school. This time around, however, it was different. In addition to the pain and discomfort from the kidney stones, I was also experiencing extreme fatigue. The reason? My kidneys had suddenly started to fail, just like Colby’s did years ago. Within three months, my nephrologist decided that I needed to begin dialysis and get on a list to receive a dual liver-kidney transplant.

I was devastated. It had already been challenging to manage my fatigue – I had stopped hanging out with my friends and doing other activities I enjoyed, like hiking and swimming – and now I had to get dialysis several times a week for hours at a time. Adjusting to the changes in my social life and separation from my friends was difficult, and even though dialysis helped with my energy levels, I still felt tired and run down all the time. That summer, after graduating from high school, I watched from the couch as my friends went on camping trips and hung out at the beach. Though I had supportive friends who would come over and do things like watch movies while I got dialysis, I eagerly awaited and remained hopeful that my transplant would come through so I no longer needed to schedule my life around dialysis treatments.

I had imagined it would only be three or four months before I received my transplants. I was more stressed about the anticipation of the call telling me my transplant was available than I was about the surgery itself. After seeing my brother go through his transplants, I had a sense of hope and confidence, especially knowing that whenever my time finally came, I would go to the same hospital with the same doctors.

After a year of waiting on the transplant list, we finally got the call. It was a Tuesday, I was with my family at the movie theater, and I instantly recognized the area code on the incoming call as the location of the hospital. I left in the middle of the movie to take the call and spoke to a nurse who confirmed that there was a liver and kidney available and that I needed to get to the hospital as soon as possible to go into surgery. I ran back in and told my mom we had to get up and go – now! I felt a rush of both nervousness and excitement. This was everything I had hoped for, and it was happening just in time for me to be able to start college the following January. I felt so much relief that I was going to potentially be done with dialysis and I could finally move on with my life.

Post-surgery, the doctors said my dual transplant was a success, and for a moment, I was relieved. I thought it meant I could go back to my life before PH1 and live my life to the fullest again. While it’s true that I no longer have PH1 symptoms as a result of my dual liver-kidney transplant, my life has been profoundly affected by the disease and I still see its impact in so many facets of my life. Because of my transplant, I need regular blood tests and take a host of medications, mostly immunosuppressant drugs to prevent my body from rejecting my donated organs. 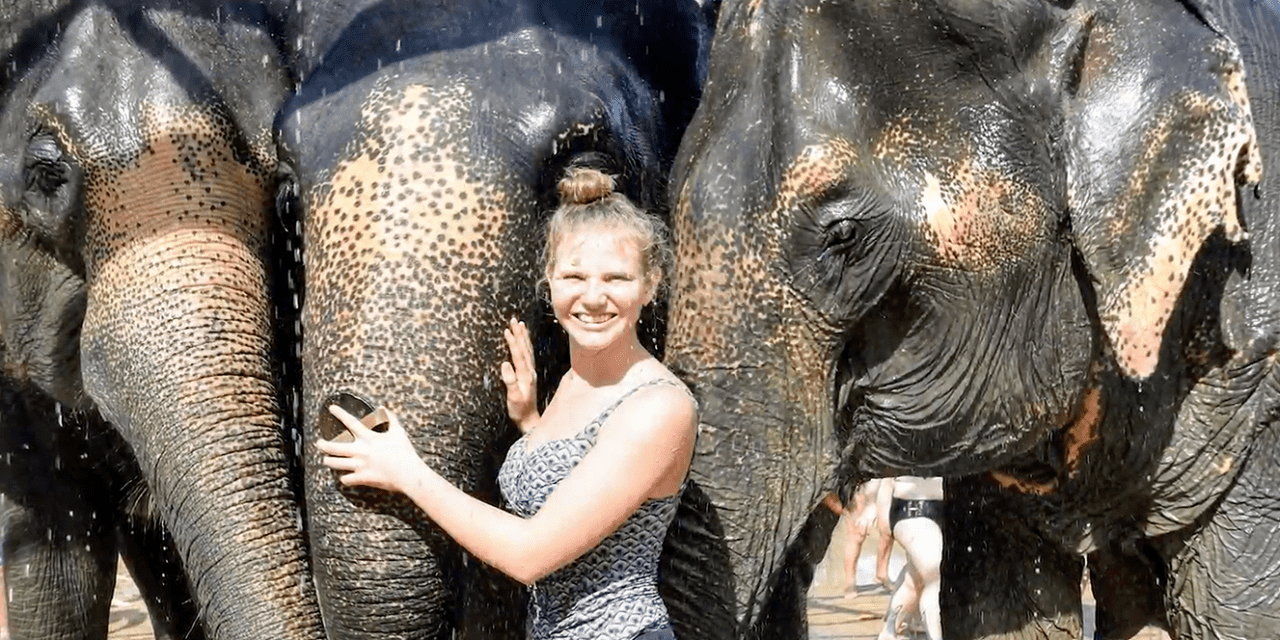 The most important lesson I’ve learned from my experience with PH1 is to have hope and remain positive. While it was challenging to experience kidney stones and to go through dialysis everything turned out OK – really, better than OK. I credit this to my family’s experience with the disease, my great care team and having a hopeful and positive outlook about the future.

My experience with PH1 has driven my will to live and to think positively, despite obstacles that are thrown at me. I am able to find peace, joy and happiness living the life I want to live. I’m even able to go camping, hiking and rock climbing – and yes, I still pack extra water!

Being able to do all the things I love brings me so much happiness, and I hope that by sharing my story, others with PH1 may see that, despite the toll PH1 had on my health, things got better for me. It was possible for me to find a way to live a life that brings me joy.

To learn more about PH1, talk to your doctor and visit TakeOnPH1.com. You can also find additional resources and support through organizations like the Oxalosis & Hyperoxaluria Foundation, American Kidney Fund, National Kidney Foundation or National Organization for Rare Disorders.

To hear more about my family’s story, stay tuned for our episode of PBS Medical Stories, coming soon.

Want more of The Mighty?
You can find even more stories on our Home page. There, you’ll also find thoughts and questions by our community.
Take Me Home
Aubrey C
•
Follow

I am a recent college graduate who was diagnosed with PH1 as a child, along with other family members. As a late teen, my condition worsened, and I ultimately developed end-stage kidney disease and received a dual liver/kidney transplant my senior year of high school. Now, I'm focused on raising awareness and helping others diagnosed with this rare, genetic disease, as well as on my new career as an occupational therapy assistant!