I’m not sure one ever reaches a point where she has “survived” her husband’s suicide. Done. Check. Finished. Love doesn’t work that way. Loss doesn’t work that way. It’s not over. It evolves with me. I will not get over it. I incorporate it. I integrate it. I still — yes, 10 years after the fact — talk about Sam and his suicide. I learn to live with it, but it’s not that I simply subsist in a state of melancholy. I find meaning and love and joy. I live my life with passion and integrity and gratitude and laughter and intention and momentum and a full home and an even fuller heart. None of which cancels out Sam’s death. None of which precludes the sporadic incidence of debilitating fear and heart-stopping anxiety. Loss and love and joy exist together. A big, beautiful mess of a life. That’s what it’s like.

Let me be clear on the issue of being widowed: All the ways to become a widow suck. There is no better or worse here. There is only bad. Period.

I still receive mail and even the occasional phone call for Sam, usually telemarketers, but also our local frozen yogurt joint letting Sam know his favorite peanut butter fudge will be featured this week. Some days this irritates me; some days it amuses me; some days it reduces me to tears. His photographs are in albums, in frames on the piano and displayed prominently on the family room wall. His handwriting appears on a random Post-it note, an old anniversary card and inside the front cover of a book. I introduce Sam’s cousins as mine, not only because it is easier than explaining the relationship, but after all we’ve been through together, I’ve simply commandeered them as my own. “Cousin,” for the record, is a word I love. There’s no confusion about cousins. Everybody knows a “cousin” might be a blood relative or might be that person (regardless of relation) who shows up at all the critical moments with a glass of champagne or a hug or both. The one who knows exactly what to say or when to sit silently. The one you count on. Now I even call Sam’s mother and father mine, because they have been parenting me for 27 years. Some days this annoys me, some days it makes me laugh. Some days their constant love humbles me to the point of tears.

I think about Sam every day — in phrases I hear that he would have said or would have found amusing, in restaurants he enjoyed, in experiences we shared, when I happen into a classmate of ours at lunch on Lake Avenue. In moments I wish he could see for himself, especially when I look into the eyes of his sons, or watch them graduate, or laugh at the hilarious things they say, or hold them tight when they crash and when life has disappointed them again. His children are suicide survivors, too.

It wasn’t supposed to be like this, but then it was.

Somehow this man I had known and loved for 17 years lost his way. Somehow he left me, his children, his mind and a note behind on that clear, fall Saturday afternoon, in an effort to end whatever emotional and physical pain he had been enduring. It was impossible to believe, but somehow it was true. The psychologists call this step in the process “radical acceptance,” meaning you don’t have to condone the event, but you do have to accept it, which sounds abundantly reasonable and straightforward — in theory. In practice, my first thoughts every morning for months were, This is not my life. This cannot be my life. This was not supposed to be my life.

I did not want Sam’s suicide to define our lives, but like the lightening bolt scar on Harry Potter’s forehead, Sam’s suicide has marked us in significant, permanent ways. Suicide is a complicated death — the ensuing recovery is likewise marked with an array of feelings, stigma and setbacks. In the balance somewhere between the crushing punches of abandonment, betrayal and death and the light-filled promises of presence, love and joy, we press our way forward. We aren’t done yet. We carry Sam’s legacy with us – his laughter, his intelligence, his warmth, as well as his fears, his flaws, his death. We carry him in his wholeness, as a husband, son and father, as a competent professional and as a man who struggled with debilitating back pain and depression. We continue to heal. We persevere, we laugh, we thrive. We are a family who lives with joy and disappointment, and laughter and tears; we remember, we pray, we hope.

If “suicide survivor” means Sam’s suicide didn’t kill me, then I guess the term is accurate, but I bristle at the limits set within the words themselves. I don’t want to be identified by the ways in which I’ve struggled (or the ways he did). It is true that his suicide was unimaginably hard to recover from, but “suicide survivor” puts too much emphasis on my widowhood and not enough opportunity for my post-widow-life. I do not want to be merely a survivor, I want to thrive. I want to be a warrior princess, an emissary for hope. I want to be named after an ancient goddess. I want a superpower and a cute outfit, but “Wonder Widow” gives an altogether wrong impression.

I do not mean to understate the gravity of Sam’s death. I do not want to imply that his death was somehow a gift. His life was the gift. Life and death are intertwined, of course, but suicide is unbearably confusing. If Sam had perhaps suffered a fatal heart attack from an undiagnosed congenital heart defect while he was picking up trash at the park after the kid’s soccer game, or died in a fatal car accident en route downtown to volunteer to feed the homeless, we might have experienced less shame, but the loss would still have been unfathomably painful. Somehow he thought we could live without him, and I resented his confidence. Somehow, we did, and I drew strength from his faith in us. That he could leave us both infuriated and comforted was one of the conundrums we have learned to live with.

“Suicide survivor” does not begin to speak to the full range of my experience. Then again, neither does the more familiar word “widow.”

When Pandora came to earth as a mortal, she was given a jar, but she was not told its contents. When she opened the lid, as any self-respecting, curious, intelligent woman would do, a tumult of evils — death, pain, selfishness, neglect, illiteracy, menopause, exclusivity, narcissism, cancer, gossip, fear, poverty, pride — quickly flew out to afflict mankind, each wielding its own unique brand of ugly. But a single blessing remains in the jar: hope. Her name is Elpis.

Too bad “Princess Elpis” sounds like a total drip.

Hope seems so small a power against everything evil — her small, pale, yellow self sitting humbly at the bottom of the jar, too slow to fly off with all the nasties on their worldwide adventures, her gossamer wings still folded neatly at her sides. She speaks softly but confidently, I’m here. I’m with you. I will not leave your side.

She seems a singularly unremarkable force against so formidable a foe.

When Sam completed his death, he unleashed all manner of horribles. Doubt, shame, shock, blame, fear, abandonment, suffering, sorrow, listlessness, confusion, loss, guilt, rage, regret, isolation. They swirled around me and my sons and our extended family and friends with a fervor that left us breathless. Hope seemed fanciful and ineffectual in the face of so much pain, a total myth. And yet… she was relentless with her loving presence.

Despite the overwhelming darkness, light did shine.

Friends showed up on my doorstep with tears in their eyes and gallons of ice cream in their hands. Telephone calls, notes and emails all arrived with messages of love, love for me, love for my children, love for Sam. Even on my darkest days, I had something to be grateful for. I had two reasons to get up and going every morning. I survived. I was determined that my sons would go on to have lives filled with love and joy and faith, but this would require that I likewise continue to build a life with more love and more joy and more faith. I moved from breath to breath. Within the terrifying silence, I began to hear a soft heartbeat and a voice I recognized: I am here. I am strong. This is my life.

If you had told me 10 years ago that Sam would end his life on a clear blue October afternoon, leaving me and our two young sons, I would have told you that you should really stop smoking whatever you were smoking. If you had continued predicting my future, insisting I would later fall in love with a handsome widower and open my heart to his two teenage sons, that we would get married, blend together a family with our four sons, two cats and a dog and add an “ours” puppy to the mix, I would have told you that you should really share whatever you were smoking.

That was never going to happen. But then it did.

Finding my way after Sam’s suicide was not something I ever anticipated having to do. It was harder than I could have imagined, but my life is also more blessed and meaningful than I could have dared to dream. I am not merely surviving; I am living a full and beautiful life.

There is, I should note, one aspect of the term “suicide survivor” that appeals to me. There is a whole community of beloved souls who call themselves suicide survivors: parents, children, spouses, siblings, friends and partners who have lost a loved one in this terrible way and who continue to find light in their lives. The loss might have introduced us to each other, but it is the love that unites us, a shared faith that death cannot extinguish the light of those we love, a mutual hope another’s suicide will not overshadow our own lives. This community embodies the untold possibilities for those who continue to live whole-heartedly.

I haven’t yet come up with a better term than “suicide survivor,” but when I do, you’ll be the first to know. In the meantime, I will say this: I am a suicide survivor. 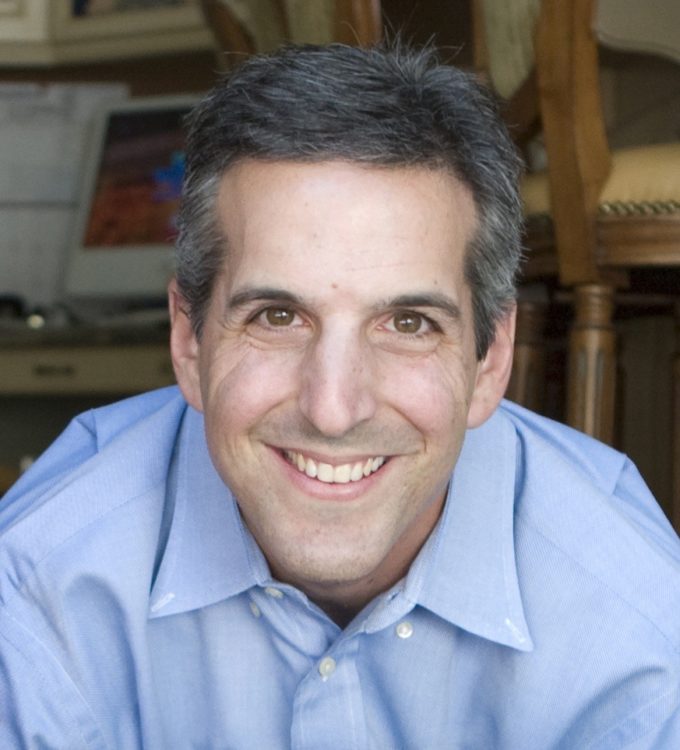 Charlotte was widowed in 2007, when her husband died by suicide, leaving Charlotte and their two young children. She writes from an insider’s perspective as the mother (and now step-mother) to four young boys (now young men) facing the loss of a parent and doing so with tears, insight and humor. She started the blog Sushi Tuesdays (sushituesdays.com) in an effort to bring hope to others.