I’m pregnant, so I get asked about my kids a lot lately (how many I have, if they’re boys or girls, if this is my last). For most people, it gets old and you get tired of answering. For me, it cuts deep. Every time. Usually I give the short, easy answer that I don’t have to explain. I have three girls, and I am pregnant with my fourth. I do it without thinking. It’s the happy answer. It’s the one that doesn’t make tears come into my eyes. It’s the one that makes people smile and congratulate me and go on with their days. It’s the answer I have to give.

But I don’t have three children, this baby isn’t my fourth. I have five children, and this will be my sixth. My three youngest girls that I had with my husband, they live with us. But I have two older boys as well. Two older boys that I had with my abusive ex-husband. I don’t have rights to them. I have no custody. I know, I’m a mother. How could that happen? Well, it did happen. It does happen. And it hurts like hell.

For the last five years I have not been their mom. That’s almost their entire lives. They are 6 and 8. I didn’t get to watch them start kindergarten or be the tooth fairy when they lost their first teeth. I don’t get to help them with homework or take them to dinner for their birthdays. I’ve never been to a parent-teacher conference at school or taken them to soccer practice. I didn’t get to kiss their boo-boos and I’ve never gotten to open their backpacks to find Mother’s Day crafts they made for me. I’ve never cooked them dinner or bought them new outfits for a special day. They have parents. And I haven’t been able to be one of them. It’s not that I didn’t want to. I did. I do.

Everyone thinks the courts are always on the mother’s side. When I breakdown and tell my story, they look at me in disbelief that this could happen or that I could let this happen. But they don’t understand. I don’t even fully understand.

Five years ago we split custody 50/50. I had no other kids and neither did he. Neither of us were remarried. And it was going OK. I missed them when they weren’t with me, but at least the other half of the time I had my babies. Until the worst day. I left for work in the morning. My kids were with their dad. It was still dark outside and really foggy and raining. I remember going down a hill and seeing a school bus. The next thing I remember is waking up in the hospital on a stretcher as they cut off my clothes, and putting my hand up to my face asking where my nose was before I passed back out.

I was in a car accident. A bad one. I almost didn’t make it. I was in the hospital for weeks. I had surgeries and procedures and everything you could think of. I can’t tell you much more about it, because I don’t remember. After I was transferred out of the ICU, I was moved to a physical  therapy rehabilitation facility where I spent a few more weeks learning to walk and do daily tasks again. They said I had a traumatic brain injury (TBI). I had never heard of this before. All I knew is now I had to use a walker, and I got dizzy easily and couldn’t remember anything from the last few months.

I was told later that while I was in the hospital, I signed papers giving up my rights and custody of my children to my ex-husband saying I was unable to care for them. I have no recollection of this at all. I eventually healed up enough to go home. Physically, at least. I continued outpatient PT for a few more months and then I was discharged. I was better. Well, I could walk at least. You never really get “better” after a TBI.

After my TBI, I became a different person. I was no longer my old self, I didn’t even know who she was, but others remembered her. I focused on myself and recovering. I got married. I had more kids. I missed my sons. I really did. But every time I thought about it, it hurt. I dreamt about hiring a fancy lawyer and getting custody back. I looked into it many times. I couldn’t find anyone that would take my case for an amount of money I could afford. I couldn’t do it without a lawyer. He has a good attorney on his side. He owns multiple properties all over the U.S. and has money, a wife and a stable home that my kids have lived happily in for the last five years. Why would I take that away from them? What judge would take that away from them? I can barely make my bills. I never have extra money. The school district I live in isn’t great. I have three, soon to be four other kids. They wouldn’t have their own rooms. I can’t afford new wardrobes and electronics for them. So, I dream and I cry and I drop it. 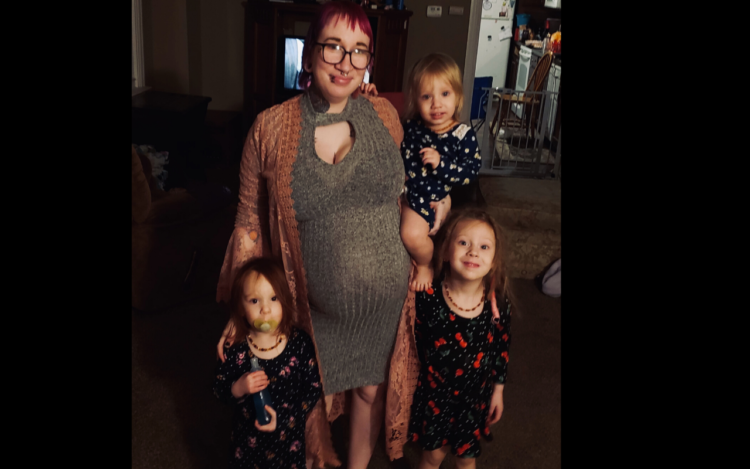 Then I think again, to what my children deserve. They are happy. They’re smart. They’re loved by so many people. They live in a stable home with pets and friends and everything they could want. They’re in gifted classes at their school. They play soccer and run races. They love their lives, they love me, my husband and their sisters…I know they do. I may only get to see them for a few hours a month, at someone else’s house but they know I care. They know I’m their “real mom.” I know they don’t know the whole story and they probably don’t remember ever living with me, but that’s OK because I know they’re alright. And I know I love them and I know I’ll spend the rest of my life proving that to them. One day when they’re older, they’ll ask for me. And I’ll be here with open arms.

I don’t have custody of my kids, but I love them more than anything and it hurts every day. If you’ve judged parents without custody, I hope this gives you some insight and maybe you’ll think a little more before judging. You don’t know everyone’s story. You don’t know how much their heart hurts and you don’t see the tears they cry. You don’t know what happened or why, all you see is the outside layer. Look a little deeper.

summershandy
Want more of The Mighty?
You can find even more stories on our Home page. There, you’ll also find thoughts and questions by our community.
Take Me Home