The Odd Email I Received About My Son’s Hair-Pulling

If you struggle with a body-focused repetitive behavior, the following post could be potentially triggering. You can find resources at The TLC Foundation for Body-Focused Repetitive Behaviors.

This story has been published with permission from the author’s son.

We’ve all heard it or have said it:

“I’m so stressed/worried/frustrated that I’m pulling my hair out!”

My son struggles with trichotillomania. What a freakin’ long word — trik-o-til-o-MAY-nee-uh. For those of you who don’t struggle with this, it is the compulsion to pull your hair out. Oftentimes, it is due to anxiety… and sometimes the person has a history of obsessive-compulsive disorder (OCD). Only 1 – 2 percent of adults and adolescents even have this condition; my son won the jackpot.

It first began in early 2015 when he was a sixth grader. I received an email at work letting me know he had pulled out some of his hair; the teacher found some hair on the desk where he was sitting. I thought it was odd to receive such an email. A little hair, no big deal. I wasn’t prepared, though, to see the full extent. Pulling through the line of cars at school dismissal, I saw my boy walking briskly to the car, and my eyes took in the full scope of what has happened. Tears fought to be released, yet I desperately attempted to hold them in. 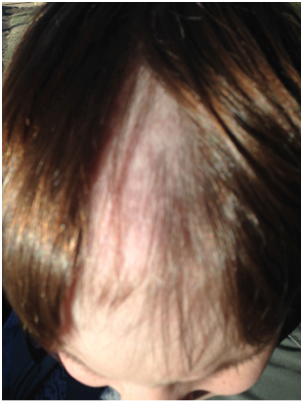 I began talking to him, asking about what had happened. He didn’t initially realize he was doing it — it was a subconscious action. In the aftermath, his scalp was sore and the embarrassment set in. Soon, medications were adjusted. He experiences mental health struggles: anxiety, depression, attention-deficit disorder (ADD) and OCD.

I recall my younger brother having a slight issue with hair-pulling when we were young, but nothing that seemed to be a big issue; he got past it after a short while and it never returned. Eventually, my son got past it too. It subsided, and life reverted to normal… until recently.

In November 2017, it began yet again. This time, he pulled from the top of his head… and his underarms. (Ouch!) 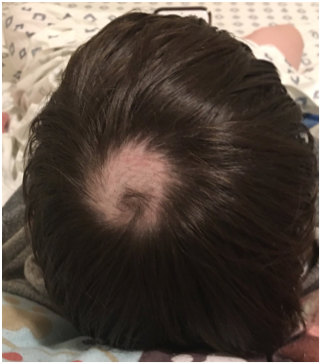 These compulsions are often anxiety-based. They help calm the inner turmoil. He mentioned how anxious he is about school — keeping up with his work and worried about upcoming exams — and even concerned about getting into college. He’s a freshman in high school, yet life’s troubles weigh heavily on him.

As I read up on trichotillomania, I learned that sometimes other compulsions emerge before hair pulling: picking at the skin, biting nails, chewing lips. Sometimes pulling hairs from pets, clothes, blankets or other items may be other indications something is wrong, as well. With trichotillomania, the most common places to pull out the hair are the scalp, eyelashes and eyebrows.

I began contemplating what, if any, mannerisms my son may have had. The only other quirks I noticed in my son that could have been red flags were constantly sucking/chewing on a necklace he wears and “playing” with his eyelashes. Before the necklace, he’d chew on the neckline of the shirt he was wearing, or even his bed sheets — a hitch we struggled with for years. 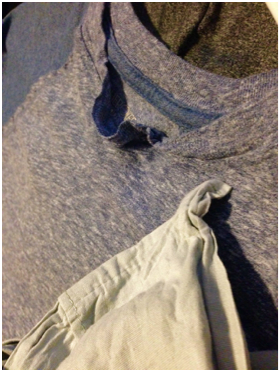 If you notice any small behaviors within yourself or others that may be related to trichotillomania, take action now.

Don’t allow yourself or others to struggle alone.

Lead Photo by Marco W. on Unsplash. Images in article via contributor.