Becoming 'the Girl Without Eyebrows'

It started right after the ACT in my junior year of high school. The morning started off like any other at my boarding school. After being woken up at 7:15, we got ready, had our breakfast and checked ourselves out in the mirror, making sure we at least looked alive. We were ferried over to school and into our respective classrooms. The juniors were moved into the foreign language classroom to take our ACT. We got our pep talk and were off, scribbling away. I got through the test but not without a lot of anxiety. I thought the worst was over once I finished and stepped out of the testing room.

Boy, was I wrong.

For the rest of the day, I got funny looks from my friends and teachers. They said I looked different. They asked if I was OK, and I wrote it off to being stressed. For the rest of the school day, I was shaky and jittery. I wondered why people were so concerned about me; anxiety was not an abnormal thing for me, and they had seen me a lot worse. I was completely clueless until I walked back into the dorm. Catching my reflection, I was stunned. Something was off.

It took a while until I realized the thing that was missing was half of my right eyebrow and a chunk of my left. My anxiety had been so severe that I had pulled out my hair without even realizing it. 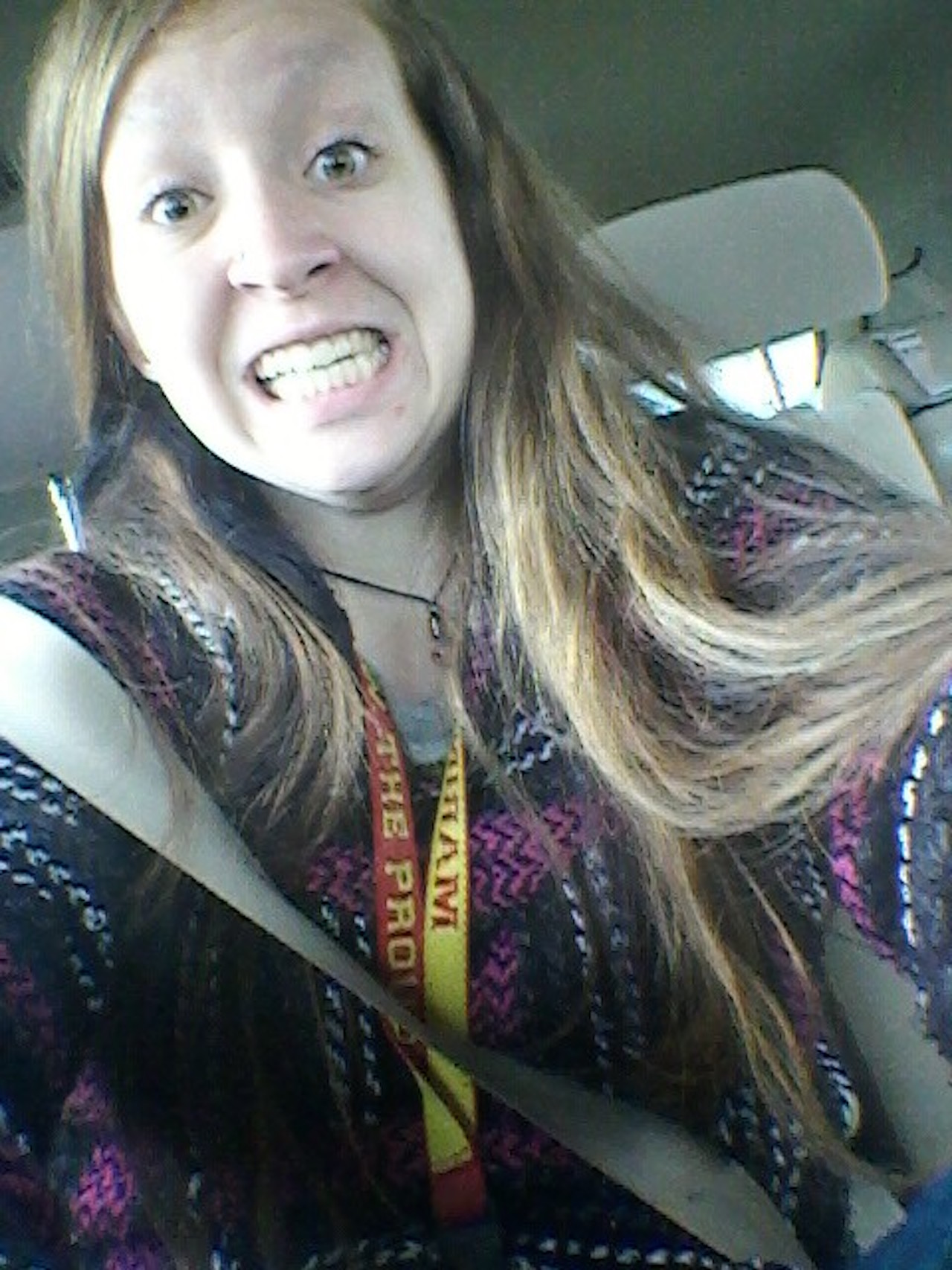 That was really the beginning. In some ways, my trichotillomania made me learn to accept myself. It kind of threw me into the deep end. Since my hair pulling was mostly focused on my eyebrows, it wasn’t something I could hide well. I mean, yeah, you can draw on eyebrows, but it always looked fake and took up too much time. It started ever-so-slowly: one morning, I forgot to draw them on, and as soon as I realized that, I also realized I didn’t feel better or worse about myself because of it. Then it progressed to a couple mornings a week where I would just be too lazy to even pick up the eyebrow pencil. Eventually, I’d hardly ever draw them on. I became the girl without eyebrows, and I learned to be OK with that.

I started finding confidence. If my eyebrows were drawn on and became smudged, I would laugh about it with my friends. I started looking in the mirror again. While I was at first self-conscious about my trichotillomania leading to my lack of eyebrows, I learned to be OK with it.

Being OK with not having eyebrows helped erase some of my other insecurities. My acne, once a point of embarrassment, just became a pain in the butt and nothing more. I didn’t see the acne as a bunch of blemishes; I accepted it was there and that my skin would be a little red for a while, but that was OK. I learned that I am much more than my physical appearance.

Years later, I have a better grasp of my anxiety, and while I still sometimes pull at my eyebrows, I am never eyebrow-less.