The Hardest Parts of Being Undiagnosed

April 29 was Undiagnosed Disease Day, created to raise awareness for all who are living with undiagnosed conditions or diseases. Organizations like the National Organization for Rare Disorders (NORD) and the Rare and Undiagnosed Network (RUN) help to support and provide resources to people and families who are undiagnosed.

The Mighty teamed up with NORD and RUN to ask our communities: what’s the hardest thing about being undiagnosed? The undiagnosed community’s responses reflect the frustration and oftentimes despair of continuously searching for answers and living with the unknown.

1. “The hardest part for me is having people think you’re lying or ‘crazy.’” — Francesca K.

2. “Being undiagnosed means not being believed.”– Wendy E.

3. “It’s being pushed into a corner where you are neither seen nor heard. You don’t get a legitimate reason for missing work. You get awkward looks and remarks like, ‘you’re just not trying hard enough to feel better.’ A diagnosis means strides towards acceptance, support, awareness, and most importantly, the right prescriptions and therapies to treat a disease.” – Tiffany T.

4. “It’s not knowing what the future holds or being able to tell someone what your diagnosis is. People sometimes don’t believe the challenges are real if they don’t have a name.” – Morgan M.

5. “It’s people telling you that your son looks well, but they don’t see the pain you endure with mysterious symptoms and behaviors every day. It is that burning feeling of a mother’s intuition to want to make it better, but you can’t. It’s knowing that there are doctors that get it, but they have no idea what to do either. Then you are left to deal with things symptomatically, with no idea if you are making things worse. The hardest part of being undiagnosed is being here in the first place and wanting so badly for it to just be over.” – Margaret F.

6. “It’s not knowing what it is. Is it going to reduce my lifespan? Will I be able to move? Is not knowing delaying treatment that could save my life? Not only is that prospect scary, but you’re utterly alone without a community of people who understand. I’m still undiagnosed because there aren’t definite tests, but I’m being successfully treated for a disease I ended up diagnosing myself because most doctors just don’t understand or know.” – Liberty W.

7. “The hardest part about being undiagnosed for us was not wanting to overreact or under-react to specific symptoms and conditions. It can be such a difficult situation as your child’s best advocate to try and help them, when you don’t have a clue what you are fighting.” – Makayla A.

8. “My daughter’s rare condition was undiagnosed for four and a half years as she continued to decline. The scariest part was the medical abandonment. Multiple doctors and specialists told me her symptoms were outside of their scope of practice, yet didn’t help us to find a doctor anywhere in the nation willing to take her as a patient. Thankfully, I did loads of research myself to narrow in on what the condition is. Through medical groups on Facebook, I was directed to a medical professor halfway across the nation who later confirmed I was right about the rare condition she has.” – Wendy R.

9. “It’s like riding a roller coaster in the dark. Just when you get the feel for where you are going, the floor drops out from under you and you are plunged into another ‘unknown.’ You are the expert, your child’s strongest advocate, you push and push and push to make sure they have the very best chance.” – Brianna D.

11. “It’s not knowing what tomorrow may bring. As my dear friend says, we are slowly putting together a puzzle pieces with every test they do. I feel so alone when doctors choose to not help me because I’m rare. I’m special because I get up every day and make the best out of life.” – Rachael F.

12. “The not knowing what it is you have, coupled with doctors who instead of saying, ‘I’m sorry I don’t know, but we will work to get the answers,’ respond with ‘you’re making it up.’” – Tam B.

13. “For me, it’s the unpredictability behind it all –the flares, chronic pain, the talk of potential diagnoses, reactions of others (especially physicians), medication effectiveness, the future, etc. It’s all very overwhelming when you think about the different variables.” – Kate G.

14. “The uncertainty is the worst. My two-and-a-half-year-old wasn’t diagnosed until he was 2 years old. It was by far the longest two years of my life. I had to subject him to test after test in hopes that one diagnosis would lead to another which would finally get us to the root of the problem.” – Courtney M.

15. “It’s picking yourself up again and facing the challenge again after each test comes back without an answer. Sometimes you just want to lay there, defeated. But you know that will get you nowhere, so you start back at the beginning — more research, new doctors, new testing and then comes the excruciating waiting for an answer. It’s a cycle, and it is painful.” – Katia L. 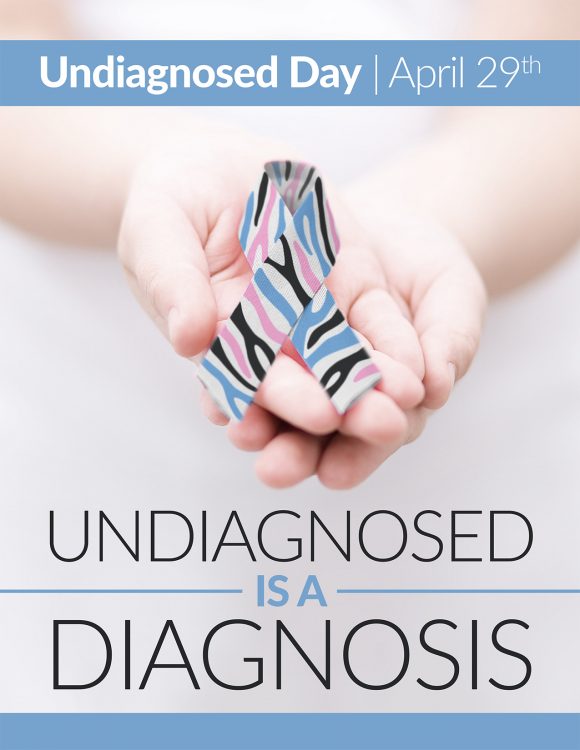 What’s the hardest part of your experience with being undiagnosed? Let us know in the comments below.

ADS is The Mighty's rare disease contributor. Her passion for advocacy and helping others make real, meaningful connections is what fuels her work.

adsilva
Want more of The Mighty?
You can find even more stories on our Home page. There, you’ll also find thoughts and questions by our community.
Take Me Home