On Monday, Michelle Carter’s legal team filed an appeal with the U.S. Supreme Court asking the court to review Carter’s conviction on the basis of constitutional violations. Carter was convicted of involuntary manslaughter for her role in the suicide of her boyfriend, Conrad Roy III, who died in 2014 after text messages showed she encouraged him to complete suicide.

In 2014, as a teenager, Carter exchanged a series of text messages with then-boyfriend Roy, who was suicidal. Based on thousands of text messages between the pair in the weeks leading up to Roy’s death, investigators found evidence Carter played a significant role in his suicide. Investigators and prosecutors determined text messages to Roy and Carter’s friend, where she admitted her role in his death, were enough to criminally charge her.

Carter, now 22 years old, was convicted of involuntary manslaughter and sentenced to 15 months in prison in 2017. Her prison sentence was delayed pending the outcome of an appeal. After Massachusetts’ highest court, the Supreme Judicial Court (SJC), upheld her conviction and sentence in February, Carter began serving 15 months in jail, which her lawyers are again challenging.

“Michelle Carter’s conviction for involuntary manslaughter in connection with Conrad Roy III’s suicide is unprecedented,” the petition reads. “Massachusetts is the only state to have affirmed the conviction of a physically absent defendant who encouraged another person to commit suicide with words alone.”

Her lawyers argued Carter’s sentence is a conflict of other state Supreme Court rulings on similar cases as well as a due process violation for how the court interpreted the common law definition of involuntary manslaughter. In the filing, Carter’s lawyers said the common law definition used in court was too vague to provide protection against “arbitrary and discriminatory enforcement.”

“Michelle Carter did not cause Conrad Roy’s tragic death and should not be held criminally responsible for his suicide,” her attorney, Daniel Marx, said in a statement, according to BuzzFeed News.

In its decision to uphold Carter’s case in February, the SJC argued Carter was not covered by First Amendment free speech because her words through text messages encouraging Roy’s suicide were “speech integral to unlawful conduct.” The court added her actions were “wanton and reckless” and text messages clearly corroborated her role in Roy’s death.

Her lawyer’s appeal to the U.S. Supreme Court, which came one day before the HBO documentary on her case, “I Love You, Now Die,” is set to air, asked to overturn Carter’s sentence. But the petition focused on the constitutional issues involved in Carter’s case, as the Supreme Court primarily focuses on broader issues of constitutional law.

Now that a petition was filed, it is up to the Supreme Court to decide if they will hear Carter’s case. If the court declines, her current conviction and sentence will stand. The Supreme Court’s next session starts October 2019.

To connect with a community that cares, head to our #CheckInWithMe page. There you can read stories and post a Mighty Thought or Question to give and get support. 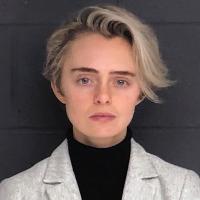