My son wakes up saying that his head hurts. He is exhausted. He has made it through a whole week at school and only fell asleep once during class. I encourage him to get up. We have swimming lessons first thing, and if we don’t get a move on we will be late. His little face looks sad, and his eyes well with tears, but he does as he is asked. It breaks my heart, but I know he can rest afterwards.

He smiles through his swimming lesson, laughing at his instructor and daring to attempt new things. He really loves being in the water. He keeps taking his goggles off. His instructor thinks he doesn’t feel like wearing them; I know his eye is sore due to the ulcers under his eye lid. Twenty minutes into the lesson they slow down the pace. His instructor quietly says to me as they swim past, “He is tiring easily today.”

He is weary as I dress him. Once home he lays on the couch while I cook him some lunch. It is only 10:30 a.m. He struggles to eat due to the sores in his mouth and eventually gives up completely. By 11:30 a.m. he is sound asleep and doesn’t wake up until late afternoon.

When he wakes I ask him if he is feeling up to going out. A friend is having a barbecue. He bursts into tears again, not because he is tired but because of the change to his routine. Structure and routine help keep his anxiety at bay. I want him to lead a life as full as possible though. I want him to have great experiences and fantastic memories. So I cuddle him and explain it will just be a quiet night out. His friends from daycare will be there. He will have fun. I enlist the help of a friend and between us we manage to convince him to give it a try. If he doesn’t like it, we can come home.

He spends the evening running around with his friends. He is squealing and laughing, having the time of his life. Every now and then I pull him aside to discreetly check his temperature. The physical activity has given him a fever. I encourage him to slow down, but he refuses. He is 6 years old and being a kid — running around, playing with friends and being silly. The problem is, his body struggles to cope with it.

As soon as we get home he announces he is tired. But he still has a fever. I give him an ice block to cool him down. He cries because it hurts the sores in his mouth. I tell him we will try a cool shower. He starts to sob, as he just doesn’t have the energy. His struggles to speak clearly by this point. With fatigue comes issues with memory, speech and cognition. By the time I get him into bed, he is asleep within seconds. I know he will probably have a seizure tonight. I know his legs will be aching tomorrow. His tiny body has had to work so hard today.

To those who don’t know my child, he looks like a healthy, happy little boy. He is able to mask his pain. If you look a little closer though, or see him in the comfort of his own home, you’ll see that much of what we all take for granted is difficult for him. Every night I fall asleep wishing for answers, for more effective treatment options, or better yet, a cure.

This is life with an invisible, chronic illness. It is a never-ending battle to find a balance between living life to the fullest and not fueling the struggles that comes as a result. As the parent of a child with an invisible illness, no matter what the diagnosis, we see the full story that isn’t visible to most.

Share
or  Copy Link
Link copied to clipboard.
Be first
175 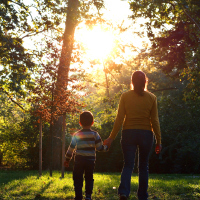